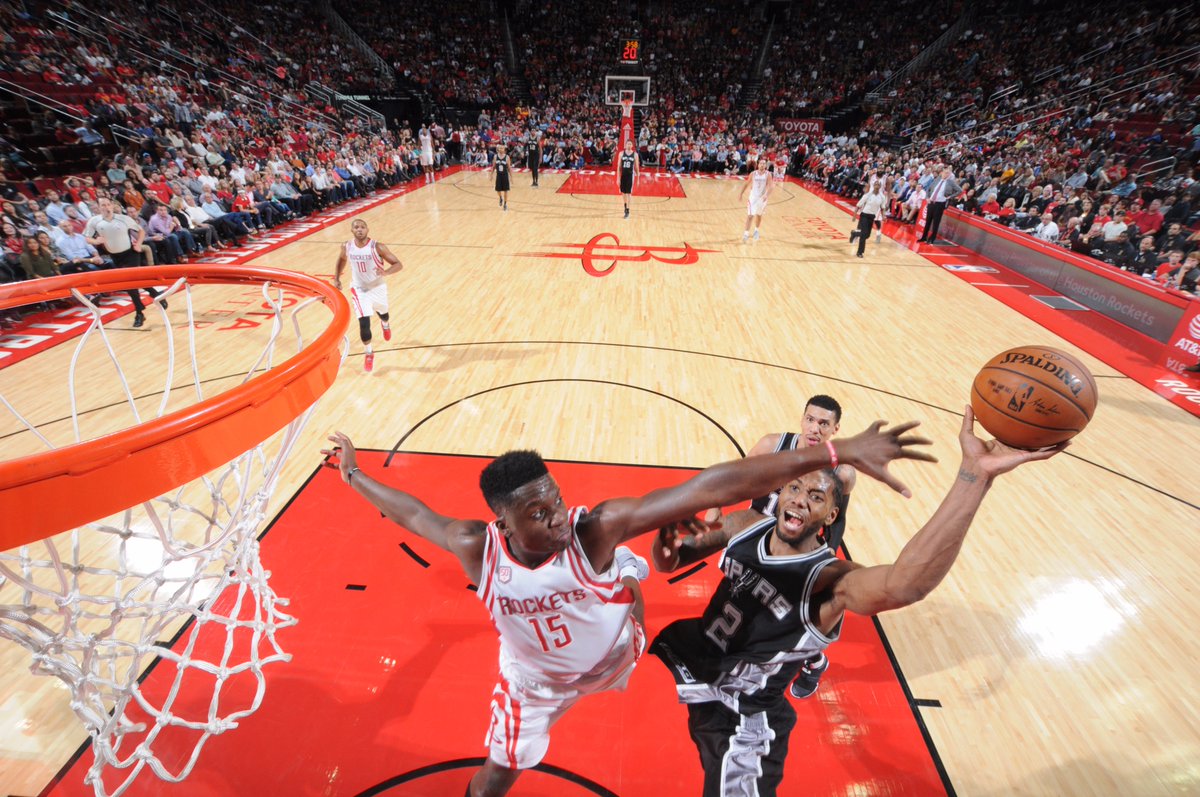 The San Antonio Spurs know they did not play their best at home on Wednesday against the Houston Rockets. Three days later, the Silver and Black would get their revenge and step up their play in the process.

Kawhi Leonard scored 20 points as he led the Spurs to a 106-100 win over the Rockets inside the Toyota Center on Saturday night.

“When you’ve got players like that, you’ve got to use them,” guard Manu Ginobili said. “You’re going to tell Cleveland not to go to LeBron (James)?”

LaMarcus Aldridge and Tony Parker each scored 16 and Pau Gasol chipped in 15 for San Antonio, who had their full roster for the first time all season.

San Antonio led by as many as 16, but Houston went on a barrage of three-pointers to cut the lead to six. The Spurs’ tough defense and key shots were key to closing out the win.

The Rockets were led by Eric Gordon’s 27 points, including 7-of-12 from beyond the arc. James Harden had another triple-double with 24 points, 11 rebounds and 13 assists for Houston (6-4), who played just their second home game of the season.

“You hate it because they’re a really good team,” Houston coach Mike D’Antoni said. “I like to play consecutive games against bad teams. Not good teams.”

Up next: The Spurs are now 6-3 on the season and will return to the court on Monday when they welcome the Miami Heat to the AT&T Center at 7:30 p.m.