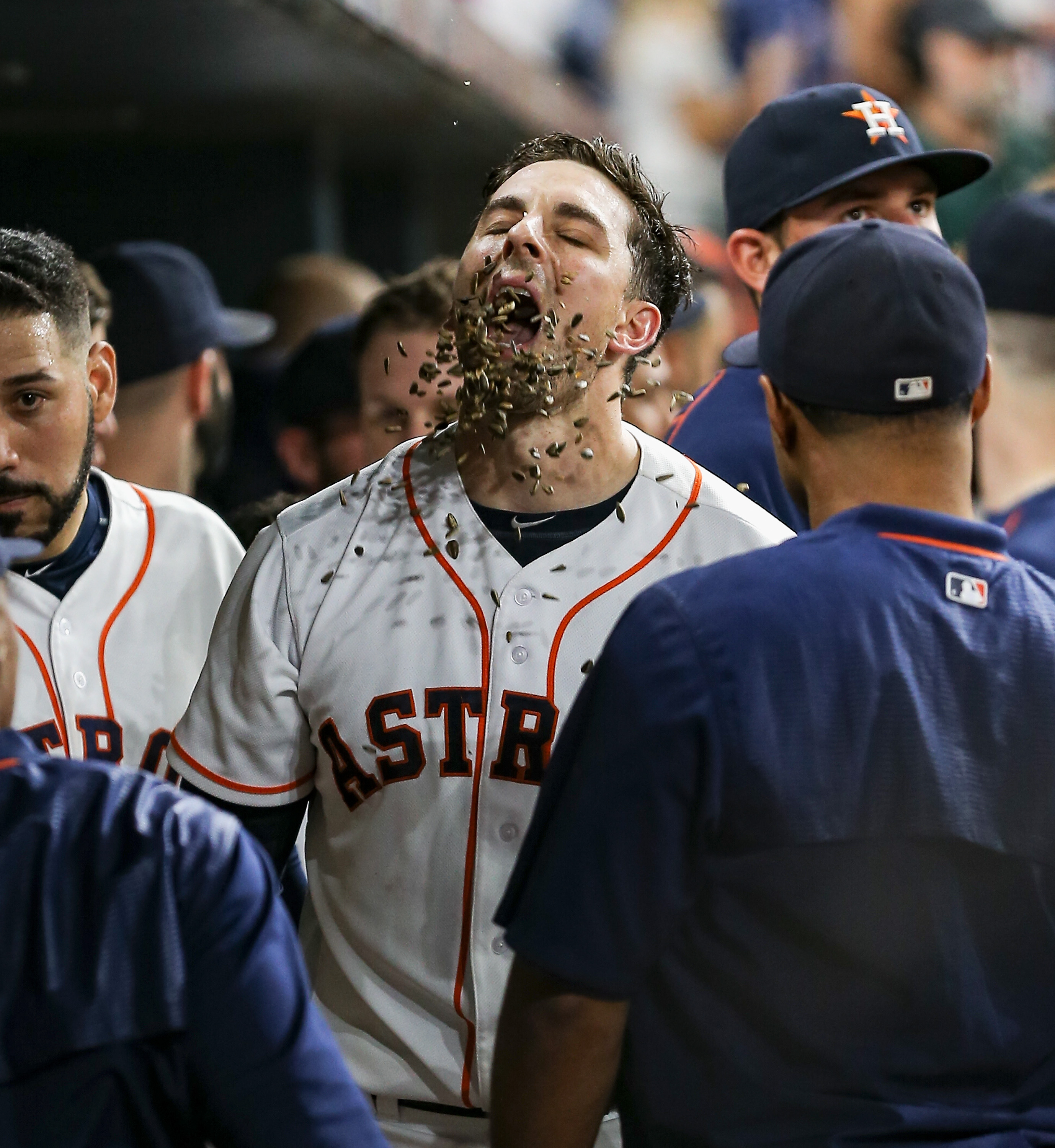 HOUSTON, TX – SEPTEMBER 13: Jason Castro #15 of the Houston Astros receives a face full of sunflower seeds after hitting a home run in the sixth inning against the Texas Rangers at Minute Maid Park on September 13, 2016 in Houston, Texas. (Photo by Bob Levey/Getty Images)

According to numerous reports, the Twins have expressed immediate interest in Jason Castro, and it seems as though the team is making inroads. The market is fairly soft all the way around on the free agent market, with the catcher position no exception. That said, there are a few bigger names out there than Castro, with Matt Wieters and Wilson Ramos the highest profile names via free agency, and Brian McCann and Derek Norris available via trade.

The Twins met with Castro’s agent at the GM meetings, and a later meeting is expected this week. Perhaps putting a good word in while so many other big fish floated around out there has left a good impression Castro. Not only that, there is a good chance that Castro is the first person the new regime thought of as a potential free agent signee. All that must play well with the catcher.

Castro would definitely fit well with what the team wants to do. As everyone knows by now, the problem with the Twins is pitching. One way to bring a high tide to lift all those pitching boats is to bring in a good pitch framing catcher. Castro, by most metrics, was one of the top 5 catchers, defensively, in the game. Last year’s combo of Kurt Suzuki and Juan Centeno were both well below average, with Centeno one of the worst in baseball.

Many people looked at Suzuki and appreciated his bouts of good offense. Castro has had similarly hot stretches at the plate, though his mostly include home runs. His average may put some people off, but the analytics minded front office will appreciate the work he does behind the plate more than they fret over his slumps at the plate. No matter how badly he hits, Castro would be a great fit for what the Twins want to do.

While we’re on the topic of potential Twins catching options, I think John Ryan Murphy is a similar player to Castro, in that he is the best pitch framer the Twins had last year. As much as people want to lament his acquisition last year, I think the Falvey-Levine brain trust will make sure he’s still on the roster when camp breaks next year.