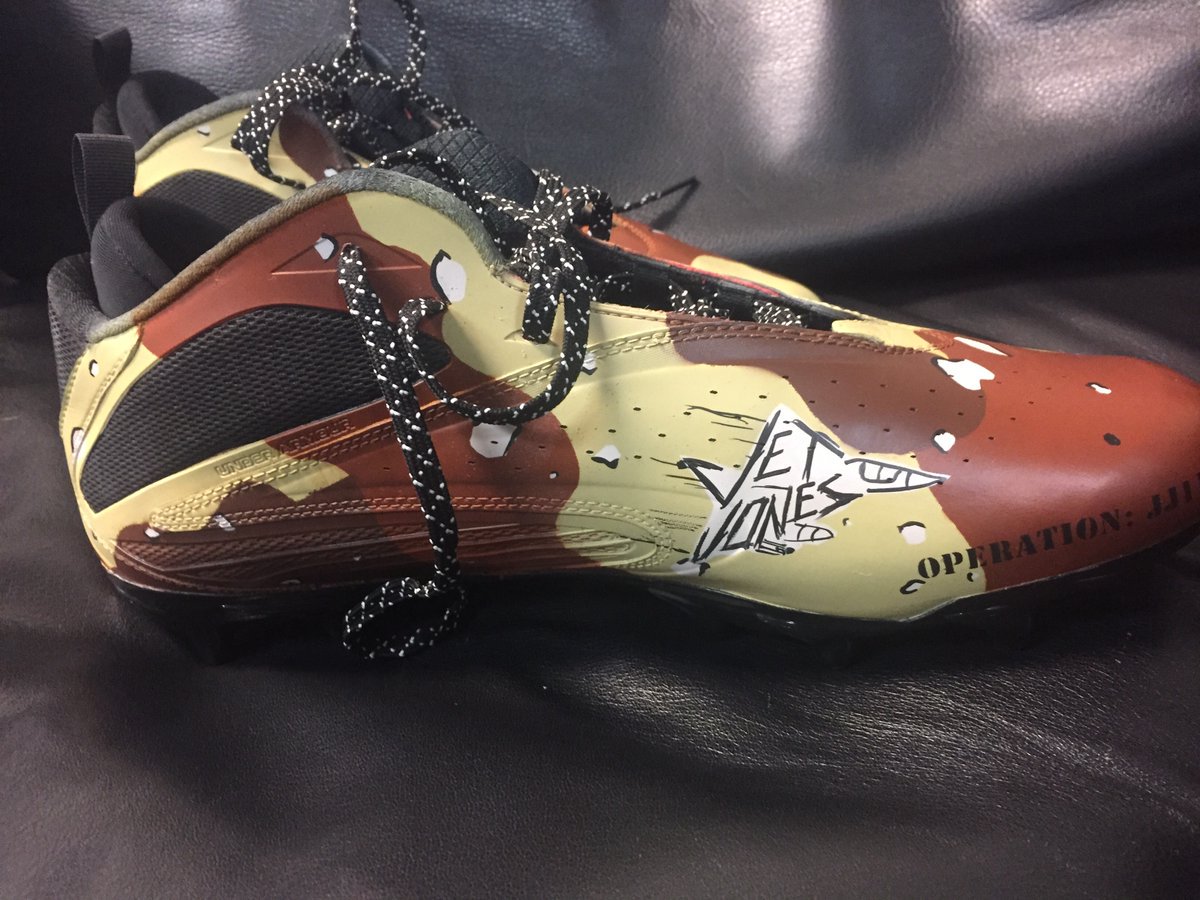 Some of the NFL’s biggest names have gone all out this week to honor military service members.

Players have circumvented certain NFL rules this year and rocked custom cleats before games. The trend continued in Week 11 with the special theme, headlined by Pittsburgh Steelers wideout Antonio Brown and Julio Jones of the Atlanta Falcons.

For Brown, it was a chance to honor the late Pat Tillman:

Antonio Brown will honor Pat Tillman with his cleats on Sunday. (via @AntonioBrown) pic.twitter.com/CjqquyGGSF

These two will be far from the only players to make this happen Sunday, but it’ll be hard for anyone to top them.

Both Brown and Jones deserve major props for these. Honoring military members as a whole and someone as iconic as Tillman is the perfect way for players to show appreciation and celebrate the holiday season.