Ezekiel Elliott is 'Public Enemy No. 1' for NFL investigators 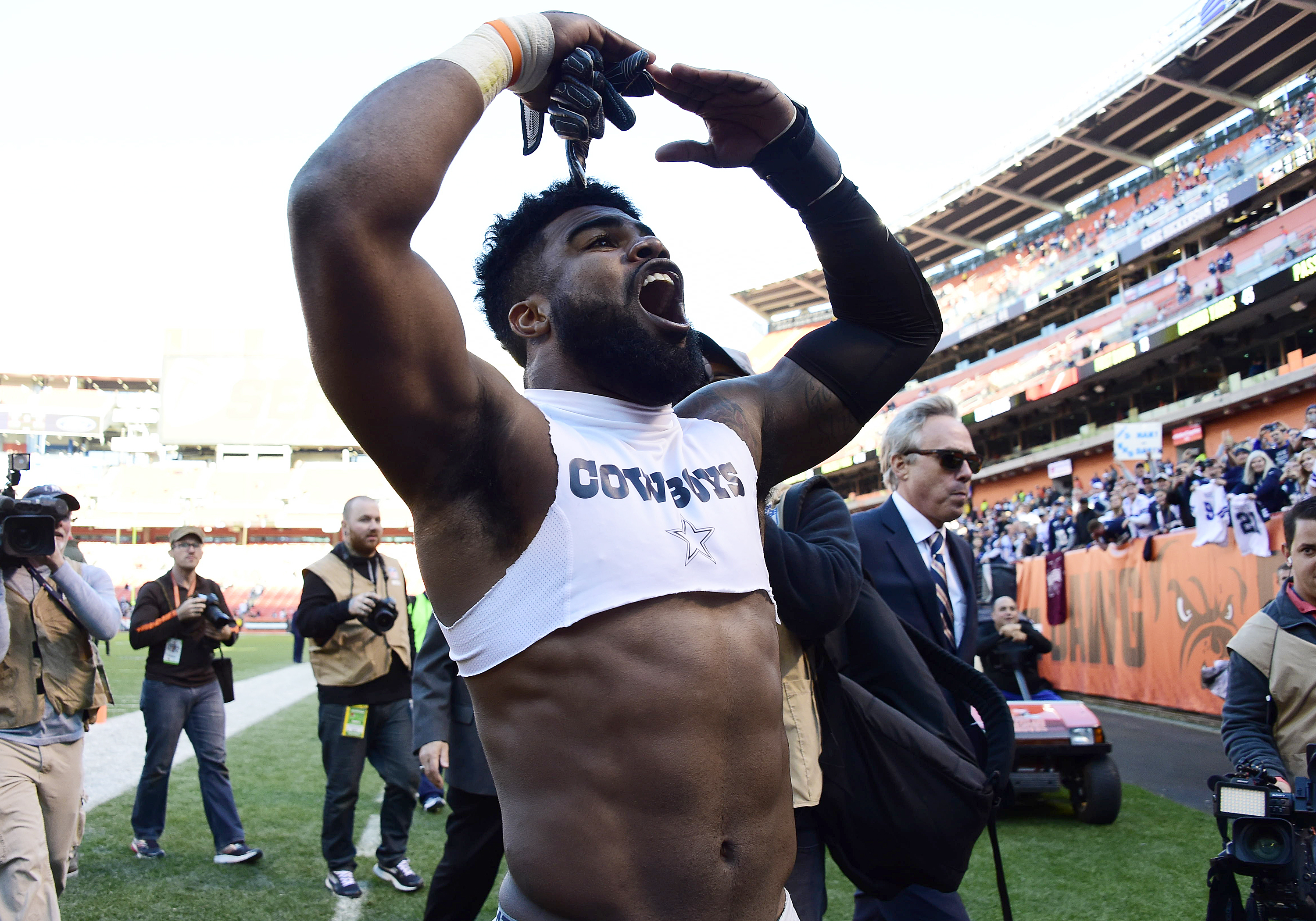 Ezekiel Elliott is 'Public Enemy No. 1' for NFL investigators

Dallas Cowboys running back Ezekiel Elliott hasn’t made it out of the woods yet with NFL investigators.

Elliott remains under investigation by the league for his involvement with a domestic violence dispute from February. Sunday, ESPN’s Adam Schefter reported the league continues its probe, going over the situation with a fine comb:

The NFL continues to investigate an incident involving Dallas Cowboys running back Ezekiel Elliott, NFLPA sources and a source close to the Cowboys rookie told ESPN.

One of the sources said the league is trying to be thorough in its investigation, and Elliott is aware that the league is still gathering information.

Elliott’s situation fell on the backburner a bit given the issues with New York Giants kicker Josh Brown.

Alas, people around Elliott suggest he’s the top focus of the NFL:

A person in Elliott’s camp said he recently was informed that, with the incidents in Florida and Ohio under investigation, the Cowboys running back is now viewed by NFL investigators as “Public Enemy No. 1.”

We’ve said in the past Elliott could wind up suspended for a long time even though the law hasn’t found him guilty. The league has grown in many ways over the years when it comes to the domestic violence situation, meaning the star running back might serve as an example to others.

No matter how it pans out, it’s good to hear the NFL continues a probe and is at least trying to avoid the hiccups around the Brown and Ray Rice situations.