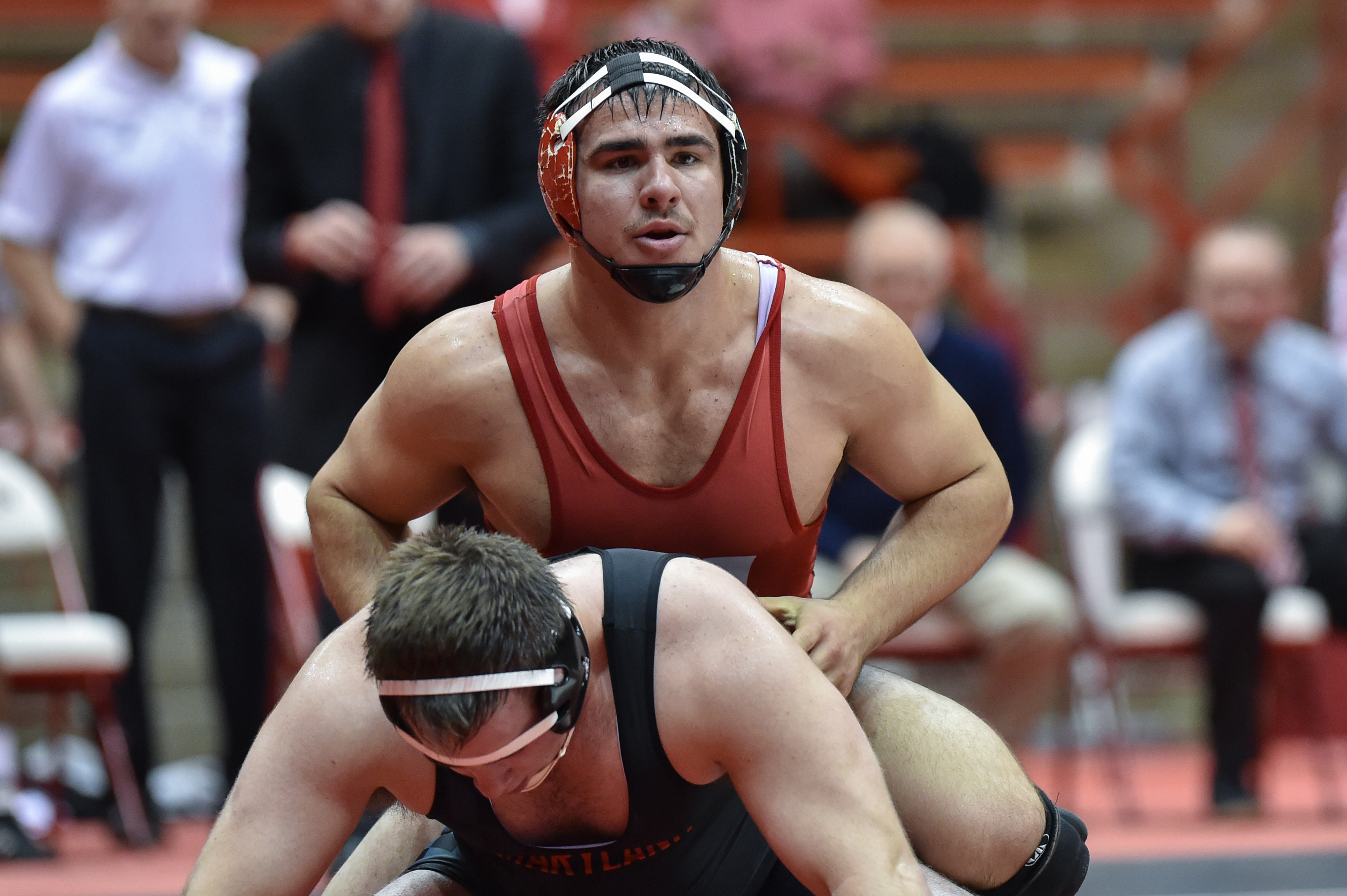 Connor Medbery hasn’t exactly been allowed to ease his way back into the folkstyle wrestling world. But that hasn’t stopped the Wisconsin heavyweight from making a big impression in his first week back from an Olympic Redshirt season.

Medbery was one of four UW wrestlers to post an undefeated record in Sunday’s Journeymen Collegiate Classic in Troy, New York on Sunday.

The Badgers big man, the second-ranked heavyweight in the nation, tallied wins against No.4 Tanner Hall (Arizona State) and No.5 Michael Kroells (Minnesota) en route to a perfect 3-0 mark.

If you include his triumph over No.3 Ty Walz (Virginia Tech) in an exhibition match at the NWCA All-Star Classic last weekend, Medbery has scored victories over three of the top-five wrestlers in the nation during the first eight days of the season.

Andrew Crone (149 pounds), Hunter Ritter (184) and Mason Reinhardt (197) also made it through the first tournament of the season unscathed.

Crone scored three wins on the day, all by major decision. He bested Joshua Maruca (Arizona State) 13-1 in the first-place match.

Ritter also emerged victorious in all three of his bouts, including a 6-2 win over Cortland’s Colin Barber in the first-place match.

Meanwhile, Reinhardt recorded a pair of pins to go along with a 5-3 win over James Benjamin (Buffalo). The redshirt freshman won by fall over Ricardo Dawkins (Cortland) in 3:55 in the first round and pinned Austyn Harris (Arizona State) in just 1:33 in the third round.

Jens Lantz and Michael Cullen each went 2-1 for the Badgers at 125 and took second place in their respective pools. Ricky Robertson (197) also took second in hist first tournament at his new weight class. His lone lose came at the hands of No.14 Kollin Moore (Ohio State) in the first-place match. Moore edged Robertson by a score of 12-11.

As a team, the Badgers were 24-18 on the day. UW resumes action with a non-conference dual against host Duke on Friday.

Evan went toe-to-toe with No.8 Tyler Berger (Nebraska) in the 157-pound championship match, but ultimately found himself on the short end of a 4-3 decision. He ended his day with a 4-1 record.

Zander, likewise, notched a 4-1 mark. He was pinned by Navy’s Corey Wilding in the third period of the title bout.