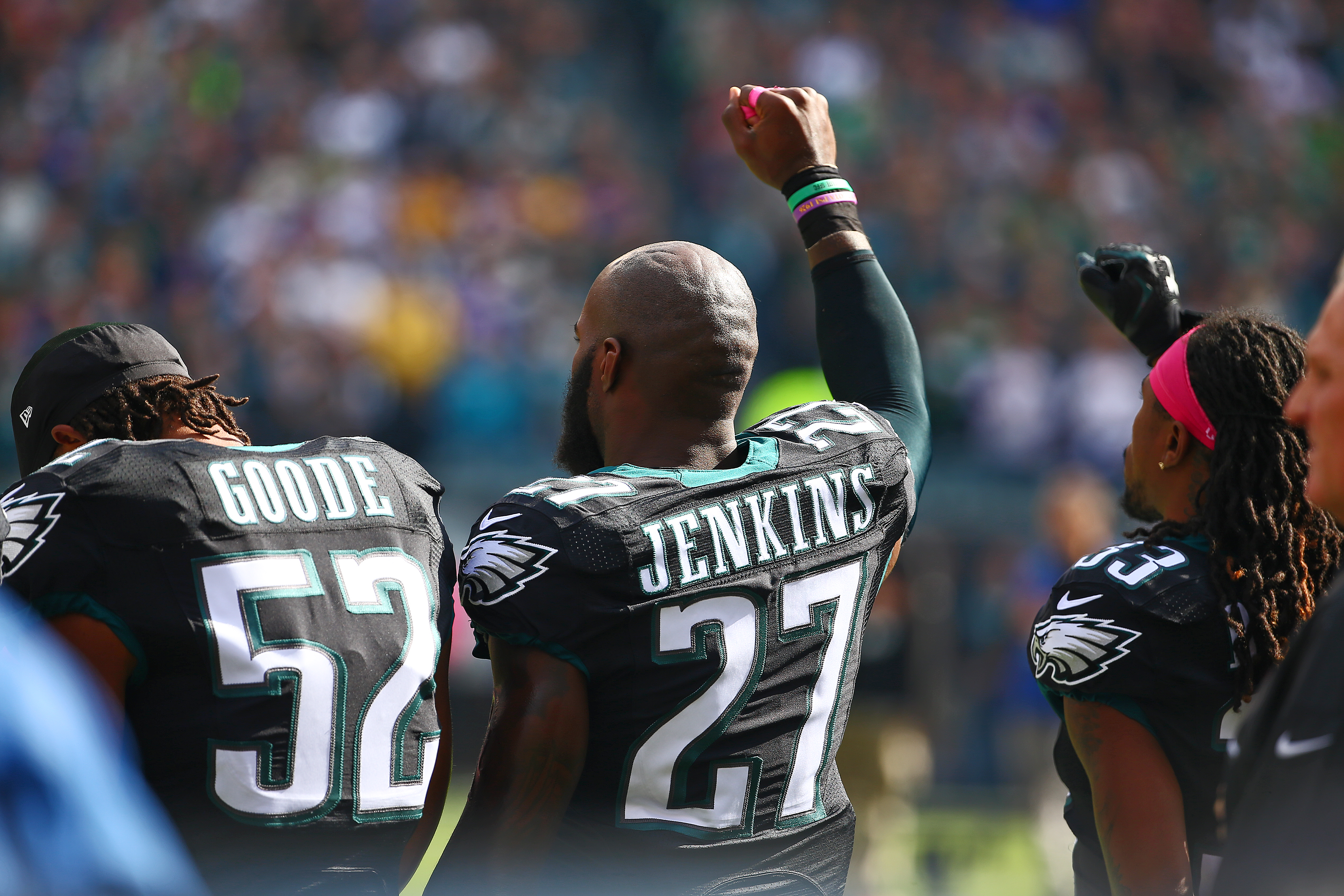 Philadelphia Eagles Malcolm Jenkins is the latest to protest the national anthem in a big way.

While the rest of his teammates held the flag, Jenkins stood back and raised his fist ahead of Sunday’s game against the Atlanta Falcons.

Eagles safety Malcolm Jenkins raised a first over his head during the national anthem… https://t.co/g8mDuiVOnO pic.twitter.com/leG8AIMhsF

Jenkins hasn’t shied away from why he protests. He also went out of his way after the anthem to shake the hands of military members.

Merely the latest in a long line of protests by NFL players this year, Jenkins has certainly stood out. Reactions to his protests will vary, but he’s stuck to his plan and remains one of the leaders in this area.