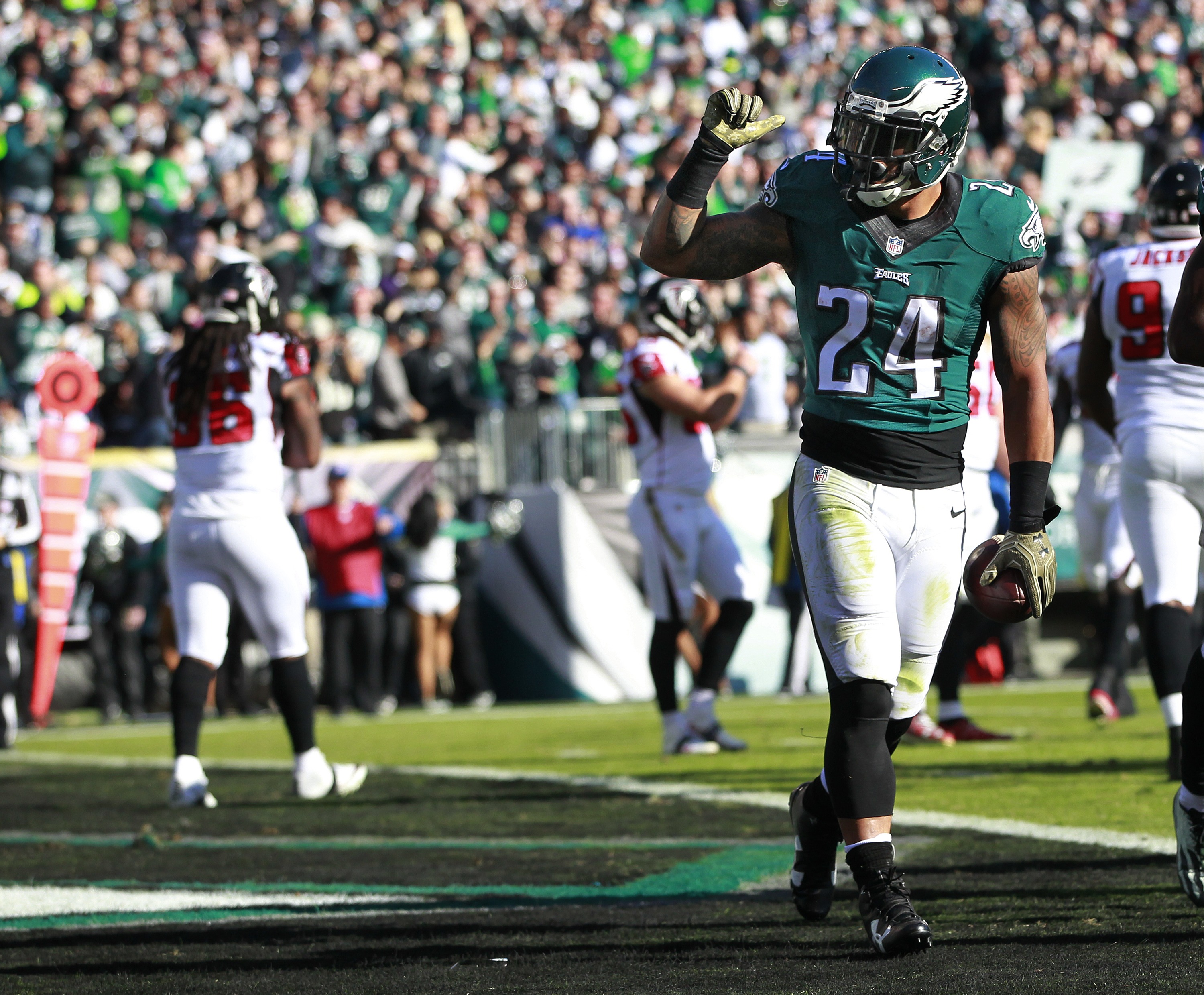 The Atlanta Falcons came into today’s game as the hottest offense in the league, but it was the Philadelphia Eagles controlling the game on both sides of the ball as they took down the Falcons by the final score of 24-15.

After winning the opening toss and deferring to the second half, the Eagles defense got out early against the league’s leading offense.

Jim Schwartz and the Eagles defense were able to stop Matt Ryan and the Falcons’ offense from doing much on their first drive.

The Eagles opening drive on offense was a beauty as they were able to establish their running game early behind running back Ryan Mathews along with backs Darren Sproles and Wendell Smallwood. The 12-play drive ended with a four-yard touchdown run by Mathews to put the Eagles up early.

Ryan and receiver Julio Jones eventually announced themselves early in the game with a couple big completion including one for 29 yards, but pressure from the Eagles’ defensive front kept Ryan and the Falcons offense from getting a lot of meaningful movement, holding them to two early field goals.

The Eagles would go on to make their first mistake of the game when quarterback Carson Wentz was stripped by Vic Beasley, turning the ball over to Atlanta. However, the Eagles defense forces Atlanta to try a 53-yard field goal which kicker Matt Bryant failed to hit.

The second half turned into a complete defensive battle, although the Eagles were able to get points on the board off the foot of Caleb Sturgis.

At one point, the Eagles were just inches from another touchdown, but an Atlanta goal-line stance forced the Eagles to settle for three.

The Falcons would take the lead early in the fourth quarter with a 76-yard catch and run from Ryan to receiver Taylor Gabriel. Bryan’s would miss the extra point, keeping Atlanta’s lead at two.

Wentz and the Eagles offense immediately went out and retook the lead after a 51-yard Kenjon Barner kickoff return gave them excellent field position. The Eagles marched  down the field to set up a five-yard touchdown run by Mathews. Mathews would follow up the  touchdown run with a two-point conversion.

Late in the fourth quarter, Sturgis redeemed himself after missing two earlier field goals when he hit a 48-yard field goal to put the Eagles up by nine just before the two-minute warning.

The Eagles sealed the deal when cornerback Leodis McKelvin picked off Ryan, sending the Eagles to 5-4.

Next Sunday, the Eagles will travel across the country to Seattle when they take on Russell Wilson and the Seahawks. Kickoff is scheduled for 4:25 p.m.