Back to backs test a team’s stamina, their mental focus and their character.  The Minnesota Wild have some catching up to do after a leisure portion of their schedule which had them playing 3 times in a span of 2 weeks.  The Wild now have 3 games in 4 nights and they hope to end this 3-game road swing with a victory.  If Philadelphia was a tough place for the Wild to earn a victory, Ottawa is arguably just as unfriendly to Minnesota.  I mean this is the same place where the van carrying the majority of the Wild’s equipment just coincidentally happened to start on fire causing the team to go to local sports stores and send the equipment people back home to send gear express just to make it to ScotiaBank Place in time.

The Senators ambushed the Wild in overtime a season ago as Erik Karlsson buried the OT game winner.  The Wild had to feel as though they let a golden opportunity slip through its fingers in Philadelphia so can the recover with a win in Canada’s capital?

1st Period Thoughts:  A late shorthanded goal salvaged what was a sloppy period for the Minnesota Wild.  More on the goal a bit later.  The Wild seemed to lack the jump and the focus, which was best seen by their relative inability to connect on its passes.  Minnesota started to rely upon area passes in the latter half of the period which more often resulted in turnovers that allowed the Senators to keep the Wild on its heels.  The other issue was Minnesota’s lack of discipline as tired legs led to 3 penalties throughout the 1st.  Fortunately, the Wild were solid on the penalty kill and contesting the Senators’ zone entries and not giving Karlsson a shooting lane to exploit.  Darcy Kuemper did a decent job of seeing the puck through traffic and the Wild defenseman did a good job of supporting him by sweeping away rebounds.  One player who played very effectively on the penalty kill was Charlie Coyle who was one of the few Wild players with good jump in his skates as he had a few solo rushes up the ice where he used his strength and speed effectively.  A subtle difference between the Mike Yeo-coached Wild and the Bruce Boudreau version is how Boudreau spreads the minutes out with what is in effect 3 penalty killing units.  This means the Wild can play with more intensity and have faster players on the ice to provide that element of counter attack that wasn’t present nearly as often in the Yeo regime.  The turnovers meant Minnesota was spending lots of time and energy chasing the Senators around for the puck, but it wasn’t resulting in many dangerous chances for all of their advantage in time of possession.  Dion Phaneuf was trying to agitate the best he could by throwing his body around as he seemed to pick Erik Haula as his preferred target of choice.  Late in the game, and with the Wild on the penalty kill it was Eric Staal getting a step on the Ottawa defense and he’d race towards the goal where he swung a shot on goal that Craig Anderson stopped but a trailing Ryan Suter was there to pounce and bury the rebound.  1-0 Wild on the shorthanded tally that seemed to take the life out of the Canadian Tire Centre crowd.  The goal was scored with just over a minute left in the period, and with the Senators still on the power play they tried to answer back but Kuemper and Minnesota was able to shut the door and take the lead into the 2nd.  It certainly wasn’t a pretty period to watch, but they found a way to get an early lead.  The Wild were out shot 13-9.

2nd Period Thoughts:  The 2nd period was a little better where the Wild moved their feet more and was able to create more scoring opportunities.  Part of this was best seen as the Wild’s ability to counter attack as they set up two breakaway chances early as Christian Folin stripped Kyle Turris of the puck and sent a long pass down the ice to Nino Niederreiter who skated in all alone but was stonewalled by Anderson.  Less than a minute later it was Mike Reilly finding Staal behind the Senators defense for a partial breakaway but the puck was rolling and he couldn’t get a real quality shot off and Anderson dismissed this chance as well.  The Wild at times looked dominant, outworking and outhustling the Senators as the Mikko Koivu, Mikael Granlund, Jason Pominville line and Staal, Coyle, Niederreiter line had two successive shifts that kept Ottawa bottled up in its zone for nearly 2 minutes.  Yet penalties threaten to derail the Wild’s momentum as Mathew Dumba would high stick Ryan Dzingel.  The Senators nearly cashed in as Phaneuf’s point shot was deflected by Turris and off the crossbar and as Kuemper sprawled the Wild were able to sweep away the puck before it could be banged home.  The Wild penalty kill would get another big kill and then would draw their first power play of the game as Jason Zucker just kept hustling for the puck drawing a slashing call on Turris.  The Wild would appear to score on the power play as Granlund fired a shot that Anderson blocked up into the air and as the puck came back down it was batted out of the air by Koivu and in.  The officials initially called a goal but then changed their mind and said they waived it off as they announced the play was under review.  The review would show Koivu made contact with the puck above the crossbar so the goal did not stand and the Wild would go into the 2nd intermission still up just 1-0 instead of 2-0.  It was a better period for the Wild (outshooting Ottawa 15-10), but they must not sit back and just defend their own end in the 3rd.

3rd Period Thoughts:  Minnesota had an ok period in the 3rd.  The hustle was there, but so was some frustration.  On  an early power play in the 3rd, the Wild sent out its 3rd and 4th liners hoping they might provide the offensive spark the top two lines couldn’t.  And to be honest, they did ok because they kept moving the puck and didn’t try to be something they weren’t by simply setting up a point shot and looking for a rebound.  One of those shots, a blast by Christian Folin seemed to sting Anderson who sort of coiled after making the stop.  Ottawa’s training staff would attend to Anderson but he was ok and would remain in the game.  Unfortunately after the failed power play the Senators would strike as Kyle Turris found a little bit of space and he’d fire a shot that beat Kuemper who got a last-second screen by Chris Neil.  Ryan Suter lobbied for goaltender interference but it was clear from the replay that Neil made no contact with Kuemper at all.  1-1 game.  The Senators would look for the go-ahead goal and Kuemper would come up with a monster save on a quick shot by Derick Brassard that the former Red Deer Rebel snagged out of the air.  The stop sort of let the Wild know their goaltender was still mentally strong and Minnesota and the Senators sort of sat back and seemed to play for overtime.

Overtime Thoughts:  Like many Wild fans, I’m sure they were wondering if the team would stick to its maddening pattern of going with slower players in overtime.  Right from the start the Wild went with Coyle, Staal and Jonas Brodin which was a nice change of pace.  The new line didn’t create much of anything, but they were not flirting with disaster as Minnesota often did when they went with older, slower players.  After attempting to use Koivu, the Wild opted for speed and put out a line of Zucker and Haula which immediately resulted in a quality shot on goal that Anderson had to fight off.  A minute later, Haula was back on the ice with Granlund and Dumba and Minnesota would finally cash in.  Using their speed and quickness to possess the puck the Wild stayed patient and it was Granlund lowering his shoulder and driving toward the net he’d pass it out front from his knees to Dumba who shoveled it in and Minnesota would win 2-1.

Big win for Darcy Kuemper who needed to prove he could spell Devan Dubnyk in a back-to-back situation.  Even though he gave up the goal to Turris, he kept his focus and came up with some huge stops down the stretch to push the game to overtime.  Even though I felt he had pretty good support this evening, he was making the initial stop and had 35 saves in the win.  Let’s face it, Kuemper had a 4.00 goals against average going into this game and gave up just one tonight in a building where the Wild have not had much success.  Minnesota’s penalty kill went a perfect 4-for-4 and I thought Christian Folin had another terrific game and Mike Reilly also was fairly solid.

Offensively the Wild seem to be at a loss for ideas when it comes to the power play.  At one point in the 3rd, they were putting out 3rd and 4th liners hoping to get something going.  Minnesota is guilty of trying to set up the perfect shot all too often on the power play and that needs to change if the team is going to have some success.  The biggest silver lining from tonight’s game is in overtime where the Wild opted to use faster players instead of bigger slower players.  All too often the Wild have overvalued strength when 3-on-3 is a speed game of using the open ice to your greatest advantage.  It was so refreshing not seeing Koivu going out every other shift in overtime as was the case under the Mike Yeo / John Torchetti-regimes.   Jason Zucker and Tyler Graovac brought a ton of hustle this evening.  Eric Staal had a strong game.

Earning 4 out of a possible 6 points was big for a team playing its 3rd game in 4 nights.  Minnesota now returns home with some confidence and hopefully will have Zach Parise when they play on Tuesday against Calgary.  The win should keep Minnesota near the top half of the Central conference standings and the Wild managed to avoid the abyss the way it has in previous seasons.

LW – Jordan Greenway (Boston U., H-East) ~ the big power forward had a monster game on Saturday as he had the game winning goal and two helpers in Boston’s 4-2 win over Michigan.  Greenway has 5 goals, 12 points, 24 PIM’s and is a +7 in 9 games.

D – Carson Soucy (Minnesota-Duluth, NCHC) ~ the big defenseman is starting to become a regular on the scoresheet for the Bulldogs as he plays on UMD’s top defensive pairing.  The big Alberta-native had 2 assists in Minnesota-Duluth’s 2-0 win over Western Michigan.  Soucy has 3 goals, 10 points, 18 PIM’s and is a +5 in 12 games.

D – Gustav Bouramman (Sault Ste. Marie, OHL) ~ the offensive defenseman has had a quiet start so far to the season and he tallied an assist in the Greyhounds 6-3 win over Erie on Saturday.  The Stockholm-native has a goal, 7 points, 12 PIM’s and is a -9 in 18 games. 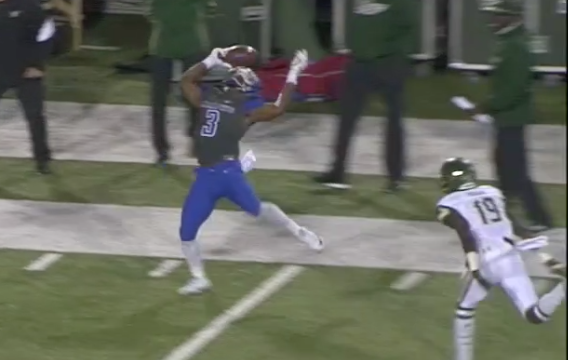