Bears players have apparently given up on Jay Cutler 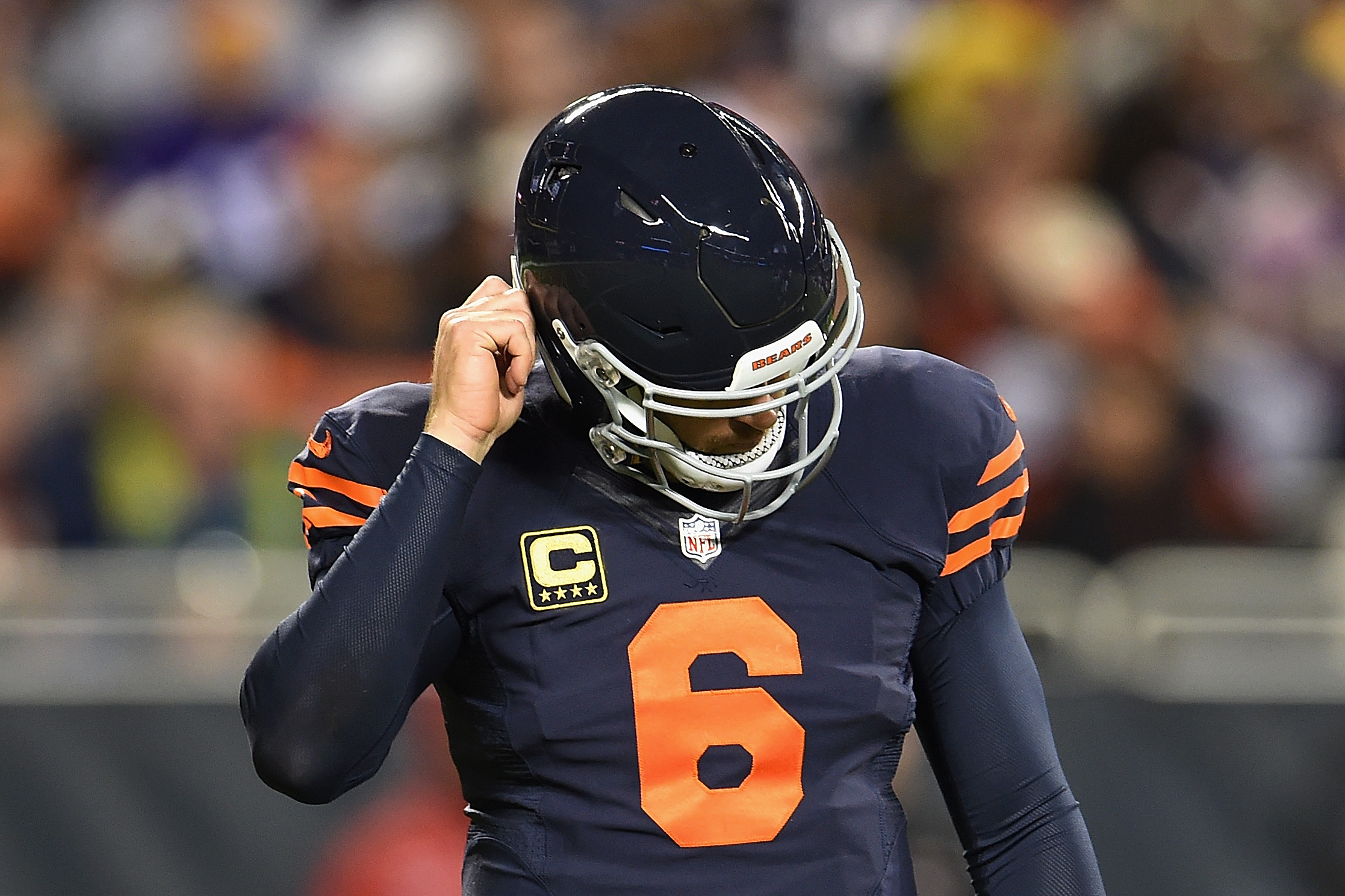 Bears players have apparently given up on Jay Cutler

Any goodwill Cutler gained after returning from his injury a few weeks ago to lead an upset of the Minnesota Vikings seems lost.

Texted with two Bears players about Jay Cutler.
Oh my.
Main thing they said: most of locker room has given up on Cutler.

What makes this interesting is how many players praised Cutler not so long ago.

This is merely the next step in the obvious—Cutler won’t be with the team after this season. The Bears need to clean house. There is a strong defensive front seven in place and good weapons at skill positions, but bad quarterbacking and coaching has the team looking like one of the worst in the league.

The Chicago front office has done a good job of building the roster up after the Marc Trestman era. But now Cutler and head coach John Fox sit on a hot seat, creating league-wide implications given some team would give Cutler a shot as a stop gap and another would trust Fox at the controls.

For now, continue to keep an eye on how the sad saga unfolds.