Leodis McKelvin says the Falcons are a front-running team 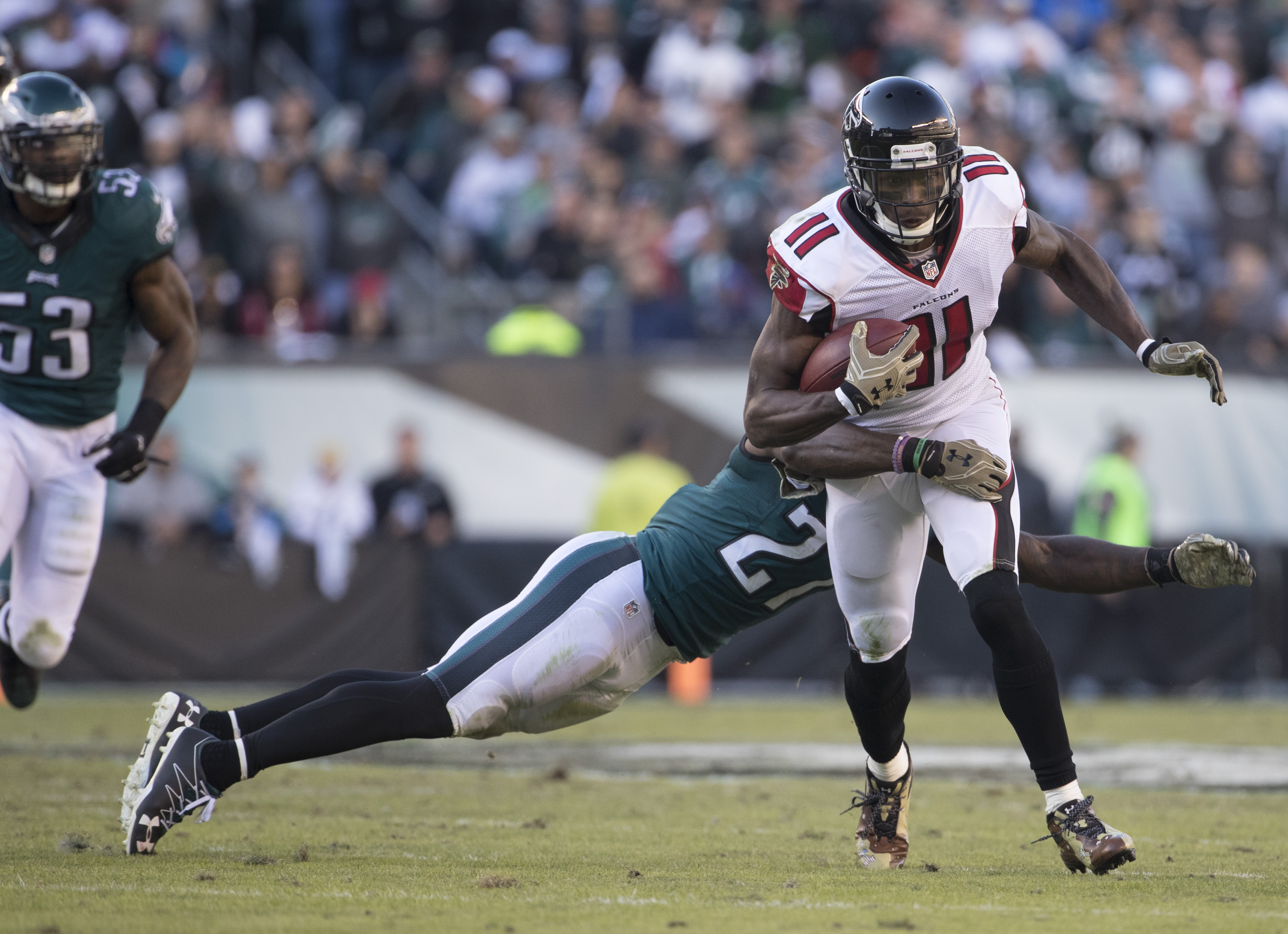 Leodis McKelvin says the Falcons are a front-running team

On Sunday afternoon, the Philadelphia Eagles defeated the Atlanta Falcons 24-15, thanks to a tremendous performance from the defense, which shut down the NFL’s most prolific offense.

The Eagles’ defense did a great job in pressuring Falcons quarterback Matt Ryan as he was intercepted by cornerback Leodis McKelvin late in the fourth quarter to seal the victory.

McKelvin, who has been under fire this season for his poor performance, got redemption after getting beat deep by Falcons wide receiver Taylor Gabriel for a 76-yard touchdown reception earlier in the fourth quarter. After the game, he had a few things to say about the Falcons’ offense, which has been compared to the 2000 St. Louis Rams’ offense aka The Greatest Show on Turf.

“I was telling the defense, this is the type of team, they are a front-runner. They are a front-running team,” McKelvin said via Tim McManus of ESPN. “If you go out there and make some stops, they eventually are going to be dying down.”

McKelvin made an excellent point because if the defense gets stops, it definitely slows down the pace of  an high-flying offense such as Atlanta. The Eagles’ defense did a good job of keeping the Falcons’ offense in check until the fourth quarter, when McKelvin allowed the aforementioned Gabriel touchdown reception.

However, when it came to the interception, McKelvin says that the Falcons ran the same play twice trying to get the ball to wide receiver Julio Jones.

What else can you say? It was a good job by McKelvin to the recognize the play twice, but an even better job, making a play on the ball.

The Eagles’ defense was able to slow down a prolific offense in the Falcons, but face a tough test next week against the Seattle Seahawks on the road.