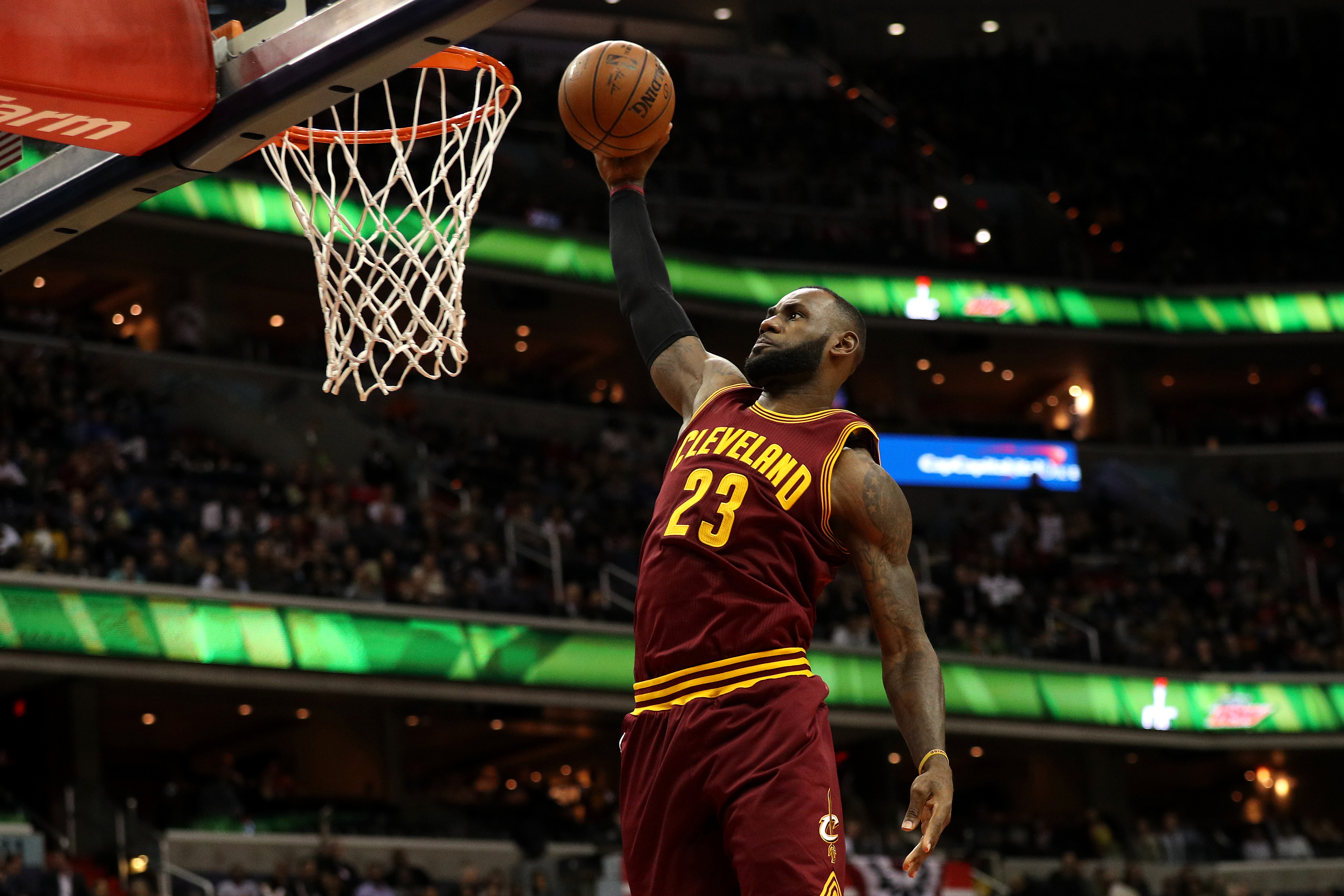 Well, it had to happen at some point. We knew that the Cavs weren’t going to go 82-0. A loss against a good team in November isn’t the end of the world. Atlanta has adjusted better to the new roster changes than I anticipated, and Dwight appears to be fitting in rather well. Let’s face it, winning 11 consecutive games (dating back to the 2015 ECF) against a specific team is hard to do. The Hawks were due to beat the Cavs at some point.

The loss comes with a few things we need to take note of. First of all, the Cavs shot the basketball horribly, and were still in a position to win the game. They got open looks as a result of executing their offense, and those are things you look for. Getting what you want, when you want it is what makes any offense successful. They won’t shoot it that poorly often, if ever again, but they’ll execute on that level almost nightly. Things are fine.

The Wine and Gold tightened up on the defensive end once again to earn a win in Washington, D.C. on Friday. Slow starts on the defensive end make it hard to really blow teams out the way a roster constructed like this ought to. Defenders, particularly wings, are often lazy in transition, and don’t appear to be really engaged and energized in terms of stopping the ball, or finding hitters that spot up or fill lanes. Cleveland locked it up in the second half, allowing a total of 38 second half points, and making life difficult for John Wall and crew. When they play energized and engaged defense for prolonged stretches, the effect is contagious. All of a sudden, the ball zips around on offense and moves with purpose. Games should be approached this way going forward, and I’m sure there is a definite and significant emphasis placed on that by Ty Lue and staff.

The Cavs went 2-1 since the last edition of Wine and Gold Weekly, pushing their regular season mark to an Eastern Conference best 8-1. That’s a really great start from a team that looks like the best and most complete team in the league. Things will be put to the test this week with three Eastern Conference playoff teams on the docket.

On Tuesday, the Cavs welcome DeMar DeRozan and the Raptors into Quicken Loans arena for their second go around early this season. By the way, I hope you’ve taken notice of what DeMar DeRozan is doing, because it is absolutely bonkers. He’s throwing up 33 ppg, and has scored 30 or better in eight of his first nine games. He’s scoring at a completely ludicrous clip, and he’s doing it in a way that we all thought was dead: the mid range game. Yes, really! It is still a thing, and DeRozan is an absolute serial killer in the mid range. He might be the best in the league at knowing his spots, getting to them, and executing a shot. He’s big and strong and is a total handful when he’s off the bounce and getting into his comfort zone, which appear to be all over the place. He hurt the Cavs in the ECF last season this way, so this will be fun to watch. Probably, Lue will combat it with some hard shows from bigs like TT to try to run him off of those spots and force him to make a play for someone else.

On Wednesday, the team will travel to Indiana to take on a revamped and struggling Indiana team. I really thought Indiana was going to be a very nice team this year, and while they may still be, there are some things that need worked on. The dynamic in the backcourt with Teague and Ellis is interesting. Monta has always struggled playing aside a PG with similar skills to Teague and guys that will be more ball-dominant, even in terms of playmaking. Paul George has quickly become, I think, an underrated NBA star. Of course he’s going to get what he wants for the most part, but the key will be limiting the folks around him. Keep an eye on young and emerging star center Myles Turner. The second year man from Texas is developing into what reminds me a bit of Amare Stoudemire. Athletic, floor runner, great in pick and roll, and developing a jump shot that makes guys pay if they don’t switch quickly enough. He is an absolute terror, and TT will have his hands full.

Another Friday night tilt this week sees the Cavs take on the Detroit Pistons at The Q. The Pistons are much improved, and have a really versatile and switchy roster. It will be important to see how Kentavious Caldwell-Pope starts out. When he starts strong, he’s tough to get stopped and is a solid NBA scorer and defender. If he gets going, it frees things up for Tobias Harris to be versatile and methodical as he dismantles your defense as both a playmaker and a finisher on runs to the rim. The pick and roll action that SVG uses with Drummond as the screener, and Harris as the handler is pretty unique, so keep an eye out.

LeBron James struggled a bit in the playoffs and early on this year shooting the three point shot. He often didn’t look balanced or centered, and it looked like he was aiming it instead of just shooting the ball. In six contests leading up to the loss against Atlanta, James shot a miserable 7/27 (25.9%) from three. In the three games since, 23 has made seven of his 14 attempts, and looks much more comfortable taking those shots, including Sunday’s cold-hearted dagger against Charlotte. If he can make that shot at, or near, league average, this is going to get ugly for everyone that doesn’t put on wine and gold every night. I understand the concept of sample size, but The Association is officially on notice.

Iman Shumpert appears to be doing Iman Shumpert Things again, which is great news. He looks so much more comfortable when he isn’t the primary ball handler, as I alluded to in a piece last week. He is shooting it with confidence, he’s utilizing screens well, helping on the glass, and seems freer to be an explosive slasher than he has been in most of his tenure with Cleveland. This is great news. The Cavs need him to be significantly better than he was last year if they expect to repeat. Again, sample size cannot go ignored here, but it is certainly a nice start to get off to.

On nights the Cavaliers shoot poorly, it seems like people lament the number of three point attempts taken. It should be the opposite. I say, “keep shooting”. First of all, they’re getting those looks from deep as a result of running their stuff, executing it, and getting what they want. That’s all you can ask, and as we saw against Charlotte on Sunday, slumps don’t last forever. They’re too good to shoot it that poorly for 48 minutes on more than a blue moon occasion. The other thing to take into account here is that if the Cavs ran offense designed to get layups and dunks, but were shooting those terribly and missing everything, nobody would ask them to stop getting those looks. Keep in mind, also, that if a team takes 100 three pointers, and makes 35 of them (105 points), that is still a more efficient and lucrative outcome than if a team takes 100 shots from elsewhere and makes 50 of them (100 points). So next time things look iffy from distance, ask yourself, “are they forcing it, or getting looks within their offense?”. Let them live a little, breathe easy, and enjoy the show.