A Tale of Two Centers in Loss to Houston 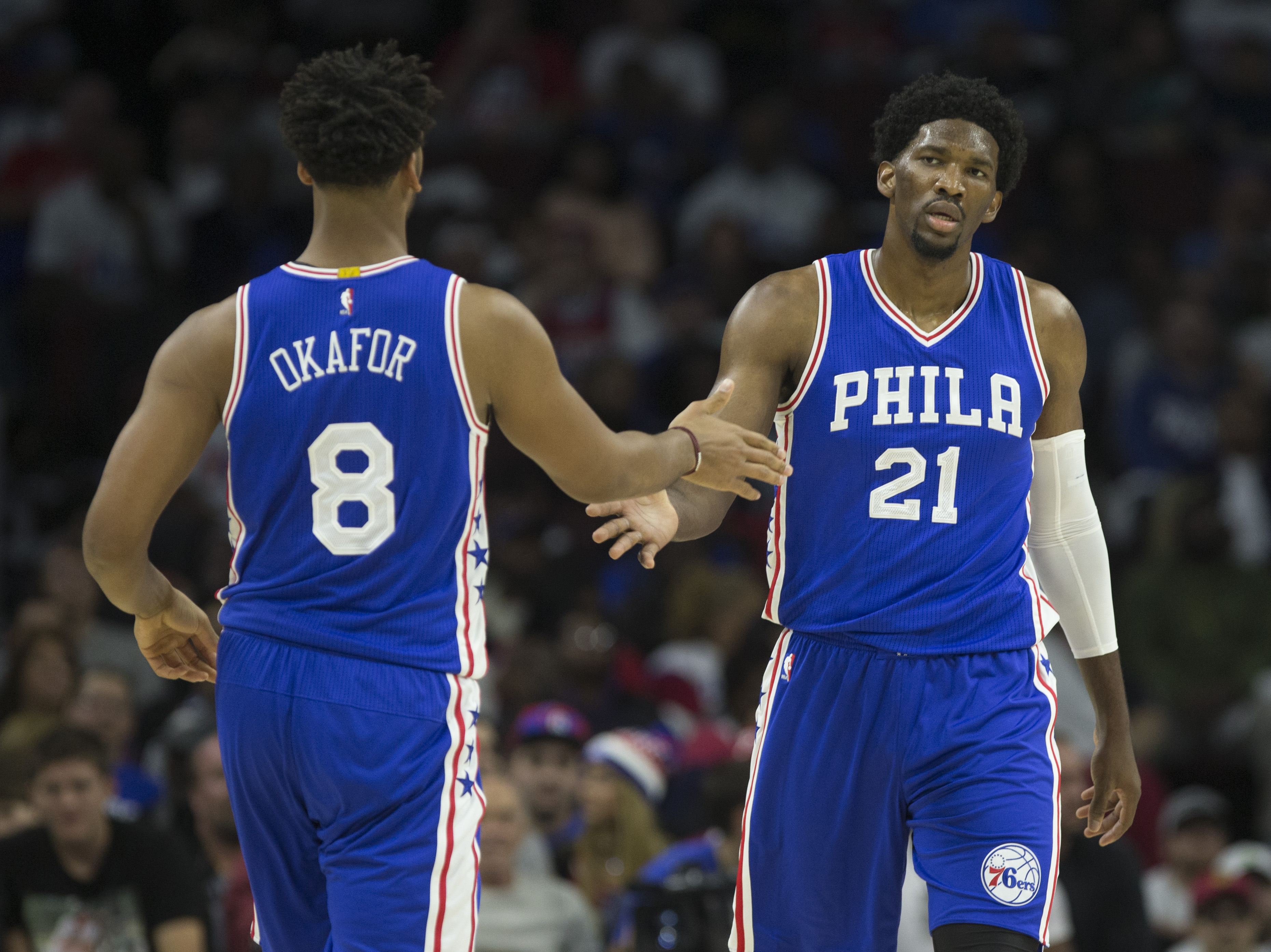 A Tale of Two Centers in Loss to Houston

Back when Charles Dickens wrote his famous “It was the best of times, it was the worst of times,” opening to A Tale of Two Cities, James Naismith was still a few decades away from even hanging up the peach baskets. And yet, it perfectly describes the state of the Sixers center rotation right now, never more evident than during Monday night’s loss in Houston.

Playing the first road game of his career, Joel Embiid saw 23 minutes of action, recording 13 points, 10 rebounds, and 2 blocks. While it wasn’t a perfect performance (the 6 turnovers continue to be a hopefully correctable problem, as do the 5 fouls), Embiid’s size and defensive instincts around the rim, along with his ability to stifle the pick-and-roll, instantly transform the Sixers defense into a functioning unit.

Additionally, the offense was able to approach efficiency with him out there sucking up double teams and cleaning up the glass. While Clint Capela had a nice game with 8 points, 13 rebounds, and 5 blocks, most of those numbers came with Embiid on the pine, because JoJo often made the Houston big man look small out there.

Embiid slam off the inbound https://t.co/qSU4WhUdiM

With Embiid on the court, Philadelphia was a +3 on the night; the next best Sixer was -4. That figure goes in stark comparison to the other young Sixers lottery pick to take the floor, as Jahlil Okafor was a game-low -21. Okafor shot just 2-11 from the floor, which felt even worse than it looked. Jah would catch the ball in the high post, and I would seemingly have enough time to go to the kitchen, make a sandwich, and settle back in on the couch before he started his move toward the basket.

There was one sequence where (I think?) Rodriguez set him up for what should have been an easy dunk on the fast break, but he was so slow and decrepit going up that Corey Brewer had time to come back and block him. As if that wasn’t bad enough, Okafor grabbed the loose ball and then botches the put-back lay-in.

Defensively, it was the same story as ever for Jahlil. He often spaced out, showing terrible court awareness and reaction times, without having the requisite lateral speed to snuff out pick-and-roll attacks even when he did get wise to them. All in all, it was about the least satisfying 22 minutes of basketball as you’ve ever likely to witness.

The Sixers weren’t able to be competitive for only half a game because James Harden started out scorching hot. The Beard was 8-8 from the field for 23 points in the first quarter alone. He would take his foot off the gas pedal and finish with a casual 33 points, 7 rebounds, and 9 assists. Harden (4-8), Trevor Ariza (5-11), and Eric Gordon (4-7) all hit at least 4 threes on a night when the Sixers only made 5 of their 22 attempts as a team.

In other small positives, Ersan Ilyasova continued to be a help offensively since joining the Sixers. He dropped 13 points on 5-11 shooting, including 1-2 from behind the arc; Ilyasova is shooting 41.9% from three with Philadelphia, a figure which should regress slightly, but is exactly why Bryan Colangelo thought he would be a good addition this season.

Meanwhile, Dario Saric shot just 4-11 from the field, but flashed his outstanding court vision late in the game, with one of his two assists on the night here to Okafor.

Philadelphia is back in action Wednesday at home against the struggling 2-7 Wizards. I’m told Joel Embiid won’t be playing all 48 minutes, so it might be another tough contest.