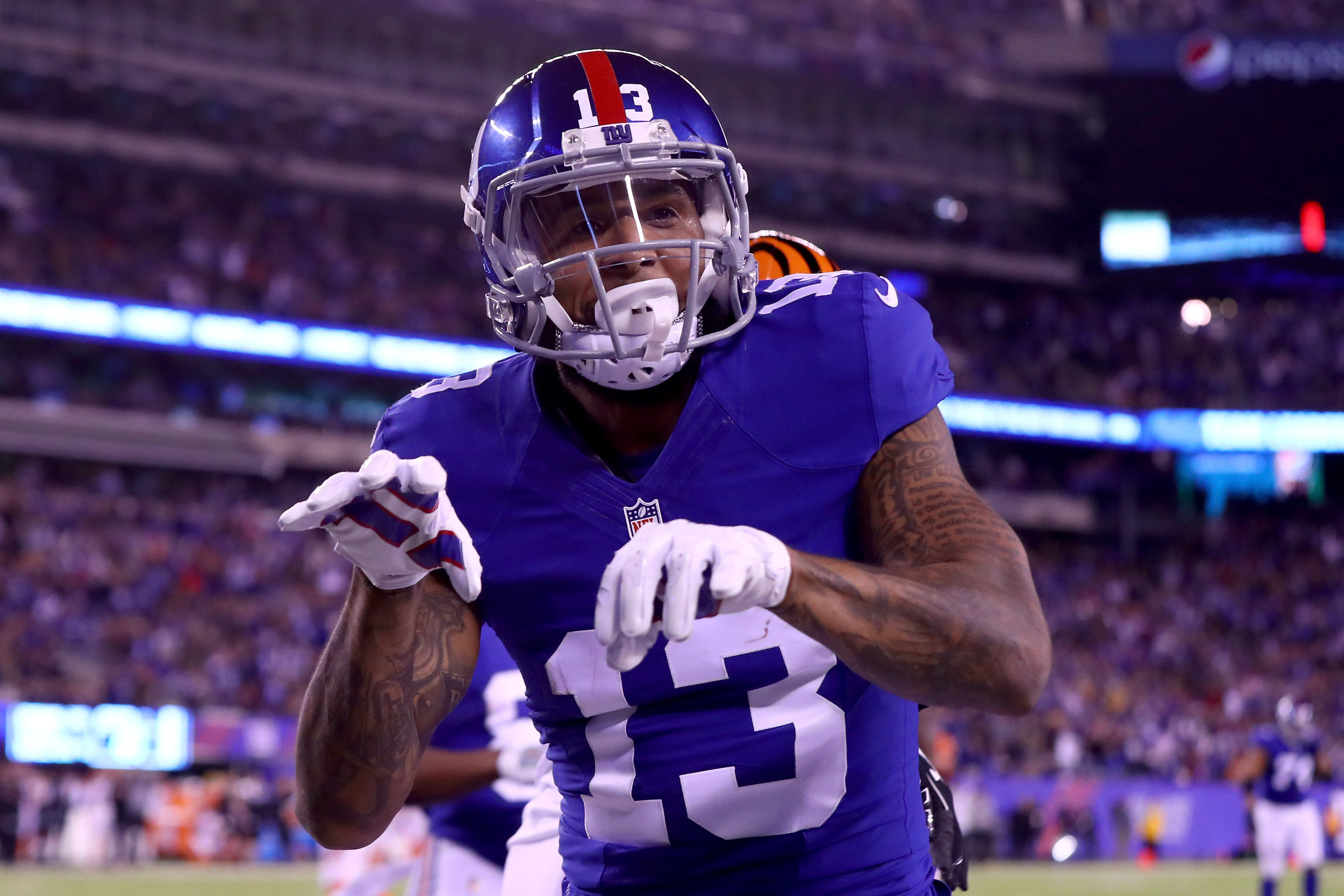 He looked to UFC juggernaut Conor McGregor for inspiration.

Beckham hit up UFC 205, where McGregor was his usual dominant self, and came away a man on a mission. ESPN’s Jordan Raanan captured his explanation:

I set the bar high for myself. I kind of had some late inspiration. I went to the UFC fight and I went there to watch McGregor and just a guy who is very strong in his beliefs and sure enough, he backs it up every time. Just sitting there watching him do his thing gave me more motivation.

I had seen that I needed however many yards it was to break that record [for quickest to 3,500 yards], so really that stuff is kind of secondary right now. We are 6-3; I haven’t been 6-3 since I have been here, so this is a good feeling.

Beckham cited other superstars such as LeBron James as guys who inspire him.

Though he’s sometimes criticized for his emotional outbursts on the field, Beckham is well on his way to becoming a guy other players look up to, not the other way around.

Through nine games this year, Beckham has 54 grabs for 773 yards and six scores. He now has three scores over his past two games, hinting at a huge end-of-season stretch.

Clearly, the Giants need to get him to more MMA events.