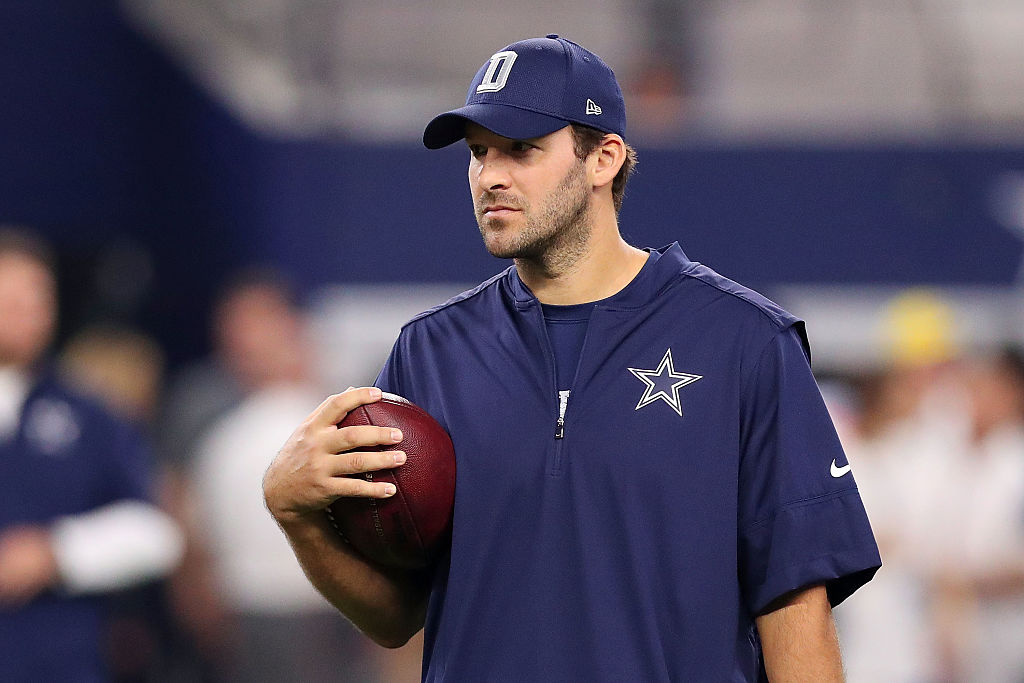 Is this it for Tony Romo? Because things are looking a little bleak for him right now. No one ever really thought that Dak Prescott would actually sideline Romo, primarily because the Cowboys told everyone who would listen that Romo was their guy. However, it looks like it might be time to rethink the Super Bowl 51 lines.

Not that anything has been set in stone quite yet; however, the fact that Dallas has named Romo the backup only justifies what so many of Dak’s supporters have been saying, specifically the fact that he was the superior player and deserved a chance to prove his worth.

Dallas is enjoying an 8-game winning streak, and a lot of their success can be imputed to the efforts of Dak. No one can really blame them for taking this step. It isn’t a fair call, putting Romo as a backup while he is unable to stand against Prescott and prove his worth on the field. But life isn’t fair.

Luckily for Dallas, Romo isn’t really the confrontational type. The team can trust him to take this decision like a professional, foregoing all the screaming and yelling. Romo will accept his new assignment. There are certainly things for him to do on the team, contributions he can still make.

No scout or coach saw Dak coming. He has somehow managed to exceed everyone’s expectations. He has continued to surprise fans and coaches alike, at one point giving Dallas the dramatic comeback they needed by leading them to a 35-30 victory in the last two minutes of the Sunday game against Pittsburgh.

Romo came into Dallas with as much heat and hype as Dak. He also set the city on fire when he replaced Drew Bledsoe; Dak is merely replicating what Romo did when he first arrived, so he probably understands the decision that had to be made.

Several years from now, someone else will come into the fold and replace Dak the way he replaced Romo. This is the way of sports and the world.

And Dak is genuinely a better fit for the team right now, bringing a read-option to the table that is missing with Romo. Scott Linehan has crafted many a scheme around Prescott’s abilities.

Prescott is helping Dallas manifest a truly prolific offense, proving time and time again that he is more than a lucky player. There are no flukes in his performance. He has remained consistent throughout, sustaining his productivity in each game.

Sufficing to say, there is really no place for Romo on the team right now. He is definitely a determined player whose competitive edge drives him to perform. But Dak is a better fit for the moment.

Besides, Romo hasn’t played a full season since 2014. His health has become an issue. He fractured his collarbone twice. This was before the compression fracture. Romo isn’t in peak physical condition.

He has missed so many games that getting back into the rhythm of things would present a challenge. It’s fortunate for Dallas that Dak was on hand to replace Romo. He came in at just the right time to give Dallas a competitive edge.