Who's Got Conor Next? Khabib or Tony 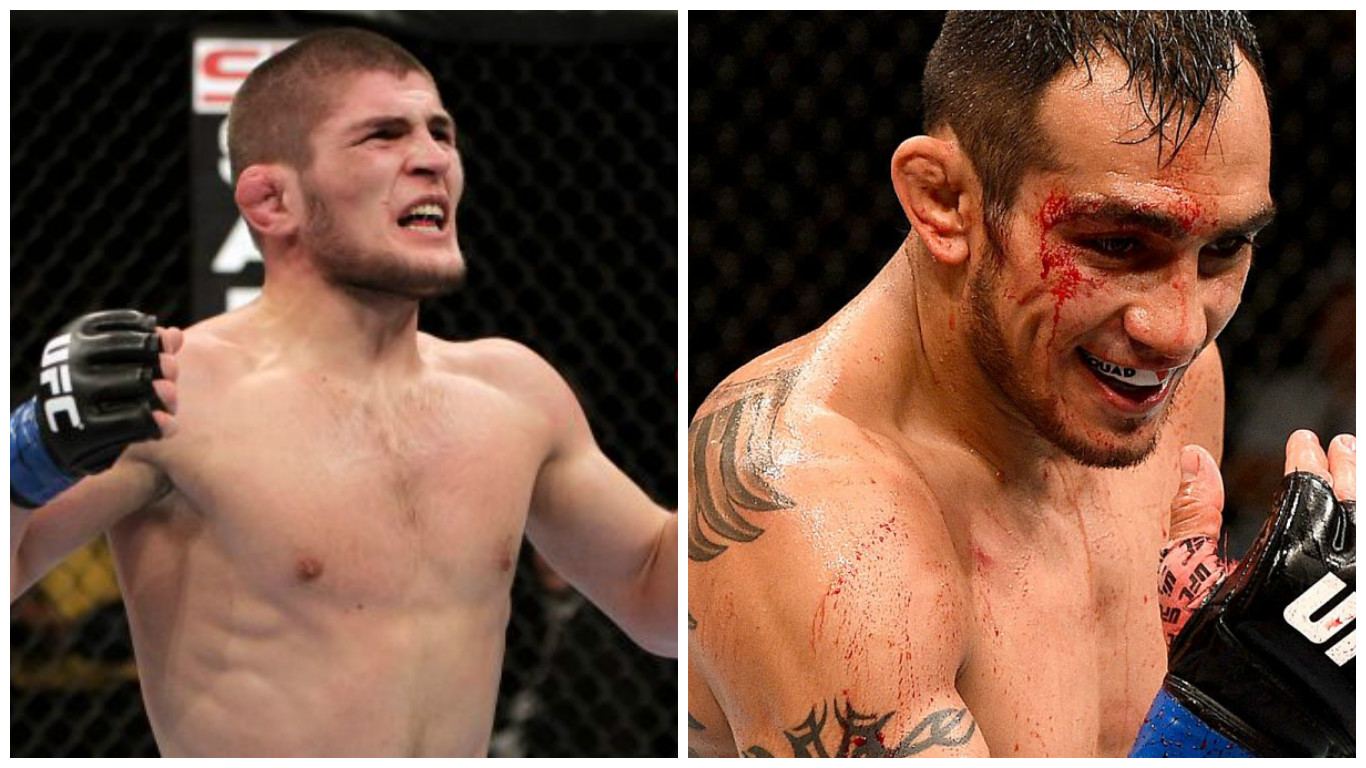 Who's Got Conor Next? Khabib or Tony

As we come out of UFC 205, we’re all wondering about who gets the Conor McGregor jackpot next. Luckily, we have our own Daniel “Gumby” Vreeland and Dave Tramonte to battle it out between the two top contenders. Plus, if you enjoy their back and forth, you’ll enjoy it even more out loud. So, tune in to Top Turtle MMA to hear the latest of the dynamic duo’s back and forth on this and all things MMA.

————-
DV: Dave, I know the hype after UFC 205 is all Khabib, but I really think the ticket here is Conor vs Tony Ferguson. Think about the best Conor fights of all time; the ones that you enjoyed the most. They are all matches that allowed him to strike with another talented striker. People want to see Conor strike. That’s why they get excited for a match-up. Tony is a talented unorthodox striker and, as he proved in his fight with dos Anjos, is super fun to watch.

Tony Ferguson Abel Trujillo in their fight during the UFC 181 event at the Mandalay Bay Events Center on December 6, 2014 in Las Vegas, Nevada.

–Khabib has never lost as a pro

–Khabib set the UFC record for takedowns in a single fight against Abel Trujilo.
–Khabib absolutely dominated the former champ, RDA
-In his last two fights Khabib has outstruck his opponents 94-19 and 75-6. These are insane numbers for fights that went at least eight minutes.

Criteria #2 is that Khabib sold himself better than Tony Ferguson as a potential money fight for Conor. Khabib’s post fight octagon interview, where he called McGregor a “chicken” has been viewed 875,000 times on Youtube. Khabib also has 110k Twitter followers vs Ferguson’s 35k. Not to mention Khabib is Russian so a title fight against Conor would engage one of the largest markets in the world.

Khabib is the bigger money fight than Tony Ferguson.

DV: Okay, you can claim that he dominated dos Anjos, but that was over two years ago. Some sort of timeliness needs to play into this decision. That was a different dos Anjos than the one now. Within a year of that fight, dos Anjos dropped a round, and nearly the whole fight, to Evan Dunham. While it is a quality win, I hardly think we can rest on those laurels for a title shot. On the other hand, Ferguson beat that same dos Anjos when he’s been at his best and recently. All Khabib has done in the last two years is beat Darrell Horcher and Michael Johnson. Meanwhile, in those same two years Ferguson has beat dos Anjos, Lando Vannata, Edson Barboza, Josh Thomson, Gleison Tibau, and Abel Trujillo. To me, it’s all about that recent nature.

As for the interview, I’ll give you that on YouTube hits. People watched that a lot – although I might debate why at another point. However, I will not give you the Twitter followers. That can’t be part of the equation when talking about draw. By that same logic Artem Lobov (26.6k followers) should be closer to a title shot than Yair Rodriguez (24.8k); no way.

DT: I can live with you taking away Twitter followers as a criteria for title shots but Khabib also wins the very important metric of TV viewers. Now granted, Khabib benefited from the timing of his fight being on the UFC 205 Prelims, but the show averaged 1.8 million viewers this past Saturday. Ferguson fought exactly one week earlier, on the same network, and it only averaged 860,000 viewers. In fact, the peak rating for Fight Night 98, headlined by Tony Ferguson, didn’t even come for Ferguson’s fight itself because it was on so late. Fight Night 98 peaked during Alexa Grasso’s fight!

So twice the audience watched Khabib compared to Ferguson in the span of a week. Combine this with news story everyone ran with that Khabib was shouting at Dana White between rounds during his fight and you have a surefire recipe for the next title contender. People love it when a fighter rallies against the boss of the promotion.

Let’s not forget Dana White said “Khabib is next” for a title shot in the lead up to UFC 205. Sure, it was public negotiation to get Conor back to the table and Dana White says a lot of stuff that doesn’t come to fruition, but I believe it was purposeful that the UFC placed Khabib on the prelims of the night Conor fought.

Regarding inactivity: I get that Khabib was ravaged by injuries in 2014 and 2015, but him and Ferguson have each fought twice this year. At what point do we forgive someone for suffering injuries?

Lastly, your boy Tony Ferguson did no favors by not calling for a title shot in his post fight interview two Saturday’s ago. We all know the playbook for getting noticed these days and if he is fine with not getting the next title shot, his fans should be too.

In reality, both Khabib and Tony are equally worthy of a title shot when based on in-octagon accolades. Khabib has simply done a better job of marketing himself for the title shot though.

DV: When do I forgive someone for being out forever with an injury? When they’ve come back long enough to win a few quality fights. TJ Grant was next in line for a title shot before he disappeared off the face of the Earth; do we give him a shot if he comes back and beats Horcher and Johnson? No, he’s got to put together a nice little streak and we’ll talk.

And I guess I have to agree with you that Khabib has done more to sell himself now. He did make the callout when Ferguson didn’t. However, I’ll simply end saying that I’m not sure it means he will have a better pre-fight lead-up. Tony is really well spoken and would sell the heck out of a fight with his persona. The Tony-shades and the cool guy attitude versus Conor’s brashness? Sign me up.

So, with plenty of opportunity to sell himself pre-fight still and a more deserving resume, I can’t see how we don’t wind up with a Ferguson title fight.

DT: We’re going to have to disagree that Ferguson has a “more deserving resume.” Team Eagle feels that Khabib has been performing at a high level for a longer time. Ferguson just entered the top 10 in 2015. And while I hate to bring up old fights and play MMA math but Ferguson lost to Michael Johnson a few years ago. Khabib just ragdolled Michael Johnson.

Khabib is simply the best grappler in the UFC today. The way he effortlessly pins and traps arms on the ground is something we haven’t seen since the early days of the sport. Conor vs Khabib is the epic striker vs grappler matchup the UFC was based on. And I will be the first to admit, Khabib has suspect striking, so Conor has a great chance of cracking his chin before Khabib can score one of his classic Sambo trips.

Now having said all that Gumby, the joke is on us for wasting time arguing about this:

Knowing the UFC needs to sell as many PPV buys as possible, the most logical financial decision would be to have Nate Diaz vs Conor in a trilogy fight for the 155 pound title. It would be the biggest fight of all time and Khabib vs Ferguson could be the co-main event on the same show, in a #1 contender fight.

Or knowing Conor he will do whatever he wants up to and including going for his third title belt and challenging Tyron Woodley at 170 pounds. If Conor decided to do a “big money fight,” then the odds are that a #1 contender fight between Ferguson and Khabib will settle this argument for us. I wouldn’t have it any other way actually.