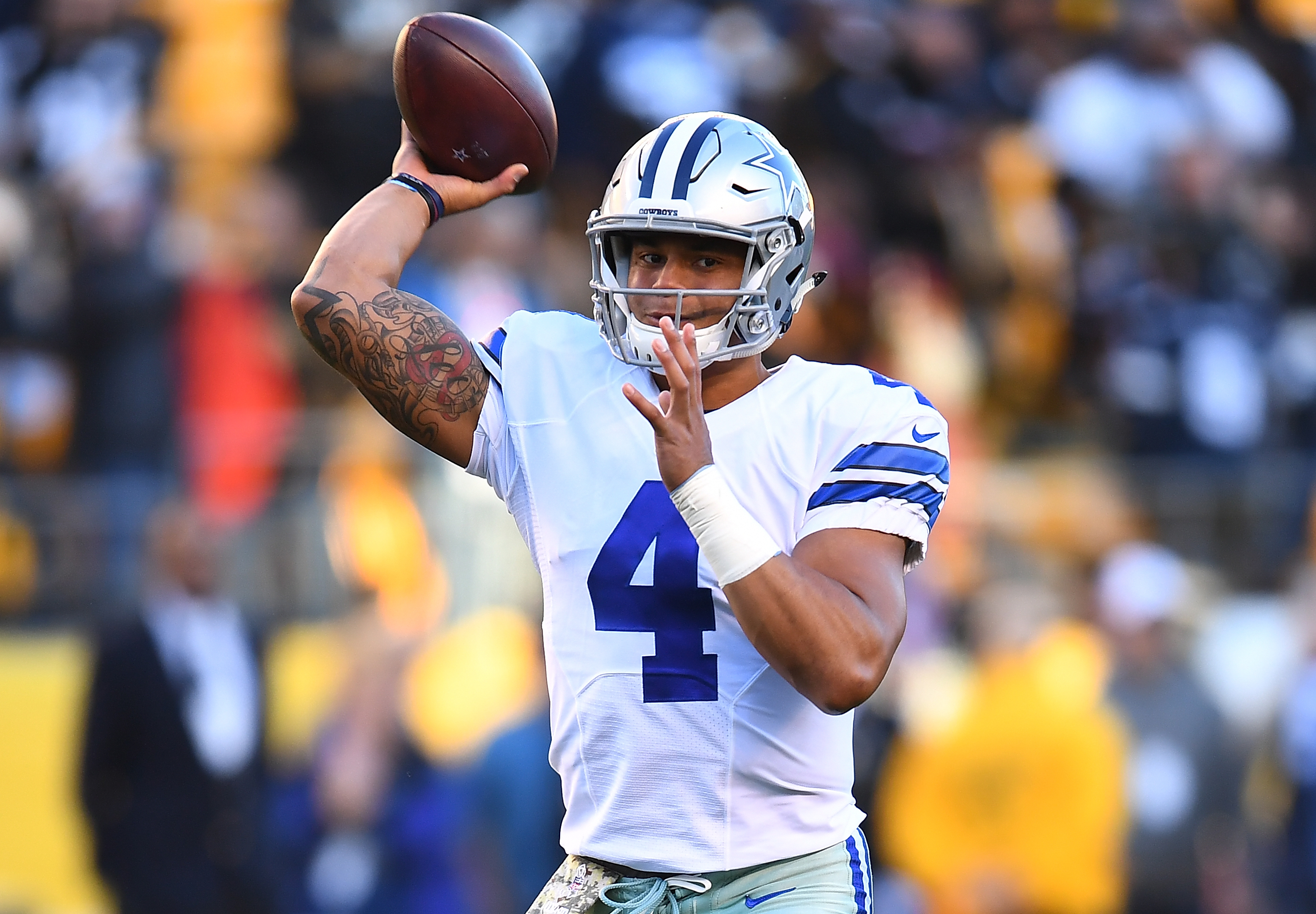 Hall of Fame quarterback Brett Favre has high praise for Dak Prescott, who he considers to be the most valuable player in the league.

The rookie quarterback has led the Dallas Cowboys to the best record in the NFC, and Favre says the decision to go with Prescott as the starter over Tony Romo is “clear cut.”

“We all are fools if we don’t mention Dak Prescott, presently, today, as an MVP candidate, not Rookie of the Year,” Favre said Tuesday on SiriusXM NFL Radio, via The Dallas Morning News’ Jon Machota. “Each week, I go, ‘Wow.’ This game against Pittsburgh was outstanding.”

Prescott threw for 319 yards and two touchdowns in a 35-30 victory over the Steelers on Sunday, as the Cowboys won their eighth straight game. He ranks ninth in completion percentage (66.8) and fourth in quarterback rating (104.2) after Week 10.

“It can’t be easy, and this sounds crazy, but the way Dak Prescott is playing, makes it a little bit easier to digest for Tony,” Favre said. “In my opinion, he’s the front-runner as the MVP candidate. I believe that 100 percent. Why not?”

“… To handle himself with the poise, to go into some of these road games and play as if he were Tom Brady is simply amazing. Not that I want him to, but each week I expect him to fail, but not only does he rise to the occasion, but he does it times 10.”

Prescott can solidify his MVP chances by leading the Cowboys to a win over the Baltimore Ravens on Sunday. The Cowboys are the only NFL franchise to have never beaten the Ravens, according to Jamison Hensley of ESPN.