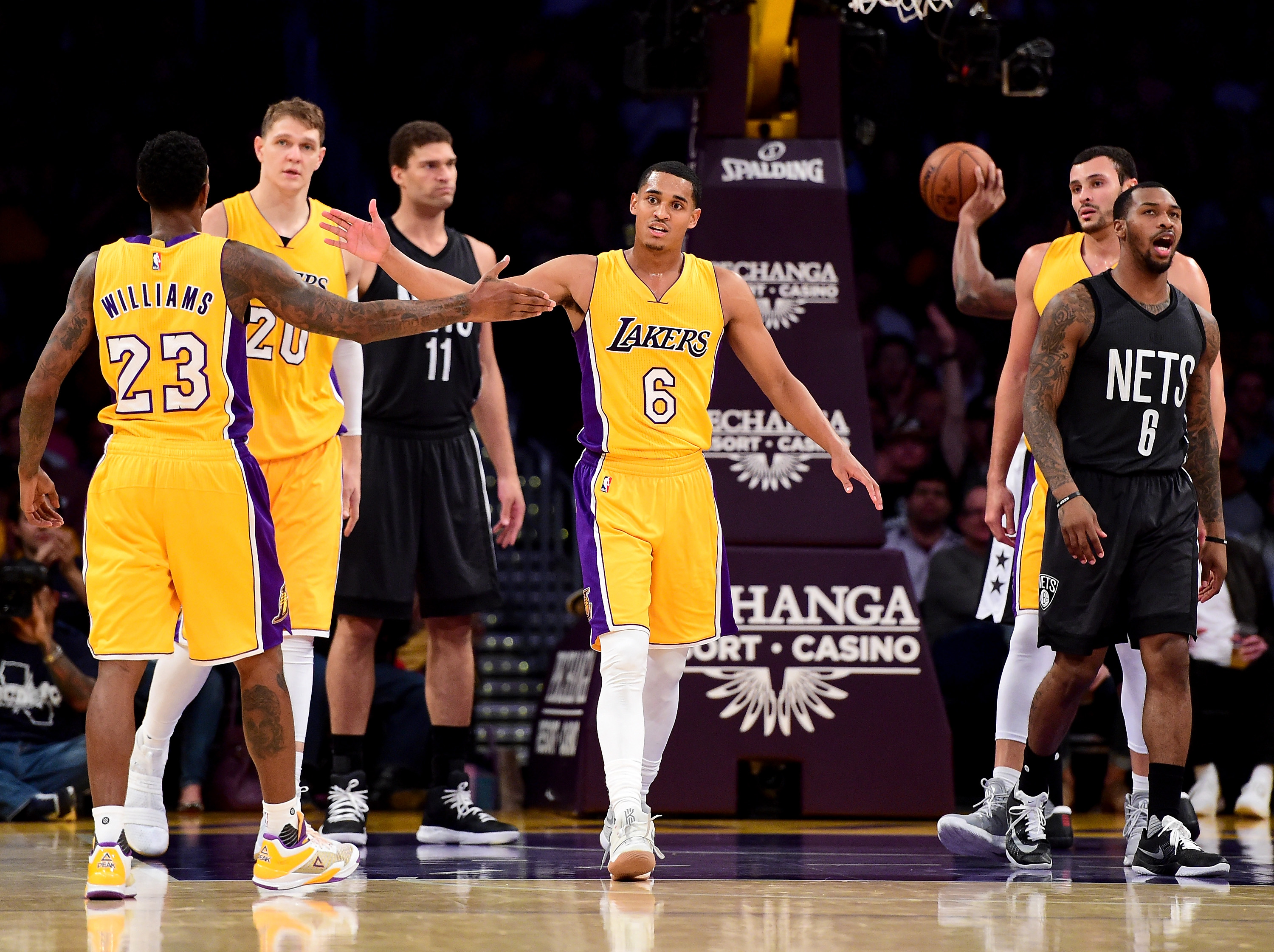 Just over three weeks have passed since the 2016-17 NBA season got underway, and we’re already overreacting to a sample size of 12 games or less. Take a deep breath and try to relax. We’re just getting started.

Here are the eight biggest overreactions during the NBA season so far.

Russell Westbrook will average a triple-double for the entire season

If there’s anyone who could average a triple-double for a season, it’s Westbrook. The do-it-all point guard has led the league in triple-doubles the past two seasons, and he is averaging 32 points, 9.7 rebounds and 9.9 assists after 11 games in 2016-17.

But Oscar Robertson averaged 44.3 minutes per game in his triple-double season, and it’s highly unlikely that Westbrook get that much playing time every night because the Oklahoma City Thunder can’t risk him getting injured.

The Lakers are a playoff team

D’Angelo Russell said the Los Angeles Lakers are capable of being a playoff team. That is a bold statement, considering the Lakers finished with the second-worst record in the league last season. Their next five games will be telling, as they host San Antonio, Chicago and Oklahoma City before visiting Golden State, then returning home to face the Warriors for the second time in three nights.

The Clippers are the best team in the league

At 10-1, the Los Angeles Clippers have the best record in the league and therefore must be the best team, right?

Not if the reigning champion Cleveland Cavaliers have anything to say about it. While the Clippers are playing well, they know the season is still young.

“I hate to say it but it means absolutely nothing. Seriously,” Chris Paul told the Los Angeles Times. “10-1 is all good and well, but if you’ve been around the league, it’s not about right now. I think for us, some of the heartache we’ve had in the postseason and stuff like that, we expect to do this. No disrespect to anybody, but for us it’s all about the process, where every night it’s about getting better and building.”

For what it’s worth, the Clippers are destroying teams by an average of 16.6 points per game, more than double that of Cleveland (plus-7.1).

He’s leading the league in scoring as we speak at 33.2 points per game, but DeRozan is going to have a hard time holding off the likes of Westbrook, Anthony Davis and James Harden for the scoring title. Still, you have to admire what the Toronto Raptors star has done so far.

According to ESPN, DeRozan is the first player with at least 30 points in eight of his first nine games of the season since Michael Jordan in 1986-87.

The Warriors should trade Klay Thompson

There is a rumor going around that the Golden State Warriors star may be available via trade.

Just stop. Thompson is arguably the best shooting guard in the NBA, and he’s a perfect fit for what the Warriors do. Just because he’s in a slump right now doesn’t mean the Warriors are going to trade him.

Thompson got off to a slow start last season, but heated up around the middle of November. Give it some time.

The Thunder will miss the playoffs

If the playoffs started today, the Thunder would narrowly make the cut at 6-5. After winning six of their first seven games, Oklahoma City has dropped four in a row, as life without Kevin Durant has proven to be challenging. Victor Oladipo was the only other starter not named Westbrook to score more than four points in a 104-88 loss to the Detroit Pistons on Monday. The Thunder should still make the playoffs on the shoulders of Westbrook, but it won’t be easy.

The Knicks are done for

The New York Knicks are off to a slow start. That is disappointing, considering Derrick Rose called them a super team before the season started. On paper, the starting lineup features a former MVP (Derrick Rose), a former scoring champion (Carmelo Anthony), a former defensive player of the year (Joakim Noah) and a runner-up for rookie of the year (Kristaps Porzingis).

Despite all that talent, the Knicks are two games below .500, but team president Phil Jackson isn’t surprised by the slow start, believing the squad will get better with time. He has a point. It’s a long season. Plenty of time for the Knicks to turn it around.

The third-longest active playoff appearance streak belongs to the Memphis Grizzlies at six consecutive seasons. Memphis is on the outside looking in as the ninth-place team in the Western Conference right now and averaging just 97.5 points per game. However, Chandler Parsons, the top free-agent signing by the team, is just now making his way back from knee surgery. It shouldn’t be long before the Grizzlies start moving up the ladder.