James Franklin and his players may be focusing on things one game at a time, but that doesn’t mean you can’t take a look at what else is happening around the country. Penn State may still have a slim shot at making the College Football Playoff, but one hurdle appeared to be cleared on Thursday night.

No. 5 Louisville was dominated on the road Thursday night at Houston, losing by a score of 36-10. With that being Louisville’s second loss of the year, the Cardinals are very likely due for a drop in the next batch of College Football Playoff rankings on Tuesday night.

Well, if you read my outline for how Penn State can make the playoff, you know this was a development I did not necessarily think needed to happen but would be nice to see.

Step 5 (Optional, probably): While the past four steps would probably take care of enough to get Penn State in the playoff, it might be best to make sure the Big 12 and Pac-12 suffer a blemish, so pull for a three-loss Big 12 champion to knock Oklahoma out of the way (but have the Sooners take out West Virginia this weekend), and hope that Washington loses in the Apple Cup against Washington State. Because we should not be too careful, have Washington State lose to Colorado this weekend. At the same time, you don’t want Colorado getting too hot right now with three ranked opponents in the last three games (if Colorado plays for Pac-12 title), so hope they get there with one more loss. It could happen.

I think that should just about do it, although Louisville is still hanging around. Let’s just have Houston take care of that problem this Thursday night and be done with it.

Louisville will fall to the ranks of the twice-beaten, and will carry a 2-2 record against teams with a winning record. So how does that fare for Penn State? That’s a good question. Like Penn State, Louisville has  a home win against a No. 2 team, with a 63-20 thrashing of Florida State. Penn State shocked No. 2 Ohio State more recently, and given the current rankings, you can argue Penn State has done more overall than the Cardinals, who are 2-2 against teams with a winning record (Penn State is currently 4-2). Ohio State is also up to N0. 2 in the playoff ranking, while Florida State is down at No. 17. Advantage, Penn State, even if Louisville does have the Heisman Trophy frontrunner in Lamar Jackson. Want to do some comparing of records? How about seeing how the current top 10 compare with records against teams currently .500 or above…

Records against teams currently .500 or above:

If Penn State tops Rutgers this weekend, there will be no reason to hold Louisville above either Penn State or Wisconsin. Both should move up at least one spot given these numbers.

Of course, there is still a lot of work for Penn State to do in the next two weeks and the Nittany Lions still could use a little help from Ohio State next week or Michigan State and Indiana this week. Penn State has to pick up wins against Rutgers and Michigan State (an opponent that for some reason just gives me the heebie-jeebies right now considering how this season is playing out right now.). None of this playoff and Big Ten championship talk is valid if Penn State slips up against Rutgers or Michigan State. This is why Franklin is set on focusing on just Rutgers and not talking about any of the other stuff happening beyond Penn State’s control.

The fact we can sit here in mid-November and have this discussion is a lot of fun though.

Who to Root For This Weekend 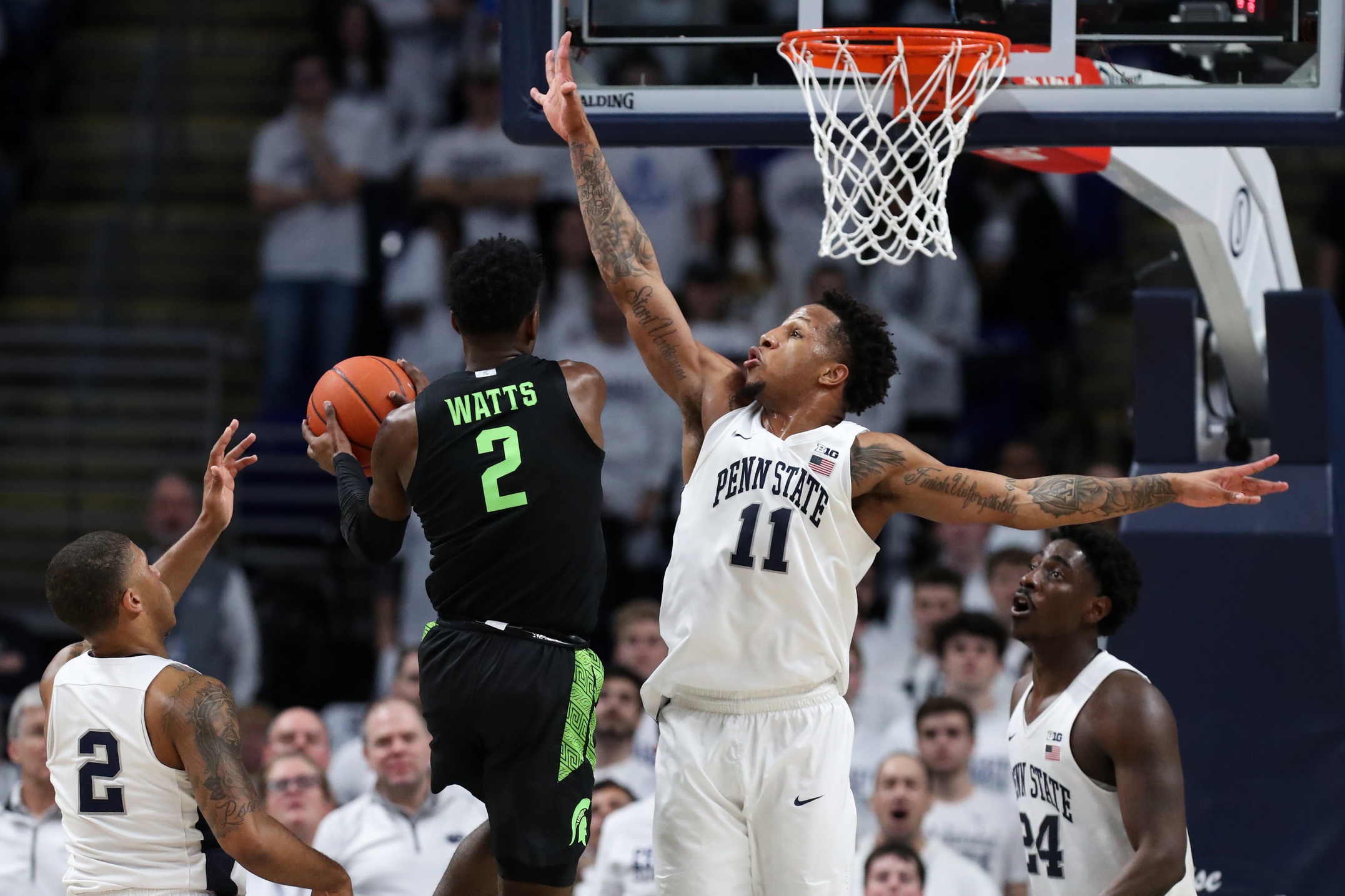 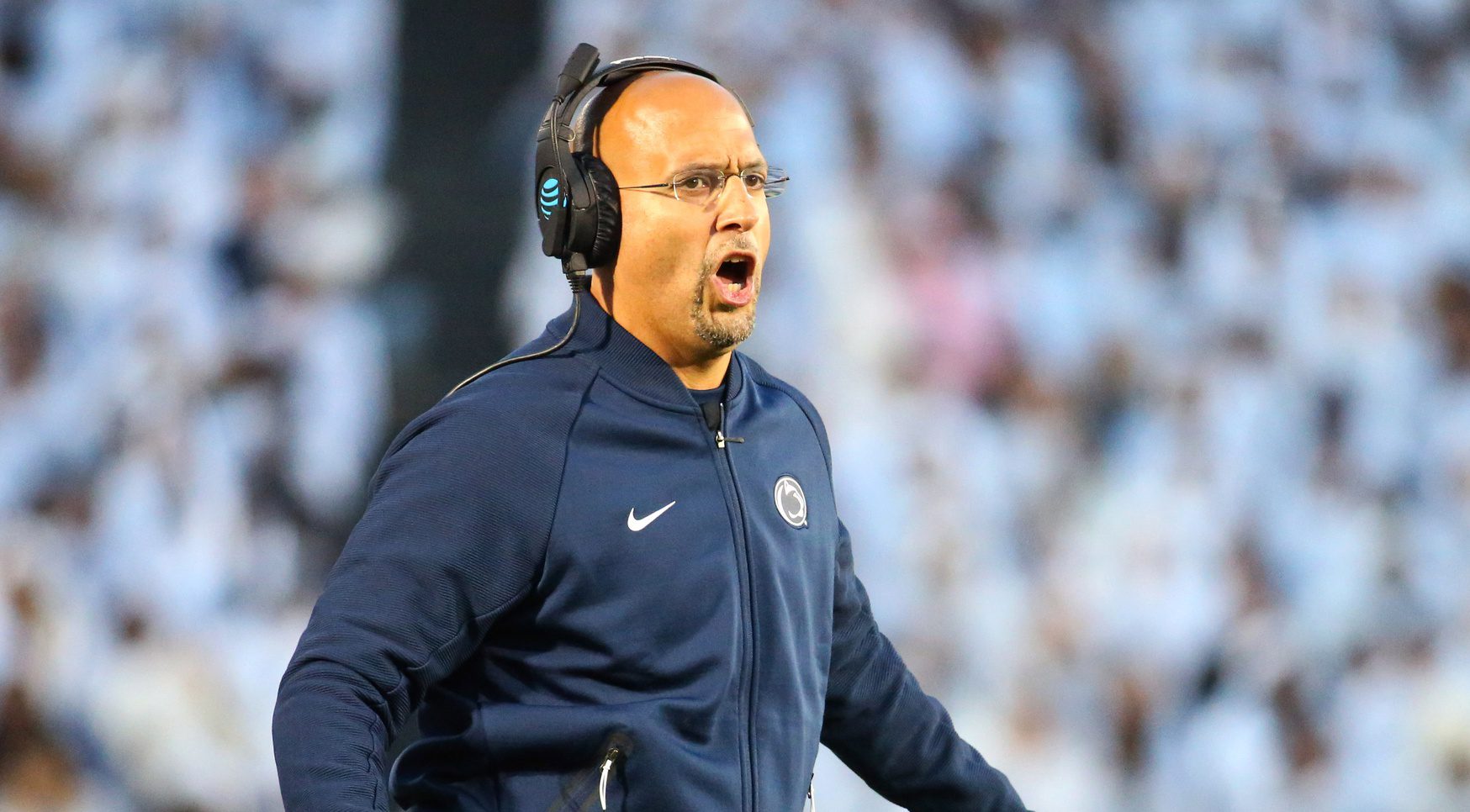