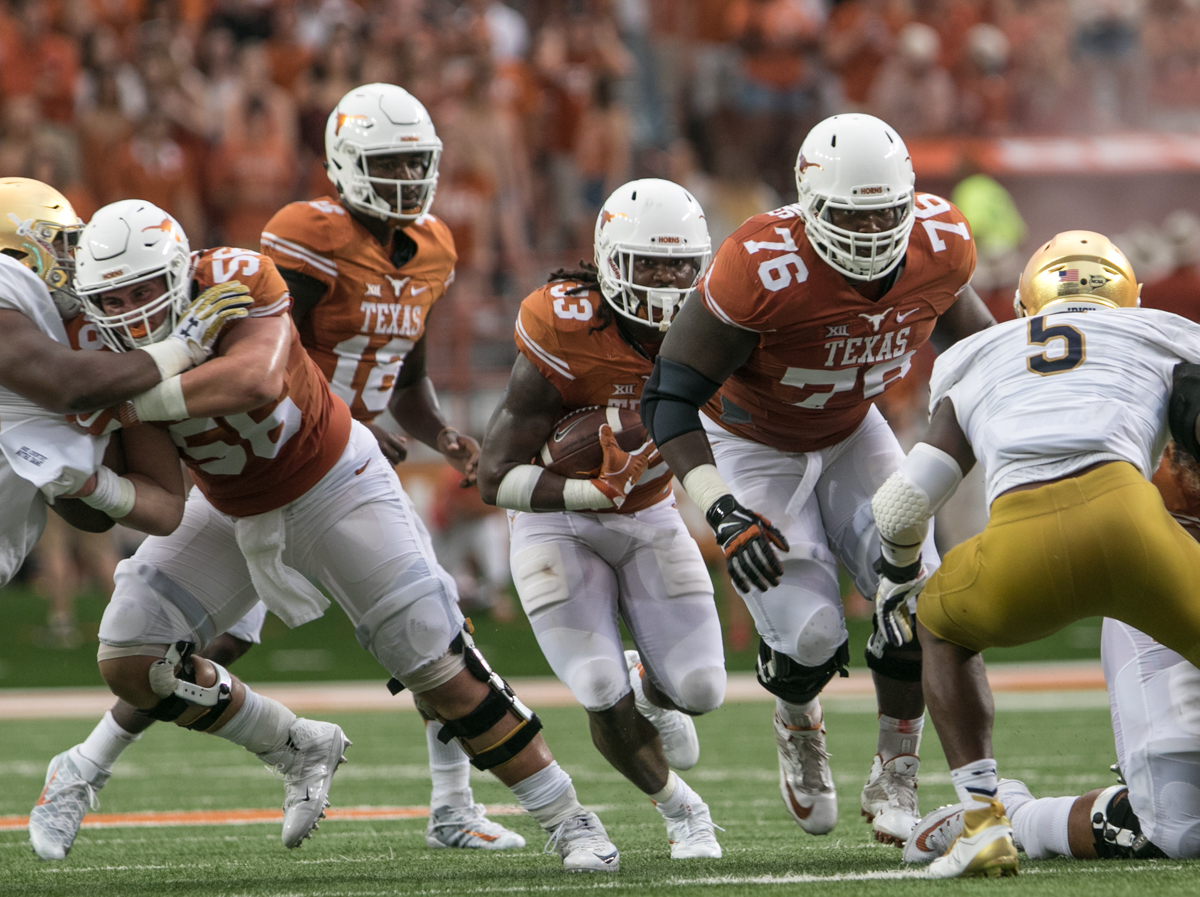 There is only one word to describe Samuel, elusive. Samuel has the skill set to play both receiver and running back, but he makes sense for the Eagles to target in the draft if he were to come out. Samuel reminds me of a of Corey “Philly” Brown and Ted Ginn with their time at Ohio State, but his general pro comparison is Percy Harvin. One thing is for sure, if Samuel does come out he will thrive in the combine and he will certainly run well in the 40-yard dash. Don’t be surprised to see Samuel get attention as the draft nears. Looking at the past, Doug Pederson had a De’Anthony Thomas and Dexter McCluster who were used as players to create difficult match ups and that is exactly what Samuel is if not better. Samuel, so far has 637 rushing yards and 750 receiving yards on the year. Samuel has a shot to become the first FBS player with 1,000 yards both rushing and receiving. Also worth noting that the only FCS player to do so is former Eagles running back, Brian Westbrook in 1998 while he was at Villanova.

Foreman has climbed up on most big boards and rightfully so when you look at the number. He is the leading the FBS in rushing yards per game (179.2), ninth in touchdowns (13) and fourth in rushing attempts (241). Foreman has put his name into the Heisman race with his statistics and is looking to be the first running back at Texas to rush for over 2,000 yards in a season since Ricky Williams did in 1998. Foreman, being only a junior, has the choice to stay at school for another year, but that is unlikely with his recent success and his draft projections which stand somewhere in the second round.  The Eagles without a doubt need a workhorse back and that’s what Foreman could be with the Birds. Having a backfield filled with Wentz, Foreman and Smallwood would be something of intrigue and could prove to be a deadly arsenal at Doug Pederson’s exposure.

Production is what Washington is best at. From day one at Oklahoma State he has seen his fair share of impressive games. Washington lead the Cowboys in receiving touchdowns (6) his freshman year and also joined a select group as freshman to have a 100 yard game as well at Oklahoma State. Washington certainly isn’t the fastest guy on the field but he finds ways to get open and is not afraid of contract especially in the middle of the field. Washington thrived at both tennis and basketball in high school and also was on the honor making him an even my intriguing prospect that I would love to see the Eagles target. Washington can play and here is his film against Oklahoma last year.