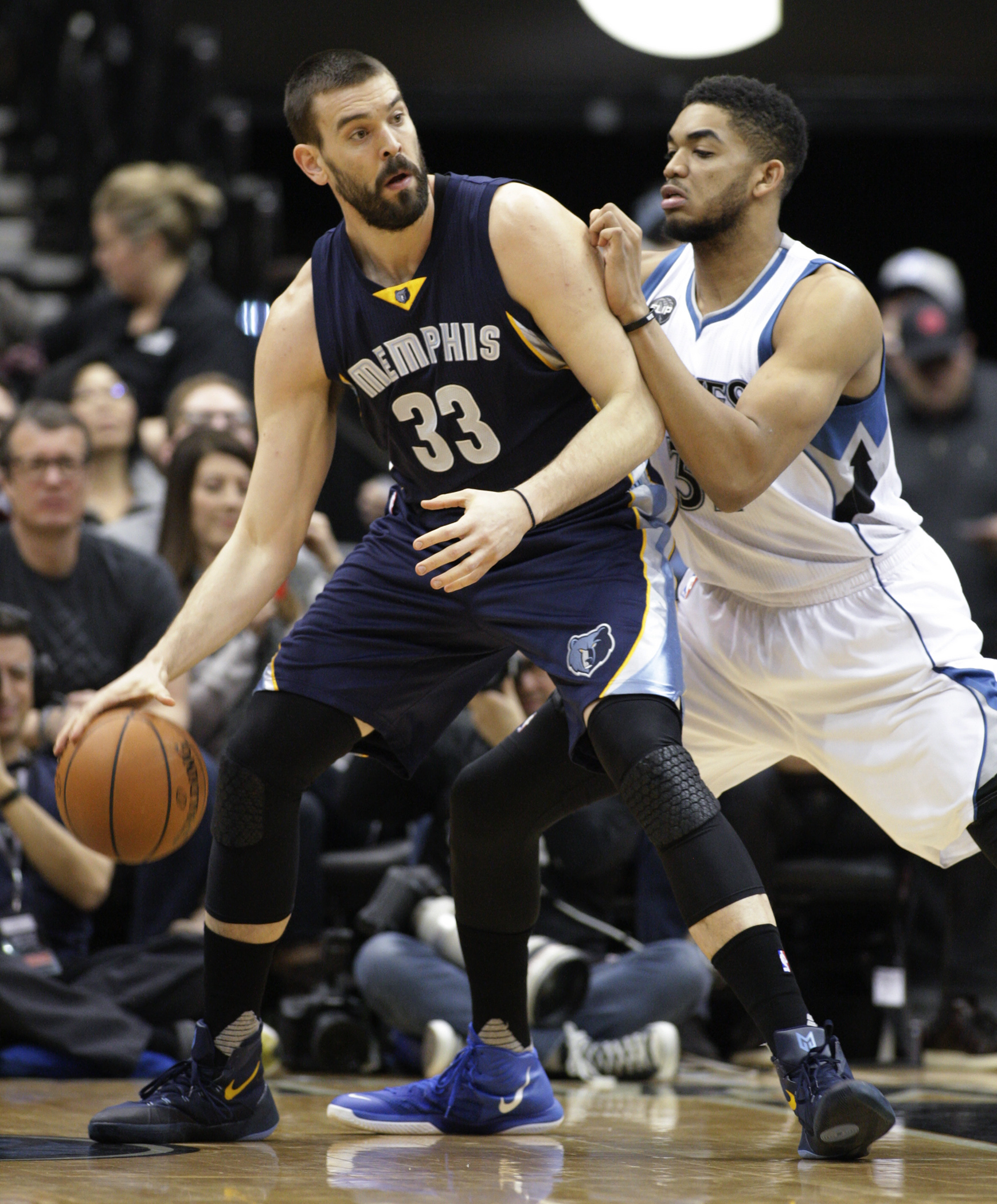 *Check out The Howl Podcast for everything Minnesota Timberwolves*

Saturday, Nov. 19 at 7 p.m. at the FedExForum in Memphis, Tennessee.

The Minnesota Timberwolves are coming off a dominating performance Thursday night as they took down the Philadelphia 76ers 110-86 on national television.  The Grizzlies are fresh off a game against the Dallas Mavericks yesterday as they won 80-64, moving them to 7-5 on the year.  The Timberwolves stand at 4-7 so far as they look to add to the win column.

Andrew Wiggins continued his impressive offensive tear Thursday, accumulating 35 points and 10 rebounds while also adding four assists.  Karl-Anthony Towns also came to play, as he finished with a double-double tallying 25 points and 10 rebounds.  The duo will look to face off against a stout Grizzlies team that includes the likes of Mike Conley, Marc Gasol, and Chandler Parsons.

The Timberwolves and Grizzlies have met previously twice this year, as the season series is all tied up 1-1.  One game was played at the FedExForum, while the other was played in Target Center.

In their first matchup, the Grizzlies squeaked by with a 102-98 home victory.  With Tony Allen and Chandler Parson both our for the game, Mike Conley and Zach Randolph upped their game.  Conley had a solid showing, ending with 29 points, knocking down five three-pointers. Randolph compiled 19 points, adding 11 rebounds as well.

The second meeting saw the Timberwolves walk out victorious, 116-80 at home.  Without three of their top players in Gasol, Parsons, and Conley, Memphis was weakened, and the Timberwolves feasted.  Zach LaVine exploded for a game-high 31 points while also snagging four rebounds.  Big man Gorgui Dieng also had himself a solid night, scoring 17 points while gathering six rebounds.

In their past 13 outings against the Grizzlies, the Timberwolves are 6-7 in that stretch.  Minnesota holds the overall series advantage all-time, 46-36.

The battle between Gasol and Towns will be a fun one, as it has been noted multiple times that Towns has called Gasol his “toughest matchup” in his young NBA career.  Towns enters the game averaging 22.3 points per game, and 9 rebounds per game in his sophomore season.  Gasol enters averaging 19.3 points per game and six boards per game, while also adding some very interesting celebrations. The two seven footers should be featured early, and often.

It is also worth noting that Parson and Conley have been put on the injury report as of this morning.  Their situations should be monitored closely as this will be game two of a back-to-back for Memphis.

(stats from nba.com, basketball-reference.com, and numberfire.com)