Down in the Dumps with the Dallas Mavericks 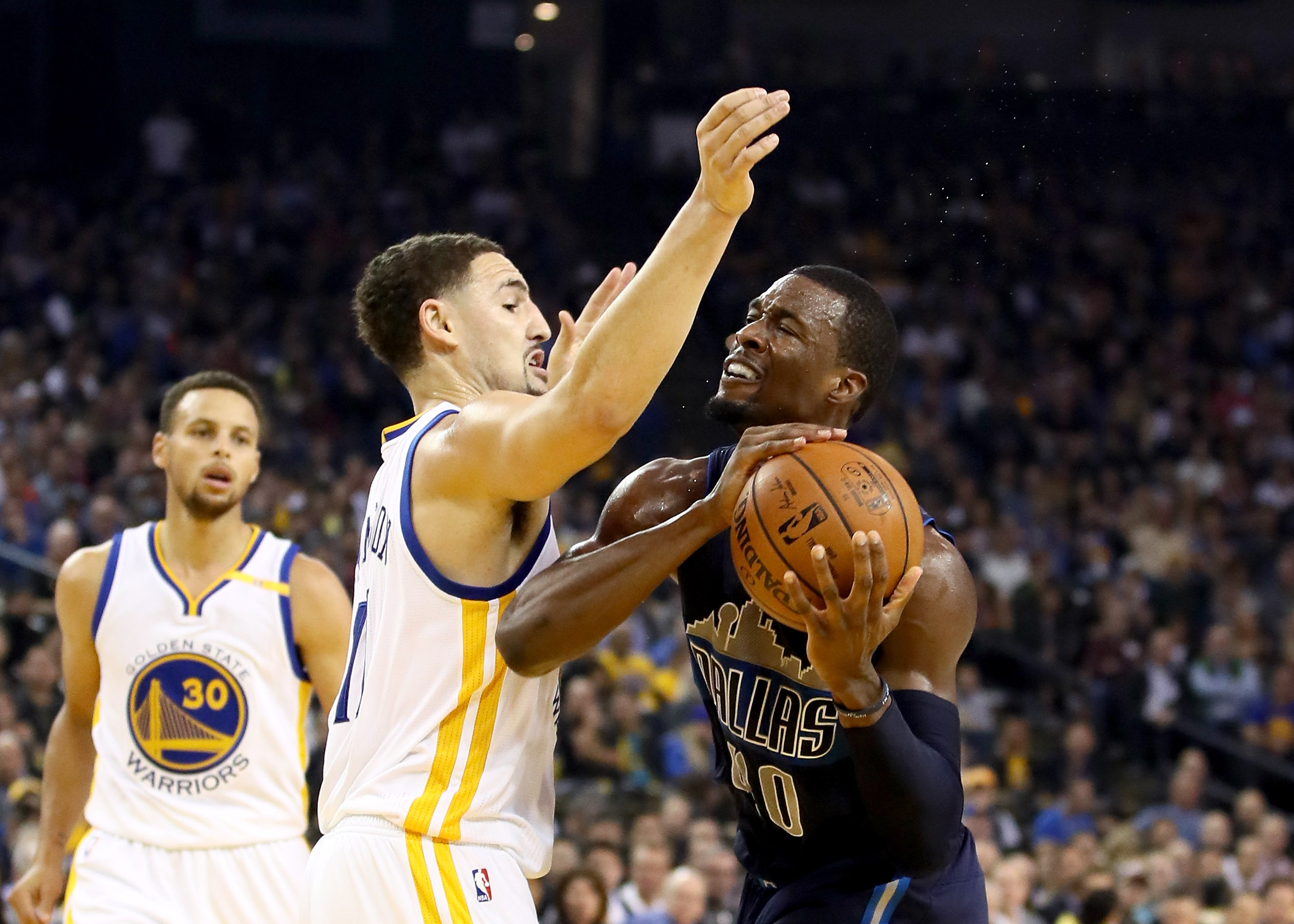 Down in the Dumps with the Dallas Mavericks

I’m not sure that I’ve ever written anything about the Dallas Mavericks before now. It’s been years and hundreds of pieces written, but not a single thing that was Mavs-centric. The time has finally come.

Dallas has a habit of being good enough to sneak into the playoffs, retooling on the fly, and finding their way into the playoffs. Just once in the past 15 seasons have the Mavericks failed to reach the postseason. It doesn’t look good for that history of success to continue into the 2017 playoffs.

Obviously, it wasn’t supposed to be this way. They still have one of the greatest forwards of all-time in Dirk Nowitzki, and they acquired one of the better free agents on the market this summer in Harrison Barnes. The drawback, to date, has been Nowitzki playing just three games due to nagging injury concerns. Barnes is new to Dallas, so exactly what his production will look like when Dirk is healthy remains an unknown.

What we do know right now is that Barnes has been a solid performer for the Mavs, averaging 21.3 points and 5.7 rebounds on 46 percent shooting while playing a massive 37.8 minutes per game – almost nine minutes more than his career average.

About injuries, though. Nowitzki isn’t the only player that is sidelined for Dallas. Deron Williams, J.J. Barea and Devin Harris are all missing time for the Mavs. Through 12 games, they’ve started 10 different players, including Dwight Powell, Dorian Finney-Smith, and Justin Anderson.

A decimated backcourt has left Dallas leaning heavily on Curry. Seth Curry, that is. He’s been forced into a more prominent role for the Mavs, playing 30-plus minutes in each of the last six games. In those six games, he has put up 12 or more shots in five contests and shot 33.3 percent or worse in four of those five games. His job isn’t just to score, but he’s not doing well in that aspect of his game.

As a point guard, he’s played in all 12 Mavericks games this season, starting four of them. Even with an uptick in his role and playing time over the past couple of weeks, he’s still only averaging 2.8 assists. And this is a problem that resonates throughout the team. Dallas currently ranks dead last in assists per game.

They’re also dead last in rebounds and points. Things are ugly for the Mavs. Their terrible offensive numbers are completely nullifying an otherwise stout defense. They currently sit eighth in defensive rating. It’s a small thing, but when things look as bad as they do in Dallas, you should take the wins where you can find them.

The two ex-Warriors on this roster have been performing well, but a hobbled Andrew Bogut can’t combine with the non-cornerstone talent of Barnes to carry the Mavs’ carcass to many more wins in the ultra-competitive Western Conference.

The Dallas offense, ranking dead last, hasn’t been able to connect anywhere. They’re taking a lot of mid-range shots and missing a lot of 3-pointers, both corner and above the break, while converting shots in the paint at less than 40 percent. Jump shots in general, a classification that comprises a vast majority of shot types attempted for the Mavericks, are connecting at just 28.8 percent. With terrifyingly low margins in the paint, from 3, and everywhere between the Mavs are demonstrating that it isn’t a particular shot type or player who is skewing their performance, this is everyone. There is also an apparent lack of ball movement, as Dallas is nearly a clean split between assisted and unassisted field goals, with 50.5 percent being assisted.

A turnaround for the short term seems to be in store. Williams, Barea, Harris and Nowitzki will all return eventually. That cast of players, when healthy, will give the team a huge boost in assist opportunities and scoring. Bogut, whenever he can put in about 25 minutes, will give them a big boost in rebounding and defense.

It’ll be interesting to see where Dallas goes from here. There are issues beyond the missing players. Even when they return, there isn’t any long-term plan that can be put in place that utilizes those players. As for any type of youth movement, they have Barnes under contract. They’ve got Powell and Anderson under team control, but both are a long way from a sure thing at this point in their career. It also doesn’t look good for them on the free agent market after the DeAndre Jordan fiasco.

2017 is going to have a particularly strong draft class, so they have that going for them. By the time a player like Markelle Fultz realizes his potential, they’ll be on to the next contract with Barnes or he’ll be gone.

This rough start that has basically ended the Mavs season almost as quickly as it began might be the best thing for them. No time like November to realize the limitations of a team. I’m sure we’ll have a lot more to say about Dallas as the season goes on. For now, we’ll leave it at this – Dallas is firmly on The Lottery Mafia radar and they probably aren’t going anywhere for a long time.