The Pelicans downed the Wolves in convincing fashion on Wednesday night, 117-96. Anthony Davis set the tone early scoring 21 points in the first quarter. The Wolves were able to compete, however, until another miserable third quarter in which the Pelicans outscored the Wolves 36-18. Poor transition defense, lackadaisical effort, and ice cold shooting all contributed to another disappointing third quarter and a third straight loss.

Davis won the battle of the bigs outscoring Karl-Anthony Towns 45 to 9. He showed off his range, post ability, and driving game in making his case that he is the best young big man in the game.

Zach Lavine was the leading scorer for the wolves with 26 as Wiggins had another cold night going 2 of 19 from the field for 13 points, 0 rebounds, and 0 assists. Towns was also underwhelming shooting 4 for 11 from the field for 9 points and 11 rebounds.

Along with Lavine, Kris Dunn was one of very few bright spots, playing promising defense, swiping 4 steals, and posting a team high +10 in plus/minus.

The Wolves will face a 5-11 Suns team on Friday, November 25th at 8:00pm in hopes of rebounding from another bad game. Hopefully, they will be able to keep this Suns team, which boasts Devin Booker averaging nearly 20ppg and Eric Bledsoe averaging over 18ppg, in check defensively. 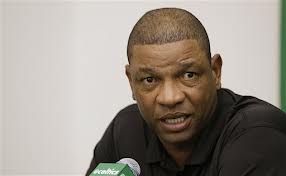 The U Sports (formerly the CIS) top 10 has shifted again in week 7. The Golden Bears find themselves ranked third (up from fifth) in...