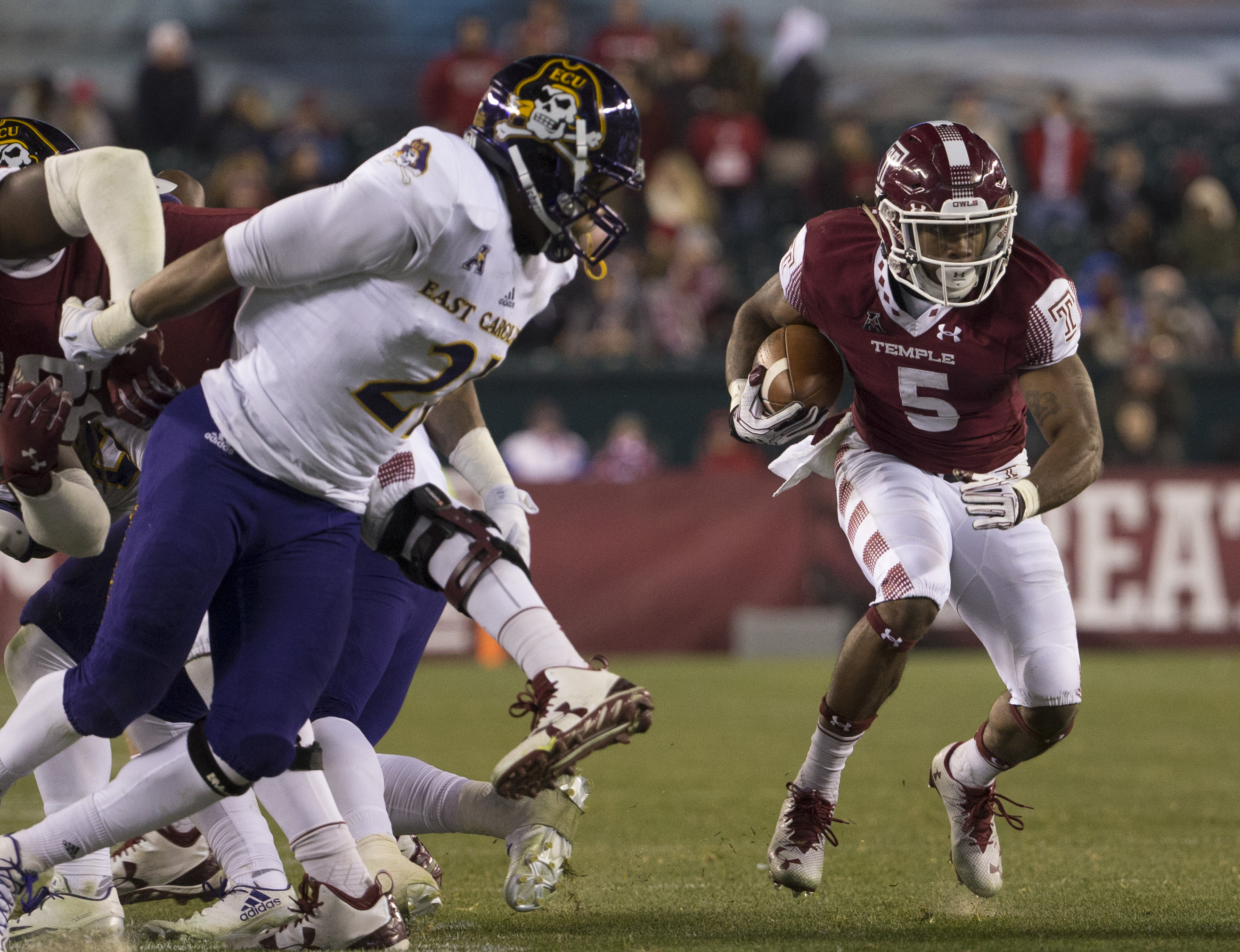 The Temple Owls needed a win this evening to win the AAC East and advance to their second straight AAC Championship game, and they snagged it in dominant fashion with a 37-10 victory over the East Carolina Pirates.

Temple’s defense showed some holes in their game to start this evening’s game. After an opening kickoff that put East Carolina near midfield, the Pirates went on an 11-play drive that was capped off by a 13-yard touchdown pass from quarterback Gardner Minshew to receiver Jimmy Williams.

The Owls would answer right back on their opening drive on offense when a 44-yard completion from quarterback Phillip Walker to receiver Adonis Jennings set up a two-yard touchdown run by running back Ryquell Armstead.

After nearly an entire quarter of play with neither team putting points on the board, the Owls got the first second quarter points of the game when Armstead ran his second one in of the night, this time from one yard out.

Temple got the ball right back when defensive lineman Praise Martin-Oguike forced and recovered a fumble for the Owls. It was all Jahad Thomas from there, first with a 10-yard run to get the Owls deep in Pirates territory, followed by a three-yard touchdown run.

Thomas would get his second touchdown of the game late in the third quarter with another three-yard touchdown run.

Next week, the Owls will head to their second straight AAC Championship game when they take on the Navy Midshipmen.