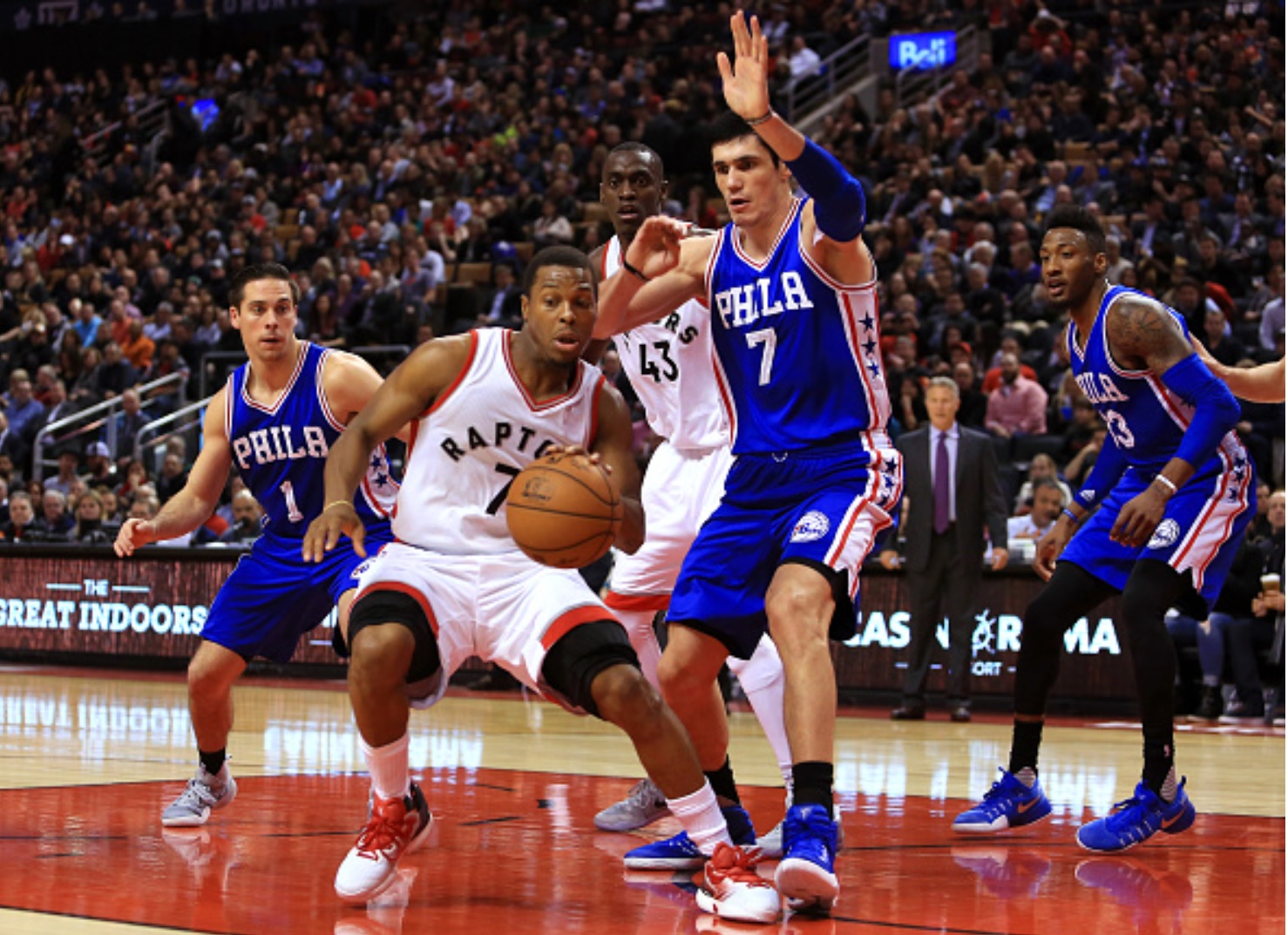 The Sixers had a tall task in front of them entering play Sunday, with 2 games in as many days against the pair of teams who squared off in last summer’s Eastern Conference Finals. But while they acquitted themselves well in a close defeat to the Cavaliers, the same could not be said in Monday night’s blowout defeat north of the border.

The problem was not on the offensive end, where Philadelphia shot 41.2% from three on 34 attempts. The way you end up losing by 27 then, is by allowing the opposition to shoot an even more impressive 13-19 from three (68.4%), and sending them to the foul line 18 more times.

On the same day Villanova head coach Jay Wright won the local charity pop-a-shot competition, one of his former stars had an equally hot hand. The bucket must have looked a mile wide for Raptors point guard Kyle Lowry, who hit all 6 of his three-point attempts for a game-high 24 points, to go along with 8 assists. Chipping in with 22 off the bench was Terrence Ross, he of the Nerlens Noel trade rumors last summer, who went 3-5 from behind the arc himself.

Part of the problem was undoubtedly the absence of Joel Embiid, who did not travel with the team on the back-to-back as part of his normal load management routine. Instead, Jahlil Okafor drew the start and the defensive results were not pretty. Let’s take a look at Jahlil defending the pick-and-roll against the hottest shooter on the floor.

The most important play in basketball pic.twitter.com/UAYxaMknJJ

Lowry couldn’t have an easier look at the basket if he was by himself on the court during pre-game warm-ups. Okafor might as well take a seat on the bench for all the good he’s doing to prevent the Raptors from scoring. Okafor apologists will point to his 15 points on 7-14 shooting, and plays like this one where he’s able to score through a crowd.

Nice finish by Okafor through the double team #sixers https://t.co/pT3wsb4kqo

However, I really want nothing to do with him on nights like this one where he’s not even showing a modicum of effort defensively.

On the bright side for Philadelphia was Robert Covington, who put the nail in his slump’s coffin by knocking down 6 of 9 threes for a team-high 20 points. The 6 made threes were the most by a Sixer this season. Covington is 12-25 from downtown in his last 4 games, and the regression to the mean is well underway with RoCo back up to 32.7% from three on the season.

Making a case to receive more consistent playing time, Richaun Holmes recorded 11 points and 9 rebounds (4 offensive) in 23 minutes. Holmes drained hit a corner three (1-3 on threes total), and is now 7-15 on the season. I’ll take the guy who aggressively goes after rebounds, can stretch the floor on offense, and shows a pulse defensively, but often times, past draft status takes priority.

Finally, Nik Stauskas stayed hot with a 3-6 night from three for 11 points off the bench. He’s now shooting 45.1% from three, which combined with his new aggressive, attacking mentality, has made Sauce an extremely effective sparkplug for the second unit.

The Sixers will next host Sacramento on Wednesday night, with the ever-present swap rights thrown into the mix for added intrigue. 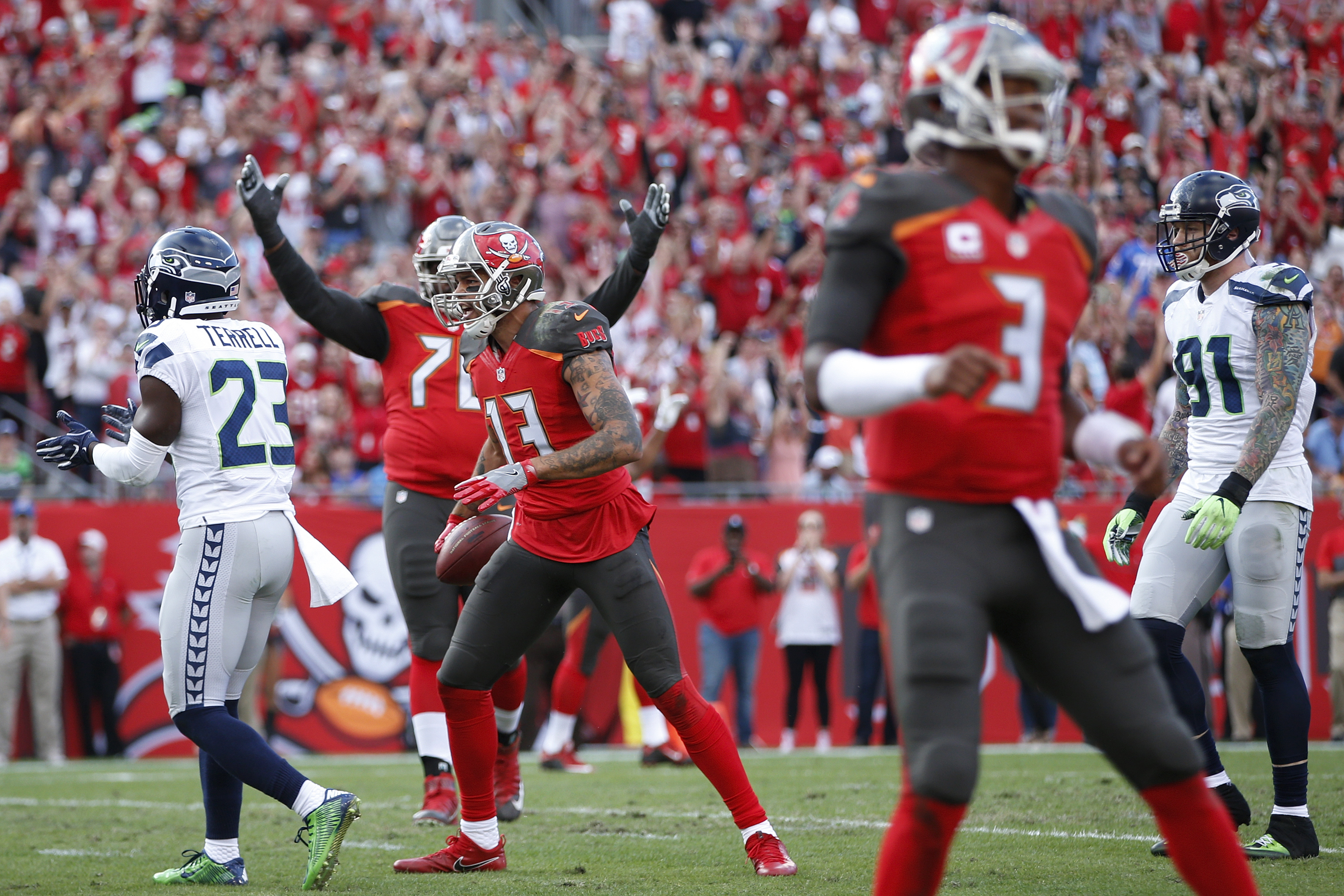 Biggest surprises from Week 12 in the NFL

A huge upset by the Tampa Bay Buccaneers, an instant classic on Sunday Night Football and breakout games from two young, speedy receivers highlighted the...