Sixers Mop the Floor with the Kings 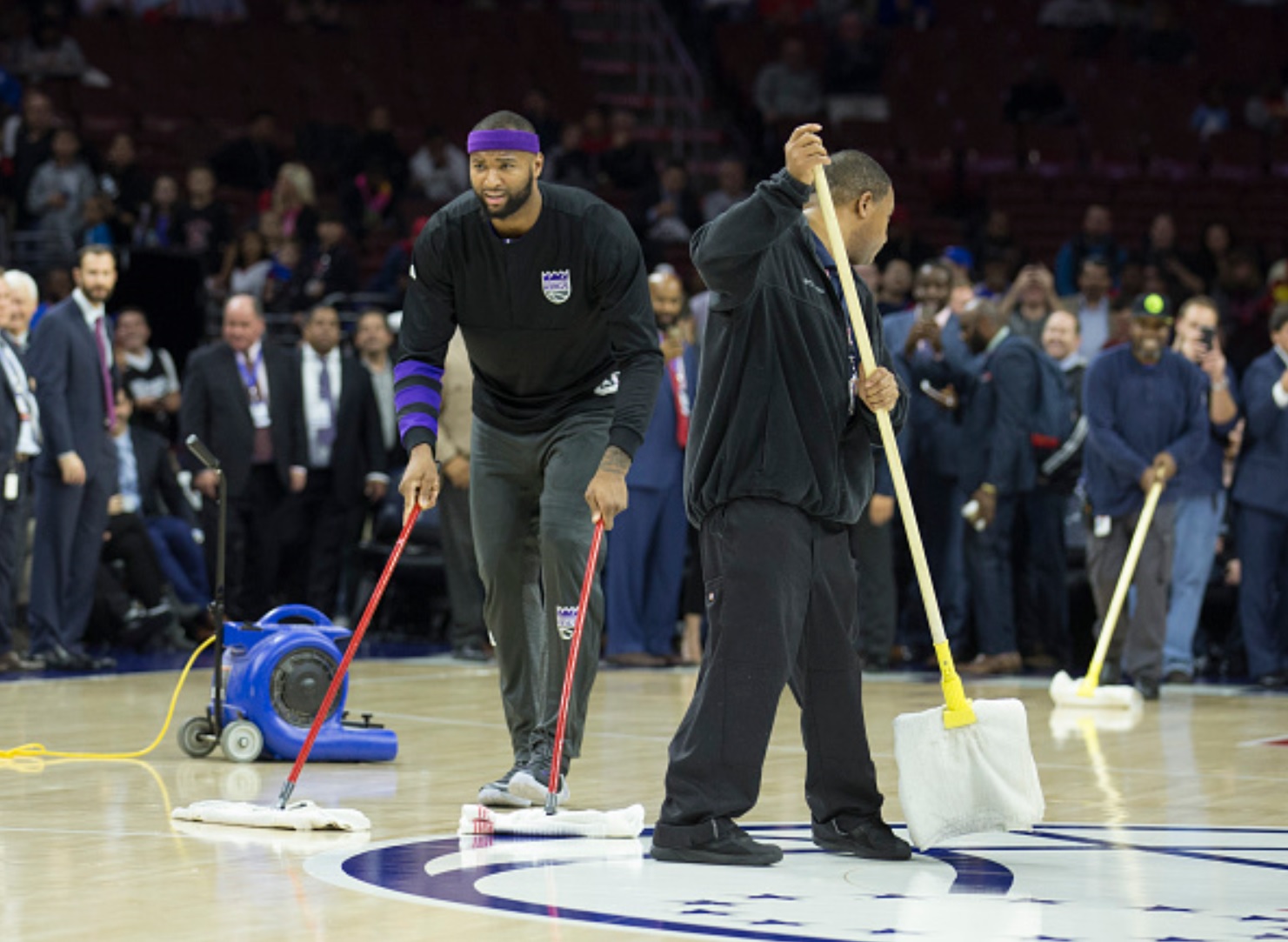 Wednesday night was supposed to be a showdown between two of the best big men in the game in Joel Embiid and DeMarcus Cousins. As an added bonus, Embiid had seen his minutes restriction bumped up to 28 minutes earlier in the day, a very welcome surprise after the team had previously announced his minutes would not be reevaluated until around Christmas.

However, instead of 28 minutes of Embiid and 48 minutes of Sixers basketball, zero total minutes were played due to about the closest thing to a rain-out as we’re ever liable to see in professional basketball. Late in the afternoon, it was discovered that there were slippery conditions on the court that deemed it unsafe for play.

There’s still no definitive conclusion about what caused the problem. One theory is that it was unseasonably humid in Philadelphia on Wednesday, which combined with the in-arena temperature being set for winter, caused excess condensation from the ice surface situated below the court. They also talked on the broadcast about how it was somewhat of a film on the court that might have been due to a cleaning solution (by the way, props to Zumoff, Alaa, and Molly for improvising for about an hour while the NBA was determining whether to postpone the game).

The arena staff placed fans (actual mechanical devices, not the people in attendance) on the court, and tried both dry and wet mopping the floor to fix the situation. DeMarcus Cousins even got in on the action.

Nothing solved the problem, however, and the NBA eventually decided to postpone the game until a later date, still to be determined. The Kings make another road trip on this side of the country in late January, so it may be around then.

In the end, all we can really do is try and laugh about the situation. At least, that’s what Joel Embiid is doing.

The Sixers next have a home back-to-back Friday night against Orlando and Saturday against Boston. 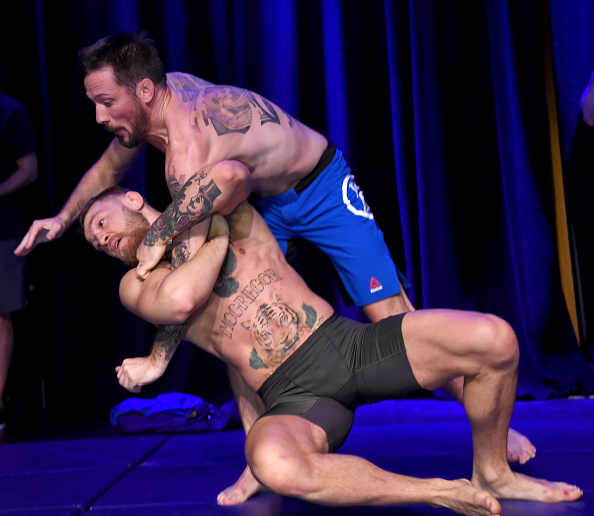 Mixed martial arts is as lonely, individualistic a sport as exists.  You enter a steel cage, the door gets locked behind you, and all...