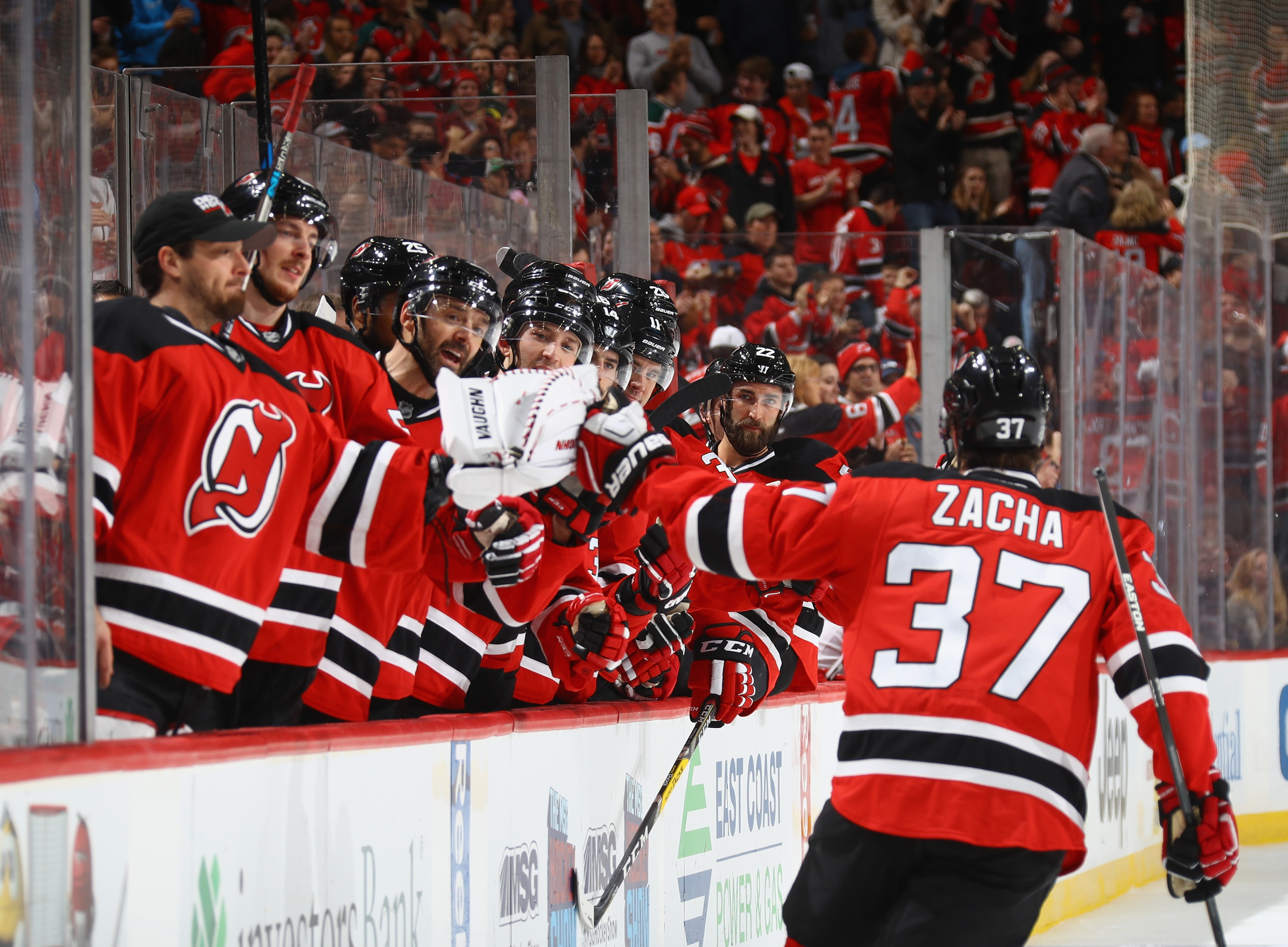 November is usually a pretty important month in the NHL. Despite the playoffs being almost 6 months away, November usually gives us a pretty good idea which teams we will be watching come April. For the past 15 seasons, 78% of the teams holding on to a playoff positions come Thanksgiving manage to hold on to one of the 8 playoff spots that will have them competing for the greatest trophy in all of sports.

While we sitting down for some Turkey and all the fixings, the New Jersey Devils were hanging on to one of the two Wild Card spots in the East. Given the statistics since the year 2000, that’s a pretty good place to be. So how exactly did the Devils get to this point?

Playing at The Rock

All fans were worried when Mike Cammalleri suddenly went back home before the game in Buffalo and there was very little information as to why he had to leave the team for the next few weeks. Prior to his absence, Cammelleri scored a hat trick against the Hurricanes on Nov 6th and once he returned to the team following his daughter’s illness, he went on to score 4 goals and 4 assists, which helped him earn the NHL’s second star of the week. Play like that reminds us just how much we missed him in our lineup at the end of last season and for the brief time he missed this month.

The Devils returned home right before Thanksgiving from a dismal west coast road trip which saw their 5-game winning streak come to an end. Lou Lamoriello and the Toronto Maple Leafs came to town ready to put a dent in the Devils home record this season and it certainly looked like they might do so. Despite falling into an early 3-0 hole in the 1st period, the Devils battled back and took care of the Leaf’s in a shootout.

Being On The Road

While injuries haven’t been a real problem with the Devils, it seems that injures / personal situations have taken their toll on some of the Devils top players. Cammalleri left before the start of the game in Buffalo to return home for his daughter (who is thankfully better) and missed 6 games. Taylor Hall returned home before the game in Dallas and has missed 8 games but is practicing with the team again and hopes to return in Chicago. Kyle Palmieri missed the game in SJ, probably the Devils worst showing of the season.

At one point, the Devils while up an extra man went on a 0-29 stretch, a streak that stretched over 9 games. The Devils PP unit ranks 24th in the league at 13.7%. Terrible numbers!!

Typically, the Devils the bottom-six consists of Pavel Zacha, Devante Smith-Pelly, Beau Bennett, Vern Fiddler, Sergey Kalinin, and Nick Lappin. Also appearing in about half the games are Reid Boucher and Jacob Josefson. Most of these players are having a tough time, with maybe the exception of Lappin. Boucher looks to be the same player he was last year while Zacha, Smith-Pelley and Bennett’s good play this season seems to come when they are playing up on the 2nd line.  Kalinin and Fiddler are two players that appear to be in decline.

The month of November was not a terrible month for the Devils. We saw many good things and we saw many things that need some work. Hopefully the return of Hall to the top line will keep the good fortunes coming. The Devils have a tough month ahead of them as the hit the road 9 times and play teams line Montreal, NY Rangers and the Washington Capitals for the 1st time this season.