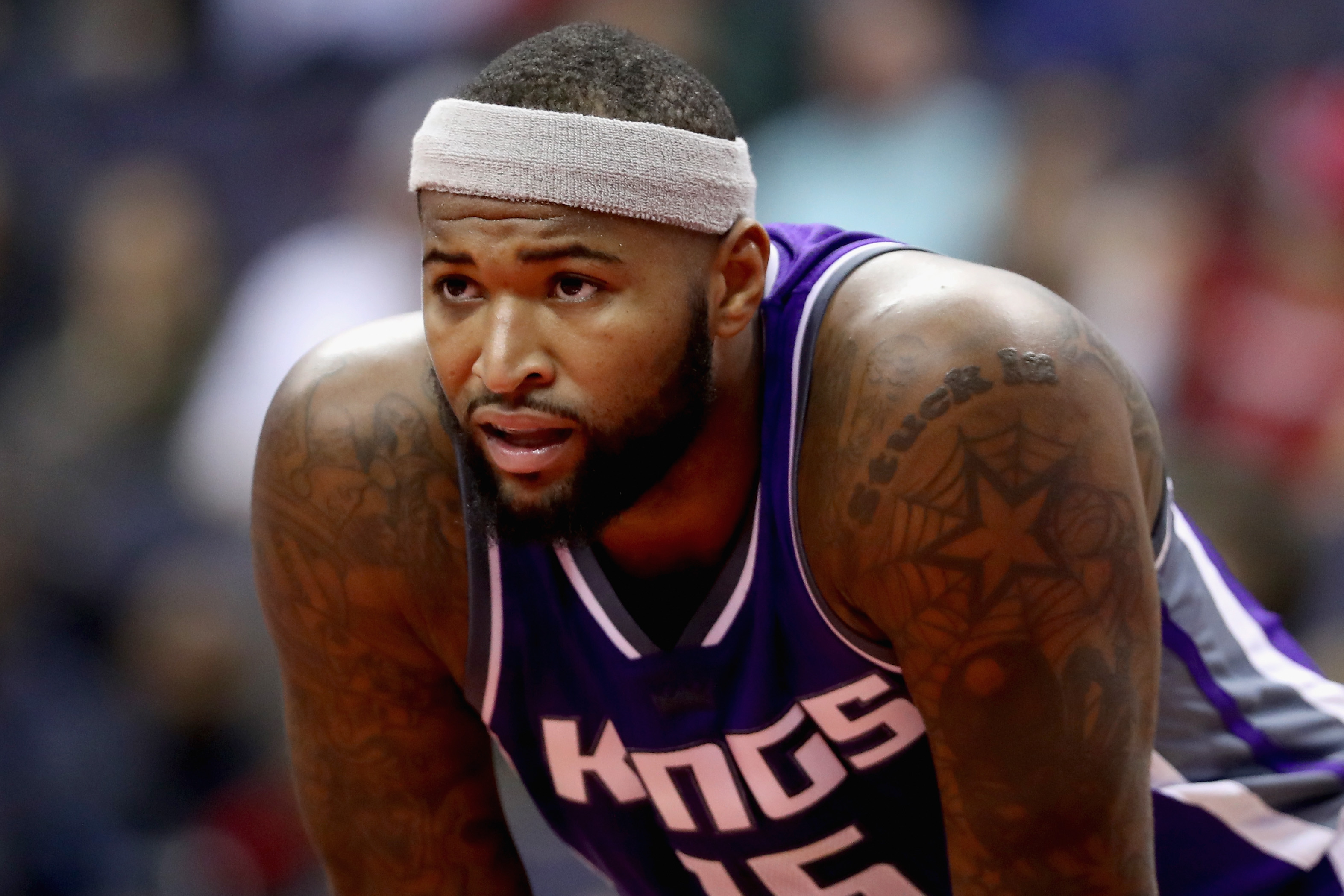 As you are well aware, holiday shopping has begun, and ESPN’s NBA Trade Machine is working overtime.

Though it’s no fun for folks to relocate at this time of the year, some teams have players who might actually appreciate a change of scenery. And so, here are four unlikely, off-the-wall trade ideas that may (or may not) be beneficial to everyone involved.

For Milwaukee, Parker and Giannis Antetokounmpo have not co-existed well, generating a -2.5 Net Rating. During 1477 minutes in 2015-16, Khris Middleton, Giannis, and Jabari Parker actually managed a +0.2 Net Rating, but some Bucks bloggers have begun questioning the Jabari-Giannis pairing (while also noting there is some reason for optimism).

Though that may come as a surprise to some, Monroe’s inability to make an impact has been obvious to all.

Over in Orlando, Vucevic has voiced displeasure when asked to come off the bench, Bismack Biyombo has been an ineffective reserve, and the Aaron Gordon starting small forward experiment was quickly scrapped. If the Magic were really keen on molding a guy who is probably a small-ball 4 into a 3, Parker’s advantages as a shooter and scorer probably give him a greater chance of success than Gordon, especially when a lengthy and versatile supporting cast of Biyombo, Serge Ibaka, Elfrid Payton, and Evan Fournier can help protect Parker on defense.

On offense, Jabari’s ability to put the ball in the basket would be warmly welcomed for a team that needs more cowbell. Monroe is already used to coming off the bench, so he would assume a backup role for the Magic, enjoy the sunny weather and Disney theme parks and presumably opt out of the final year of his deal this coming summer. If you’re low on Parker and high on Gordon, you’re probably wondering why the Magic would do this, but then you just reminded yourself that Orlando dealt Tobias Harris for Brandon Jennings and Ersan Ilyasova (who now play for New York and Philly) just last winter and that their team as currently constructed makes no sense whatsoever.

For the Bucks, Air Gordon might not be an ideal pairing for Giannis either. Nevertheless, this team has a whole lot of big men but no true anchor. Vucevic is certainly not the anchor Milwaukee is looking for defensively, but his ability to space the floor from the center spot makes him an infinitely better fit than Monroe already. The truth is that the Bucks have more centers than they know what to do with, and adding Vucevic and Gordon wouldn’t help in that regard. Still, the upside and talent is undeniable, and Jason Kidd could salivate over the trapping and switching schemes he’d implement on defense. If you think this trade doesn’t make sense for Milwaukee, do realize that the Bucks gave up Brandon Knight for Michael Carter-Williams a couple years back.

While the Suns would be trading a backcourt logjam for a frontcourt one, the hope would be that Tyson Chandler could happily accept a mentor role if there’s no one who will trade for him (and his bloated contract). Phoenix has more ball-handlers than Earl Watson knows what to do with, and I’m eager to witness a show that’s being ran by Eric Bledsoe, Devin Booker, and Tyler Ulis.

For the 76ers, it’s possible that letting the disgruntled Noel leave as a restricted free agent or negotiating a sign-and-trade in the summer is the best option. Knight has not gotten off to a good start this season, and it’s reasonable if the Sixers prefer to wait for the 2017 NBA Draft to address its backcourt any further. Still, if you think Knight is closer to the player we saw toward the end of his tenure in Milwaukee than the one we are witnessing today, he might be worth gambling on. Furthermore, ESPN’s Marc Stein has already reported that Philadelphia will look to appease Noel by trading him before the trade deadline.

Whether you hate him or love him, a combo guard like Knight would probably be the best option to start at the 2 alongside Ben Simmons – with Robert Covington, Ersan Ilyasova, and Joel Embiid filling out the 3, 4, and 5 respectively. Jerryd Bayless is basically a poor man’s Knight, Gerald Henderson has never averaged more than 0.8 treys per game, Sergio Rodriguez is a much smaller and older Spanish version of Simmons, and T.J. McConnell has been afraid to shoot for most of the year. Based on recent play, maybe Nik Stauskas deserves a chance to start, but Bayless probably gets the first crack at starting alongside Simmons if his wrist heals. This Noel-for-Knight swap is rather unlikely, but perhaps slightly more fathomable than past suggestions centered around C.J. McCollum-for-Noel or Jahlil Okafor-for-Knight. You be the judge.

Sacramento is remaining in the mix for a playoff spot early on, but everyone knows things could go south soon. If they do, perhaps the Kings will finally move the Boogie Man. Vlade Divac loves his fellow Euro’s, and he gets two good ones, “Will the Thrill,” and Denver’s 2017 first round pick, which provides the Kings with a chance to rebuild with decent depth and try to reload this summer in a deep draft class. Meanwhile, Denver still has enough talent (both young and old) leftover for Michael Malone to help put themselves in the race for a playoff spot and convince Cousins to stick around long term.

Since the Suns decided to make the same mistake twice and grab more guards than they know what to do with, they decide they’re willing to move Bledsoe since it means they can attach Chandler as a poison pill and add some more young prospects to their core courtesy of the Kings. It’s possible they could flip Gay again before the trade deadline, but if not Rudy would likely sign elsewhere next summer. Koufos is another solid player who could easily be swapped again, though he would be a good guy to keep around to play a reserve role and help the big men develop.

The Wizards are mired in mediocrity, and even that might be putting a positive spin on things. John Wall has been setting up Bradley Beal very well this season, Otto Porter is steadily improving, and Ian Mahinmi has been injured, so we haven’t seen this team at full strength yet. Nevertheless, it’s impossible to ignore the fact that the clock is ticking on Wall’s contract, and that there is a star freshman point guard named Markelle Fultz (and several other studs) who will be up for grabs in the 2017 NBA Draft. It might be time for a reset.

Sacramento sells what’s left of its soul, giving up most of their young players in order to appease Cousins and create a fast-paced, high-flying show that the fans of Northwest California could be proud of. If the Kings had any picks to offer up, they’d certainly be included here. Hopefully you’ve stopped reading by now, as this was admittedly a bad joke of a trade that wouldn’t happen in a million years. Still, it’s fun to imagine Cousins running the floor with his buddies from Kentucky.