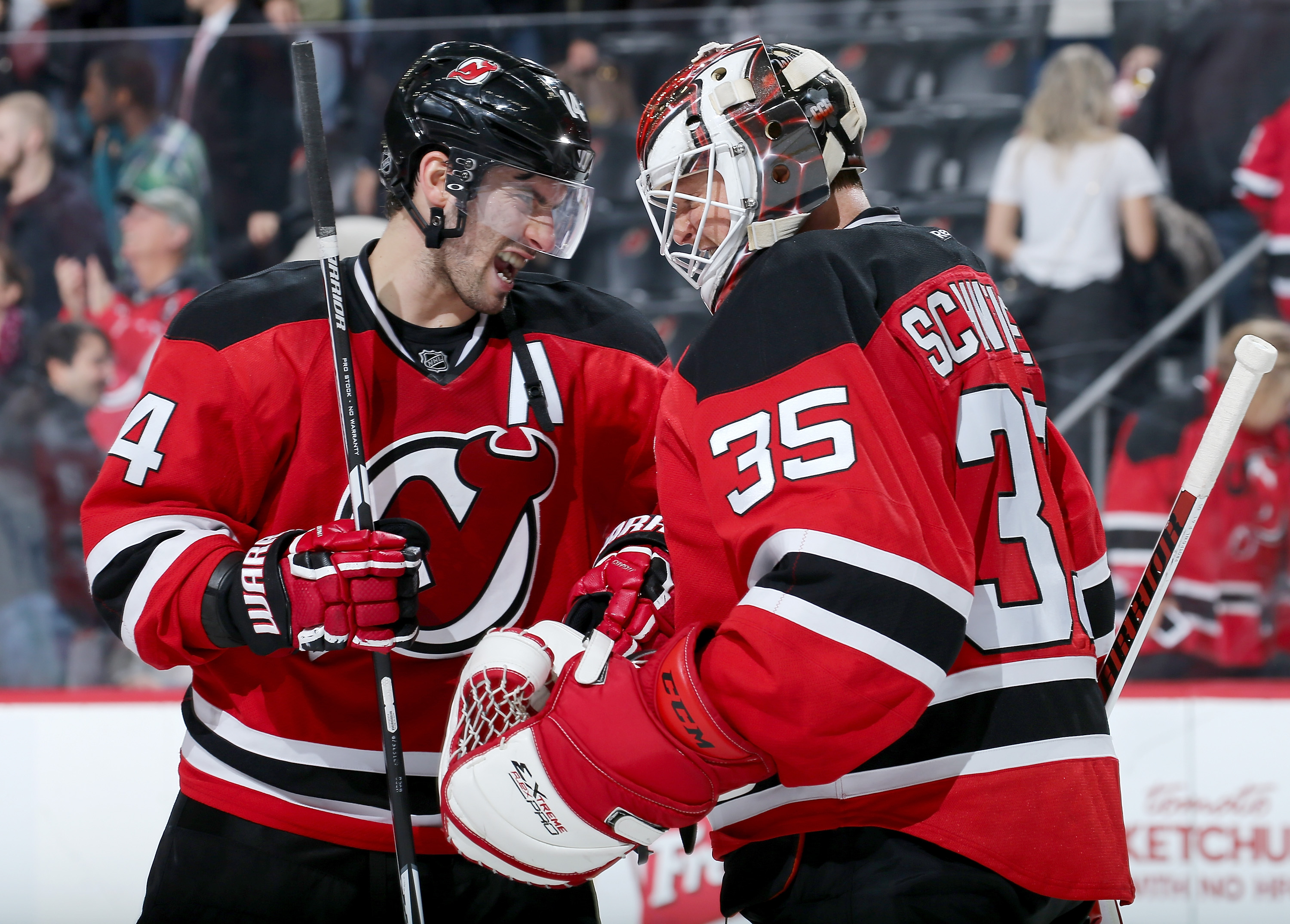 New Jersey took to the ice last night in what turned out to be quite a chippy affair. These two teams don’t play against each other very often but the number of scrums and fights that broke out during the game would make one think otherwise.  The Devils exposed issues in the Canucks’ penalty kill, goaltending, and ability to keep possession of the puck. The Canucks’ defense also suffered once Philip Larsen was removed on a stretcher after a train wreck of a hit by Taylor Hall but given Larsen’s importance to their defense, that was expected. Of course, Hall did the other things he usually does, as he scored a goal, assisted on another and continued to prove to NJ how complete of a player he really is.

I thought this was the best game I’ve seen from Quincy and Moore and hopefully, they are starting to figure out how to play with each other. I applaud Moore for sticking up for his teammate as well since he’s not much of a fighter. I was glad to see the Devils win their first game in regulation in 23 days. Schneider has been the recipient of some criticism over the last few weeks but I think tonight showed that if you give your goalie support, good things will happen. Miles Wood looked good and has earned his spot on the ice. He has things to work on, like his shot, but his speed is giving him and the Devils opportunities.  DSP on the other hand was a guy that made me really happy at the end of last season but so far, this season, I’m not seeing much.

The comeback win in Nashville and the continued success at home should build some confidence as the Devils head north of the border to face a tough Canadiens team tomorrow night.