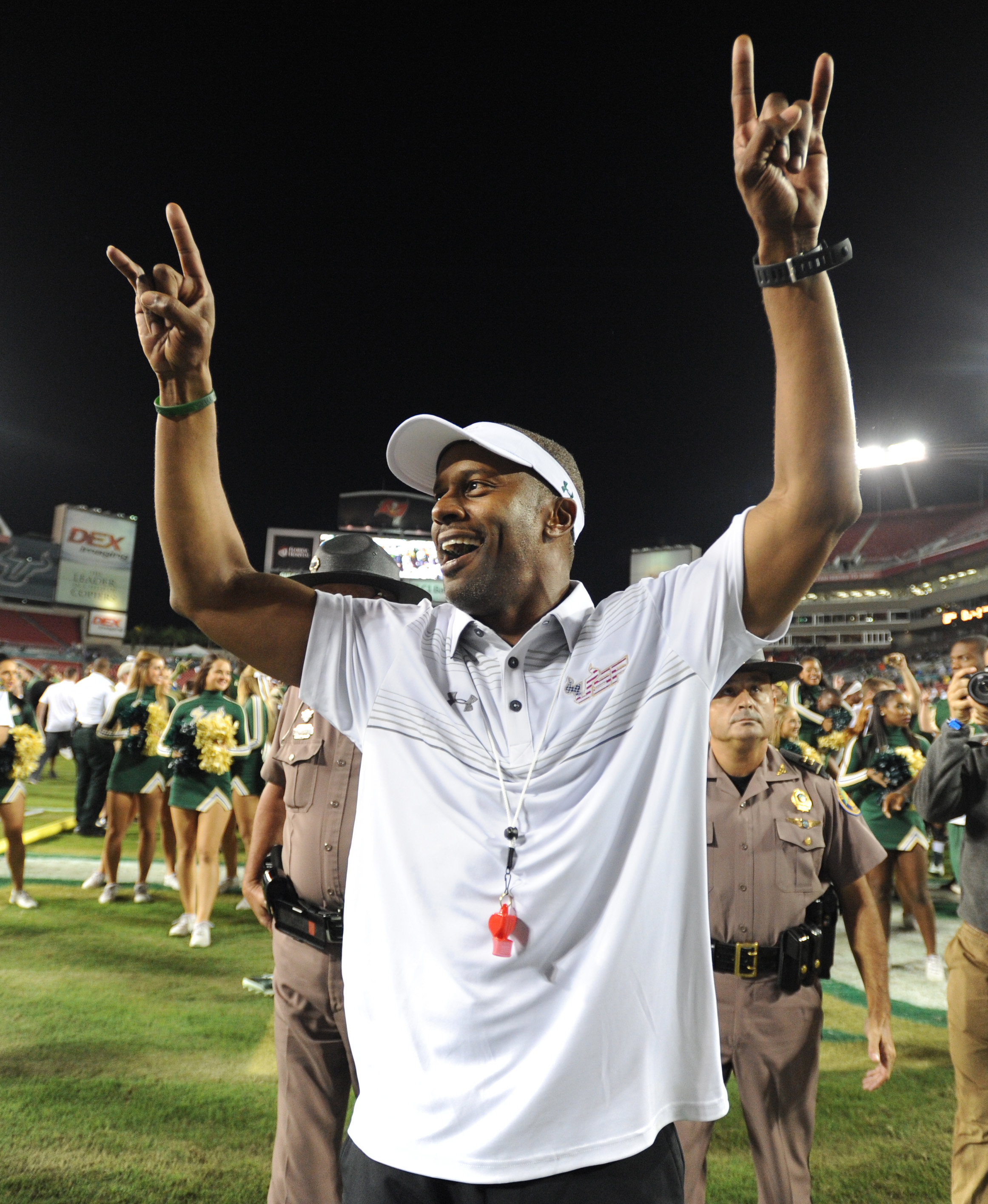 Athletic director Rob Mullens made the official announcement just this morning, confirming a report from ESPN that University of South Florida’s Willie Taggart has been named the new head football coach of the Oregon Ducks.

The search took one week.

A dozen names were floated, from the conventional to the inventive. Duck fans clamored for P.J. Fleck, Tom Herman, or the return of Chip Kelly. Dan Mullens and Jim McElwain were suggested. Rumors of Bryan Harsin or Temple’s Matt Ruhle flooded the internet. The search went from Dallas to New York, then went quiet.

Key members of the Oregon brain trust flew to Maine for the funeral of Chip Kelly’s father. A buzz grew loud that the Ducks were closing in on their man, and many speculated on a bombshell rumor: The Visor was coming home.

Oregon hired a dynamic, visor-wearing, hard-driving coach with an innovative offense and a penchant for discipline and a downhill running game, but it wasn’t the one everyone expected.

Taggart is a good, solid hire in the mold of Dana Altman. He’s smart. He demands discipline. He’s built successful programs at two stops while inheriting teams with losing records.

Taggart has energy and drive. He demands accountability from his players. This season his Gulf Coast offense ranked first in the country in plays over 40 yards, scoring over 40 points a game.

The Bulls defense needed improvement, ranking 126th in the country right along with Brady Hoke’s. Securing a top quality defensive coordinator must be a high priority for the new coach.

As a player Coach Taggart was a Walter Payton finalist and an 1-AA All-American as a dual threat quarterback at Western Kentucky. He got his start in coaching work with Jack and Jim Harbaugh, and as a Stanford assistant he recruited Andrew Luck, molded Toby Gerhart into a Heisman finalist and built the Cardinal running game.

He has said he wants to be the first African-American head coach to win a national championship, and he’s coming to Oregon because he believes he can compile the staff, players and resources to do it.

First order of business will be to hit the recruiting trail, hard and fast. #3 rated athlete Deommodore Lenoir, a recent Duck decommit, says he’s excited to meet him. A couple of December recruiting wins would build momentum for the new season and the new direction.

The Ducks got a top-quality coach with a fierce, commanding presence and a big upside. He has charisma and swagger. It’s time to get excited about Oregon football again.