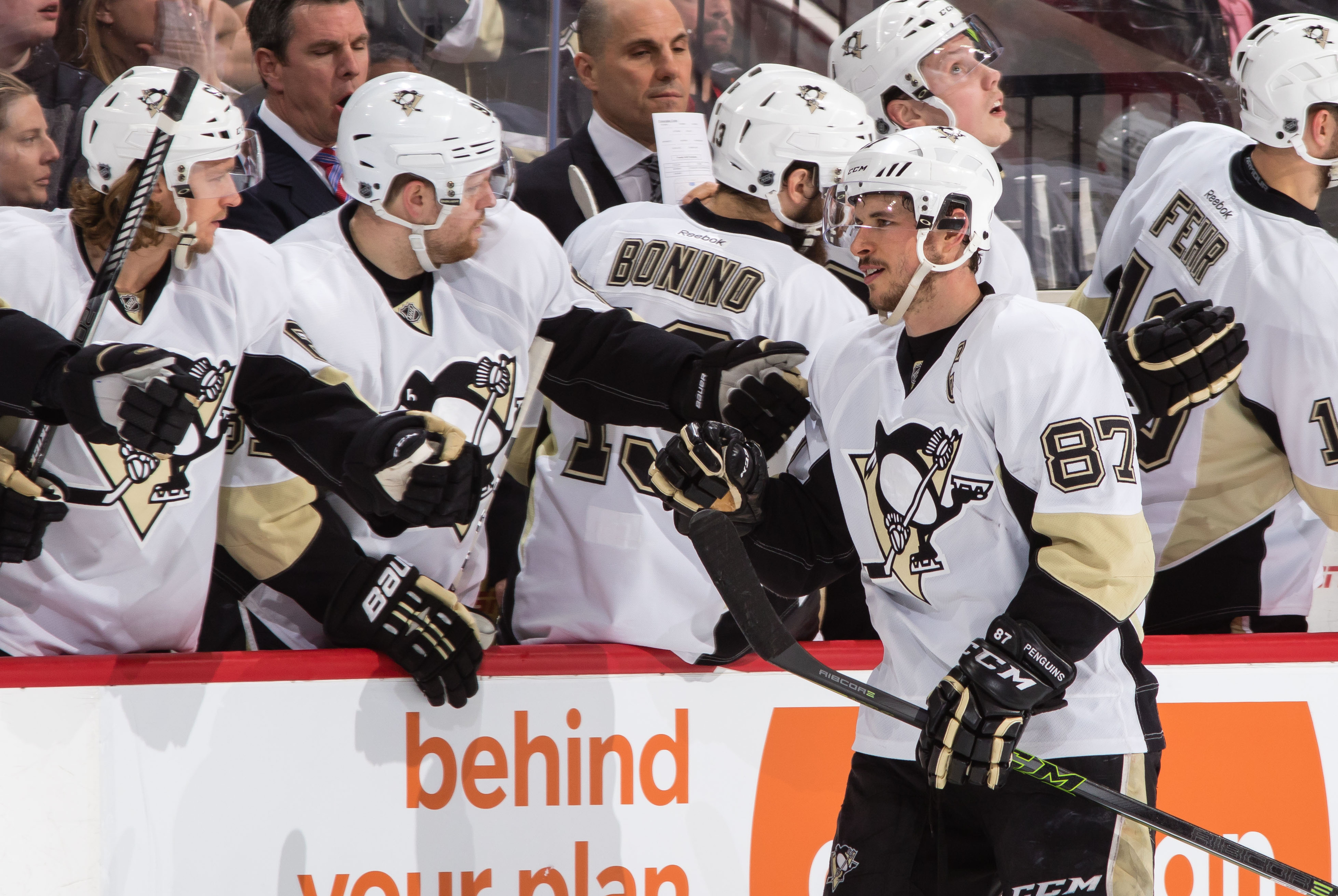 If you had told me a year ago that the Pittsburgh Penguins would consistently come back from deficits of several goals and then go on to actually win games, I would have laughed in your face. The Penguins? The team who visibly gave up every time they fell behind and lost their cool in a matter of seconds? Seriously?

There are a lot of reasons why the current Penguins’ team is worlds away from what they were heading into December last year, not least of all thanks to big trades, rookies stepping up, and a huge head coaching switch. But beyond that, the attitude of the team changed. They became more confident, more resilient, and more level-headed. That new dynamic, of course, led them to a Stanley Cup last June.

Despite a bit of an up-and-down start to the season, the Penguins have again demonstrated how they got to that point. All cylinders are firing, as their definitive 8-5 win over the Ottawa Senators showed.

One unique thing, though, is that the Penguins are more often than not coming from behind to put two points in the win column. It feels like every game in the last few weeks has had the same plot: the Penguins fall behind, tie it up, and then open the floodgates. It’s seriously heartening to see that even when the goalies aren’t having their best nights, the rest of the team is more than capable of compensating.

Take, for example, the Penguins’ last game against the Sens. Marc-Andre Fleury started but was pulled after the Senators’ fourth goal. Then Matt Murray entered the game, and ultimately earned his first win in relief as the players in front of him stepped on the gas.

As every hockey fan has witnessed, the Penguins’ goalie situation is a dream and a nightmare all in one. Fleury and Murray are both top-tier goalies, but they’re on the same team. Mike Sullivan and the coaching staff are running them in an equal tandem, but it’s generally been hard to predict who will get the start in any given game.  That uncertainty is difficult on both players as well as the rest of their team.

At one point, it seemed obvious that the Penguins played better in front of Murray rather than Fleury. Following the last postseason, that makes sense. However, Fleury has been an integral part to this team for years, long before Murray even began making headlines in junior leagues. Recent performances have by and large put this argument to rest, though it’s inevitable that it will be reignited now.

The issue with this debate is that both Murray and Fleury are phenomenal goalies and both are central team players, for a wide variety of reasons. The team would unquestionably not be as good as they are without having both available. However, the Penguins are inconsistent, despite all of their scoring prowess and perennial presence near the top of the league standings.

Again, I fully maintain that they are still far more consistent than they were at this point last season, just about a week before Mike Johnston was replaced by Sullivan behind the bench. It’s not hard to be.

However, it’s often hard to predict which Penguins’ team you’ll see on the ice on a game-to-game basis, or even from period to period. Whoever is in net shouldn’t alter the team identity or strategy enough that this makes a difference, and I don’t think it necessarily does. On the other hand, pulling a goalie in the middle of the game is usually enough of a kick in the pants that the team will start to get it together. The game against the Senators provided further proof of that.

As talented as the goalies are (and as much as Fleury has been trying for years), they can’t score goals at the other end of the ice. Several notable skaters have also been a huge part of the Penguins’ success.

Obviously, captain and league-leading goal scorer Sidney Crosby is an invaluable presence. From playmaking to actually scoring and even dropping the gloves against Ryan McDonagh, Crosby always makes his presence felt. He’s also tied for fourth overall in league scoring with 27 points, flanked in the standings by his teammates Evgeni Malkin (third overall; 28 points) and Phil Kessel (tied for fourth; 27 points).

This three-headed monster is vicious.

Bryan Rust also scored his first career hat trick against the Senators, scoring an even-strength goal, a penalty shot, and an empty-net goal. Rust was one of the younger players who seriously impressed during the second half of the 2015-2016 season, and he’s certainly cemented his place on this team.

Another unlikely suspect is Justin Schultz, who has just tied his career-high point streak. Schultz, acquired last season from the Edmonton Oilers, was a highly touted prospect but failed to make much of an impact with the Oilers. In Pittsburgh, he’s flourished, scoring goals in three of the past four games and picking up points in four straight games. Schultz and his defense partner, Ian Cole, have both torn up the score sheet in the past few games.

The only people you’d be expecting to score less than the third defensive pairing are the goalies. Talk about roster depth.

It’s a testament to the quality of the Eastern Conference that, even after all of this, the Penguins are still not first in the league. The Montreal Canadiens, Columbus Blue Jackets, and New York Rangers are dominating as well, following rocky seasons last year. It’s impossible to look at the overall picture without considering those fearsome organizations.