Ugh Canada! Can Boston challenge the top two teams in the East? 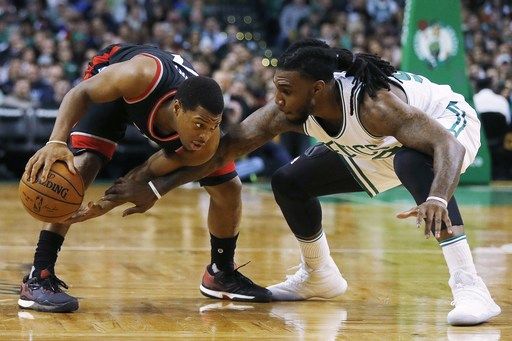 A 101-94 home loss to the Toronto Raptors left diehard fans wondering if the 2016-17 Boston Celtics, as currently composed, will be able to challenge the top two teams in the Eastern Conference?

I know, I know, it’s still early.  I know, Isiah Thomas was out with a groin injury.

But…this was a very winnable game.  In fact, the C’s let this one slip away, and for no reason.

Last year’s team was an upstart – perhaps exceeding expectations while in the midst of the greater mission of rebuilding.  But they were arguably, at times last season, the next best team behind Cleveland and Toronto – two clubs with bona fide superstars and more experienced rosters.

The acquisition of four-time All Star center, Al Horford, gave sanity to Team Green’s faithful finally thinking they could be a legitimate Eastern Conference contender.  Horford plus the 3rd pick in the NBA Draft had us all thinking that the Celtics would continue their upward trajectory this season.

Despite the feelings of optimism, there has been the sense that the Celtics are still a ‘big Danny-move’ away from really being a contender.   There was the ‘college-esque’ recruiting visit by Kevin Durant, and then the constant rumor mill of names being tossed around such as Demarcus Cousins, Anthony Davis, Klay Thompson, Gordon Haywood, etc.  None of whom seem particularly likely at this stage.

One thing that the elite teams in the NBA have in common is multiple players with versatile offensive abilities.  Whether you look at the Warriors, Spurs, Clippers, Rockets, Cavs or Raptors – they all have multiple versatile weaponry in their arsenal.

The Celtics have that in All Star guard Isaiah Thomas, a 5’9” dynamic offensive player, who is best when then the offense breaks down and he can exploit that to score.  Thomas is averaging a career high 26.0 points per game this season.

With Thomas out of the lineup against Toronto last night, Boston traded having an elite one-on-one scorer for a better defensive matchup.  The 6’4 Marcus Smart combined with the All-NBA Defender Bradley, posed the best defensive combo that Demar Derozan and Kyle Lowry would see all season.

But what’s the saying among players?

And DeRozan and Lowry present the challenge of perhaps the best offensive backcourt in the NBA not named Klay and Steph.  DeRozan is having a career defining season, after signing a megalithic $139 million-dollar contract (how about that ‘Iso-Joe’?), scoring 28.2 points per game on 48% shooting.  Lowry is averaging 20.8 points per game while handling the ball distribution duties as well.

The duo combined for 58 of Toronto’s 101 points last night.

What Boston gave up, not having Thomas, was the ability to score when things don’t go perfectly, and that ultimately cost them the game.

In the first half, the Celtics offense generated open shots, and when the C’s do that, they look great.  On their first two possessions, they swung the ball effectively and kicked out for open three pointers.  Horford was the beneficiary of the first two, and even Amir Johnson was so wide open that he knocked one down.  Boston led 11-7 early.

The whole first half was more of the same: ball movement leading to open shots and scrappy team defense snatching turnovers and turning them into transition opportunities.  That is the Celtics at their best.

When the ball is moving, role players can excel by becoming a cog in the machine.  Energy is picked up because everyone feels involved.  This was evident by the bench contributions in the first half.  During one stretch, Jaylen Brown came in and blocked Patrick Patterson on one end, then drilled a pull up jumper off a nifty crossover on the other end.  Boston led 37-31 and Dwayne Casey had to call a timeout.

A short time later, Brown drained a three pointer, and on the following possession, Kelly Olynk head faked and drove to the hoop for a basket and the foul.  Boston led 43-31 with 6 minutes left in the first half and the Garden was rocking.

The second half is when they needed Isaiah.

The key turning point in the game came when Kyle Lowry came off a down screen to swish a deep three and collected the foul for a four-point play.  That cut the Celtic’s lead to 62-56.

From that point on, Boston’s offense became mostly one pass and shot.  ‘Hero ball’ as Doc Rivers used to call it.  And he said that with Paul Pierce, Kevin Garnett, and Ray Allen looking back at him.  This Celtics roster, other than Thomas, cannot get away with ‘hero ball’.

Meanwhile the offensive prowess of DeRozan and Lowry continued to generate points for Toronto.  Boston, on the other hand, was searching for someone to step up and take over.  While they were searching, the shot clock was constantly running down, and everyone then took turns shooting low percentage attempts.

So, NO – the Celtics are not better without Isaiah Thomas, as some on Twitter claimed!

They can still be effective without Isaiah IF, and only IF, they have excellent ball movement.  Isaiah, and his 28 points per game, can literally carry the Celtics on his diminutive frame, during key stretches.  And all the great teams have superstars that can do that.

The Celtics mounted a challenge to the Raptors late, mostly on the back of Al Horford, who hit a couple fourth quarter threes and got to the line.  But Al’s greatness is not going to the one-on-one all game either.  His greatness is in his ability to pass, play defensive, and execute offensive strategy.

So, the question we come back to is:

Can the Celtics challenge the top two teams in the Eastern Conference this year?

They did cut the Raptors lead down to 95-91 with 1:15 remaining.  But the Raptors ended that run on the same type of play they began their second half tear: Lowry drawing a foul on a three-point shot.  This sealed the deal on a 101-94 Celtics home loss.

Fans are impatient.  They want what they had last year plus, not minus.  On paper, the additions of Horford and Brown should make them a better team.

So far, a month and a half into the season, the Celtics are 0-2 against Cleveland and Toronto.  Yes, there have been injuries.

But what the game against Toronto taught us, is that there is a lot of potential still to be realized in these young Celtics.  Enough maturation that needs to occur before they can challenge a Cleveland or a Toronto in a seven-game series for sure, by growth or acquisition.

If Danny Ainge can pull off something historic by 4PM on February 18th, then that could change the ball game.  But until then the Celtics are loaded with assets, both young talented players and draft picks, and fans should realize it’s a process that will take more time. 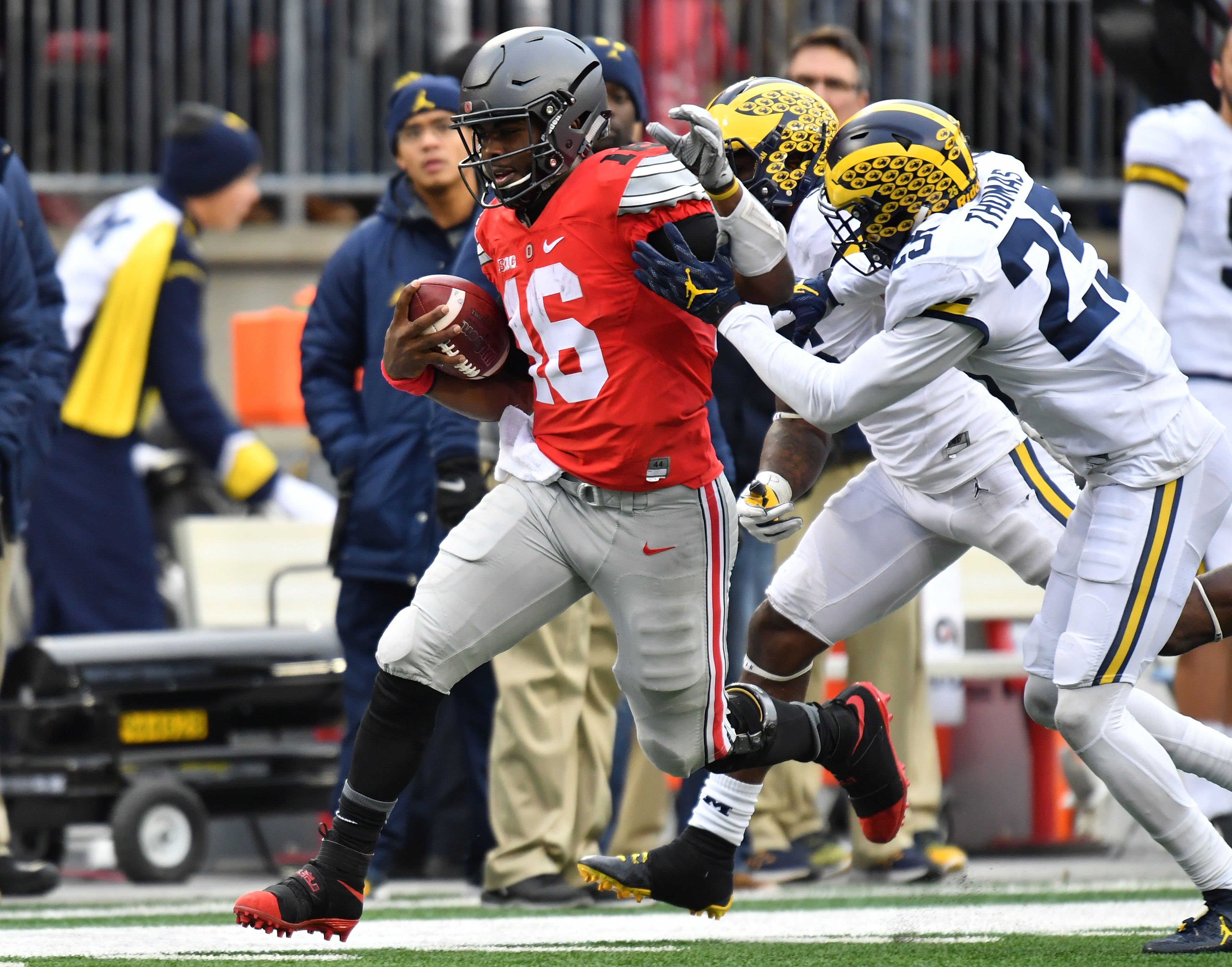 Oregon is not Alabama or Ohio State, and never will be. In fact, Oregon isn’t even Oregon anymore. Mike Bellotti, Phil Knight and Chip Kelly...