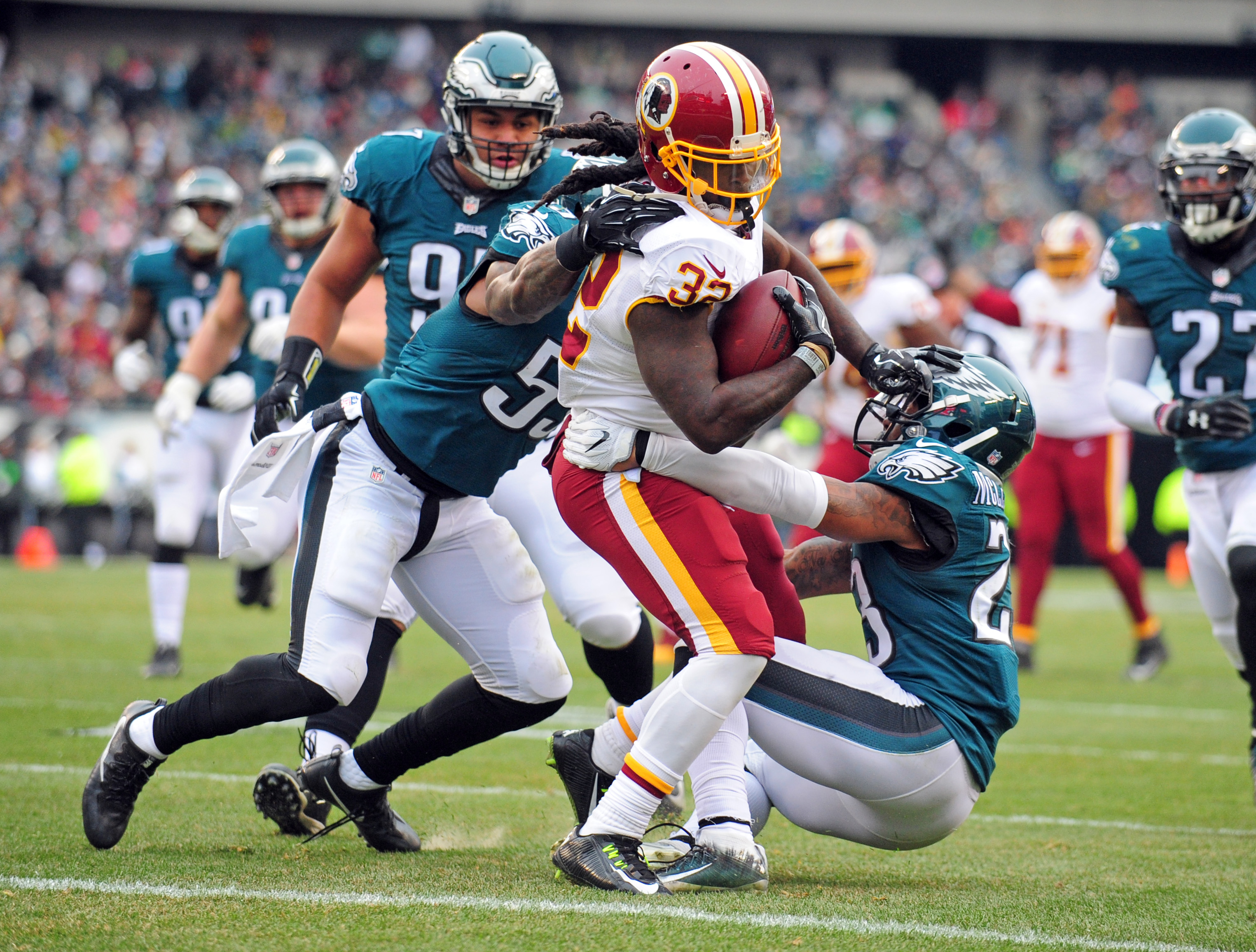 It would be hard to say the Eagles played a bad game given they looked much better than in previous weeks, but it did not matter as the Washington Redskins ran away with the 27-22 victory.

Getting wide receiver Jordan Matthews and running back Ryan Mathews back boosted the Eagles’ confidence on offense early on. The Eagles were able to put together a 10-play, 46-yard drive that resulted in a 45-yard field goal by Caleb Sturgis.

The next drive looked even more promising as the Eagles got a huge break when receiver Nelson Agholor drew a pass interference call, putting the ball deep in Washington territory. The Eagles were in perfect position to score when a forced pass attempt to tight end Zach Ertz landed in the hands of Washington’s Deshazor Everett for an interception.

After Washington failed to capitalize on the turnover with a missed field goal by Dustin Hopkins, the Eagles were once again able to march down the field and get another Sturgis field goal, this time from 36 yards out.

Th Eagles defense got going early in the game, including two huge third down stops by cornerback Leodis McKelvin and safety Rodney McCleod. Defensive tackle Fletcher Cox also recorded an early sack, his first of two on the day.

Much like in their last match-up, running back Robert Kelley found his groove early, putting the Redskins on the board with a tough 22-yard touchdown run.

The Eagles were able to answer with yet another impressive offensive showing. The 12-play, 77-yard drive was capped off by a four-yard touchdown pass from Wentz to running back Darren Sproles.

The second half saw former Eagle DeSean Jackson make his presence felt with an 80-yard touchdown reception to put Washington back on top in the third quarter.

Injuries also proved to be vital in the second half. Running back Wendell Smallwood left the game with a knee injury, and long-snapper Jon Dorenbos went down with a wrist injury. The latter proved to be especially crushing as a 50-yard field goal attempt was a no-go when tight end and back up long-snapper Brent Celek snapped low, forcing holder Donnie Jones to pick up the ball and suffer the tackle for a loss.

With the short field, Washington was able to march down the field and add to their lead with a 15-yard touchdown pass to receiver Pierre Garçon.

The Eagles would be brought back into the game early in the fourth quarter at the hands of their defense. McKelvin picked off quarterback Kirk Cousins and returned it 29 yards for the score.

The Eagles regained the lead midway through the fourth quarter with a 41-yard field goal by Sturgis. Tight end Trey Burton handled the snapping duties after Celek left the game with a stinger.

The flip-flop continued late in the game when running back Chris Thompson rushed for a 25-yard touchdown to put Washington back on top.

Wentz and the offense attempted the late comeback victory with just over a minute left in the game, but a Wentz fumble in the redzone stalled the Eagles’ hopes of securing the win.

Next week, the Eagles will head to Baltimore to take on the Ravens. Kickoff is scheduled for 1 p.m.