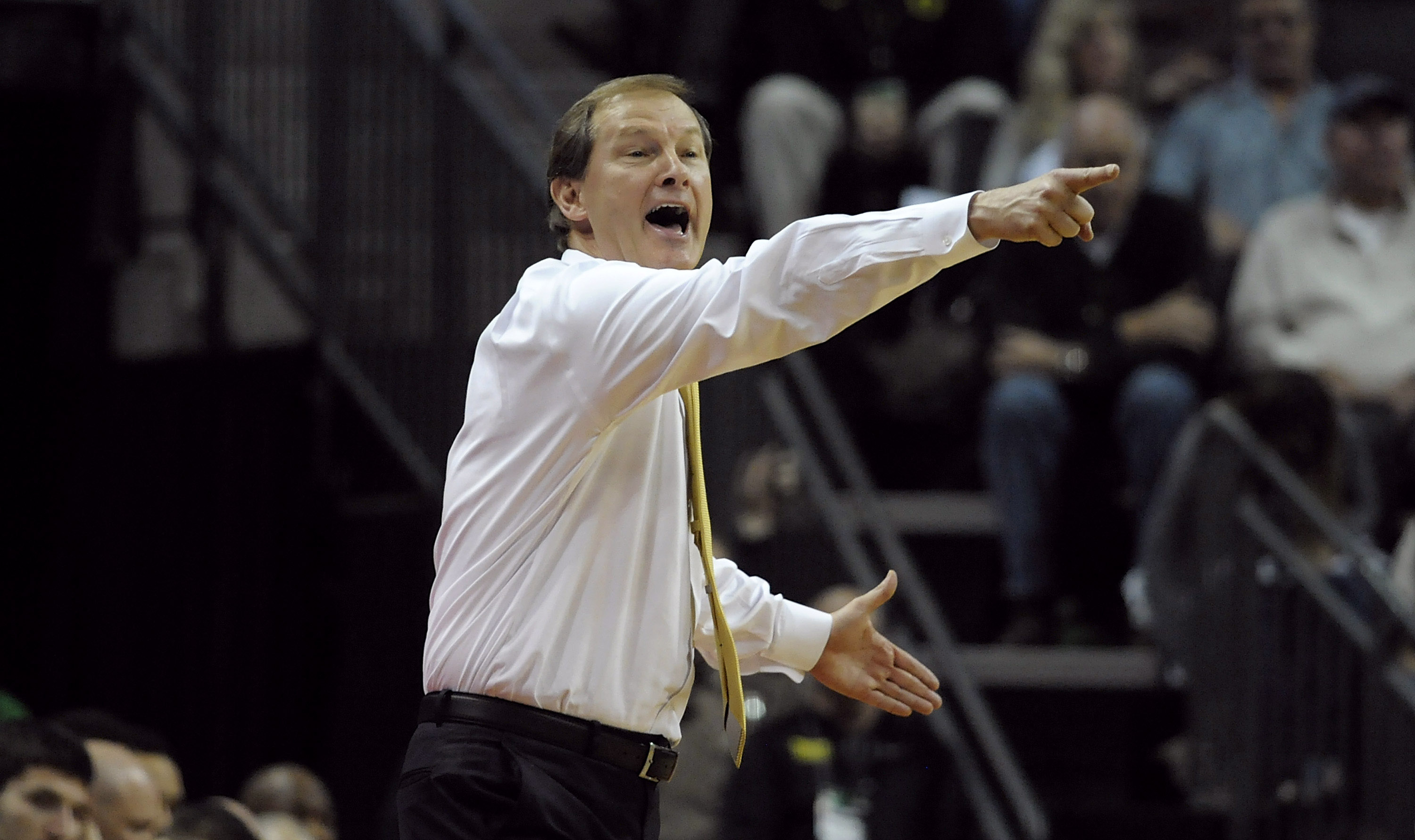 Dana Altman continues to direct traffic for a promising team that hasn’t learned how to avoid the occasional icy pileup. (Photo by Steve Dykes/Getty Images)

Thank goodness for Chris Boucher and Dylan Ennis. The former finished with a double-double, 23 points and a career high, 19 rebounds. The latter; 22 points, 3 assists. Boucher also had 5 blocks and two steals.

Ahmaad Rorie, a transfer from the Ducks two years ago, put the Grizzlies in front, 12-10 with just under 12 minutes to play in the first half. That score does a very good job of illustrating the basketball being played in front of 6,000 or so fans who at least were able to get out of the cold, inside MKA. In keeping with the temperature both teams had shooting percentages in the 30’s and the Ducks had the holiday spirit, giving the ball away 10 times in the first half.  The Ducks got hot, relatively speaking, and a 28-22 run in the final 9 minutes, gave them a 38-34 lead.

A close in floater by Dillon Brooks put the Ducks ahead, 48-45 to close out the opening five minutes of the second half. A minute and a half later, Ennis drilled a 3, and the Ducks were up 10. But the Grizzlies would not fold, and with 11:10 to play, Oregon led by only 4 points, 59-55. A Jordan Bell layup got it to 61 for the Ducks, with 4:26 in the game, the Ducks reached their largest lead so far, going up, 72-61 on an Ennis 3, and playing sound basketball the rest of the way, stretching the lead out to the final 14 point margin.

The second half saw a much better effort by the Ducks; 3 turnovers and a final field goal percentage of 51.7, 30-58. Defensively, the Ducks kept the Grizzlies below 70, which they have now done for the last 10 games in a row. Montana finished, 39.1, 27-69. Along with Boucher and Ennis, Payton Pritchard continued his solid play, finishing in double figures with 12 points, 4 assists and only 1 turnover.

With the exception of Boucher, Ennis and Pritchard, none of the other Ducks had anything close to a good game. Brooks is still struggling to find out where he fits exactly with the other players. Most of his offense is coming on isolation plays, rather than through ball and player movement. Dorsey and Bell had moments, but neither had a strong impact on the game.