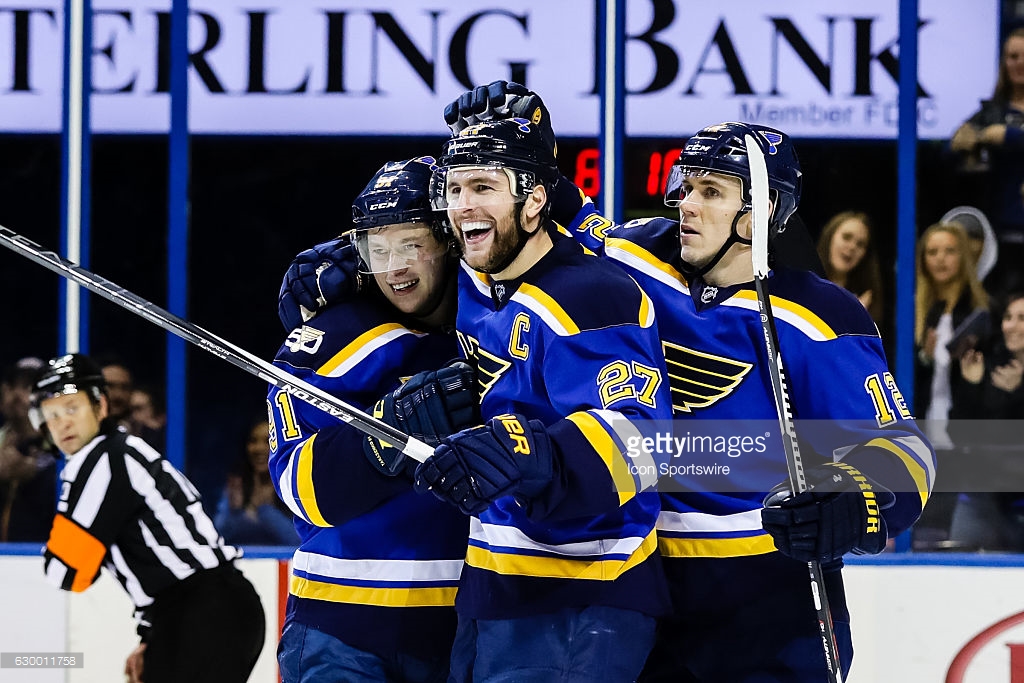 After the first fifteen minutes of the game last night, the Devils were giving me hope. I thought for the first time since the Vancouver game that this team resembled a little something of the team we were excited about earlier in the season. They had some offense going, controlled the puck, where making passes and the defense looked to be doing well in their own zone. Sure, the late PP goal by Tarasenko gave the Blues a little momentum but if the Devils could keep playing this way for the final 40, there was no reason to think the Devils couldn’t be one of a few teams to make it out of St. Louis with a point or two.

Then the second period happened and all those good feelings were gone. We watched a botched line change lead to the tying goal and then a 4-on-4 situation lead to a wide-open tap in that you usually only see in my son’s squirt games. The Blues took the lead and never looked back. The Devils lost the lead and once again showed us that when playing down a goal, the task is just too much.

In the 3rd, the Blues scored on what can only be called a mishap as the puck fluttered in the air ad Schneider completely missed catching it with his glove, giving the Blues a 4-2 lead. I felt the Devils had very little effort once the Blues went up 3-2 but when this strange fluttering puck found the back of the net, the effort went straight to zero. The Devils have now lost 4 straight and been outscored 19-5 in those 4 games. It doesn’t get much easier with a trip to Ottawa and back to Manhattan this weekend.

There was a lot of talk about Gazdic over the last 2 days. Even the broadcasters were commenting on what he was going to bring and pumping up a possible fight between Gazdic and Reeves but nothing ever came of it. In fact, nothing ever really came of Gazdic’s 7 shifts and 3:49 of ice time. Not really sure on that move now.

Jon Merrill is garbage. He struggles at moving and controlling the puck and makes piss poor decisions on defense. His biggest play on the ice last night was screening Cory Schneider and allowing the Blues to tie the game at 2. If you’re the opposition and you see the puck on his stick, you have to know that with just a little bit of pressure the puck will soon be yours. Not sure why he’s still here.

Schneider is slumping. It happens but he’s also not getting a lot of help in front of him. The Devils defense is dogshit right now and unfortunately it’s usually the goalie that suffers from that. Might be worth doing what the Rangers did to Lundqvist and give Schneider a few games off.

How did the Blues change the game from the 1st to the 2nd? Easy, they weren’t pressuring the D enough in the 1st. When they applied heavy pressure on the Devils defense, they couldn’t clear the zone and got stuck out on the ice. Clearly the Devils miss Larsson and Schlemko’s ability to clear the puck from last season.

Are we ready to admit that maybe we didn’t win the Hall for Larsson trade?

Miles Wood is earning his time out there and really one of the only positives throughout the month of December.

I am starting to wonder If Hynes might be on the hot seat very soon if not already.

The Devils have a tough weekend ahead of them but beyond that, they have a heavy Metropolitan  opponent schedule to finish out 2016 which, if not successful could really cause a lot of damage.