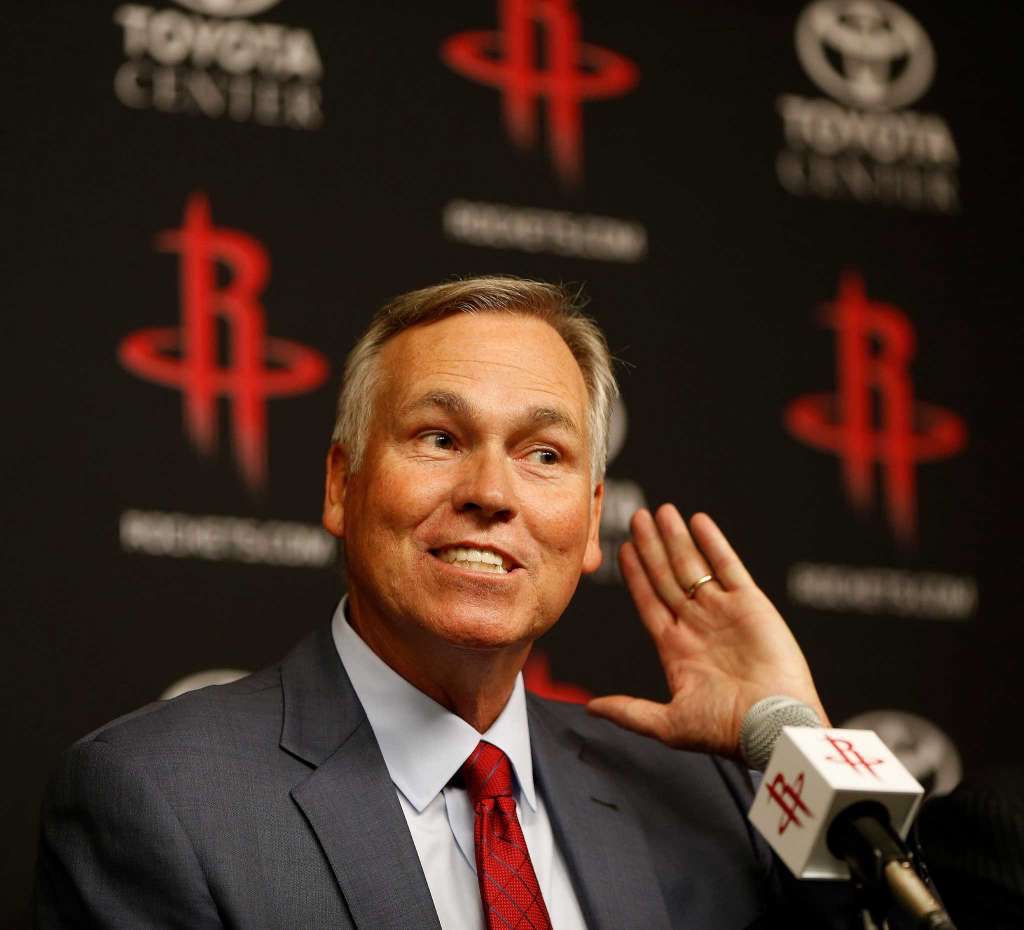 ﻿Mike D’Antoni is the third best men’s professional basketball coach in the world. The Houston Rockets are fortunate enough to have him leading the charge against non-believers and infidels. His main tool of destruction is James Harden, a guard unlike any other and infinitely more dangerous than most.Harden drives like Magic and Jordan and shoots like Miller. He can pass, too, which is one reason why D’Antoni wants the ball on his hands. Harden distributes to prime scorers Anderson and Gordon and helps Ariza find his groove. Capela and Harrell and Nene bang inside just for kicks. The results have been staggering.

The Rockets have been road gods like Bobby Bowden’s Florida State home wreckers. D’Antoni, after being mistreated by the idiots who run the Lakers and disparaged by the hanger on Magic Johnson who never knows when to shut up, is coaching the way he was born to coach. His Rockets shoot the three in mass quantities like Paul Westhead’s great Loyola Marymount teams and hope to exceed Westhead’s achievements.

Magic got Westhead fired from the Lakers and has never liked coaches who love the three. He’s living in 1985 and fails to realize or embrace how the game has changed. He has a great business mind and can sell but he knows nothing about how to build a winning team in today’s game.

The three opens up the inside and wings and if Magic was smarter he’d remember how ferociously good Hank Gathers was inside under Westhead at LMU. Who knows where his mind is and smart Lakers’ fans wish he’d stay away. He got his wish with Byron Scott and those Lakers lost a lot and couldn’t move the ball to save their lives. Now of course Luke Walton is the coach and has a big contract and sometimes his guys shoot the three but they still lose a lot and they’re still boring and D’Antoni is lucky to be with ownership and management smart enough to appreciate him.

Mike Conley is back after another non-trivial injury. His injury last season helped destroy the Grizzlies’ season and cost their coach his job. Big contracts to players who have been around a while rarely work out. For the Grizzlies’ sake Conley needs to stay on the floor. If management and ownership had been smarter they wouldn’t have given him the big deal that fell into his lap like Benjamins from heaven. If management was smarter, it would be working for a better owner.

Great owners are hard to come by. Just look at the clowns who destroyed the 76ers to see an example of fools with money not knowing how to run or build a team. Jerry Buss is one of the two greatest North America professional sports franchise owners over the past 40 years. His children who have run the Lakers since his death are pathetic rich kids who bicker with each other and who disgrace the family name on a daily basis. Master of psychological warfare Phil Jackson is in love with one of these franchise destroyers and fan abusers showing that even the greatest of men have weaknesses.

His academic background is in business and math. He has done numerous work tasks besides writing. My interests include exercise, sports, music, and politics.