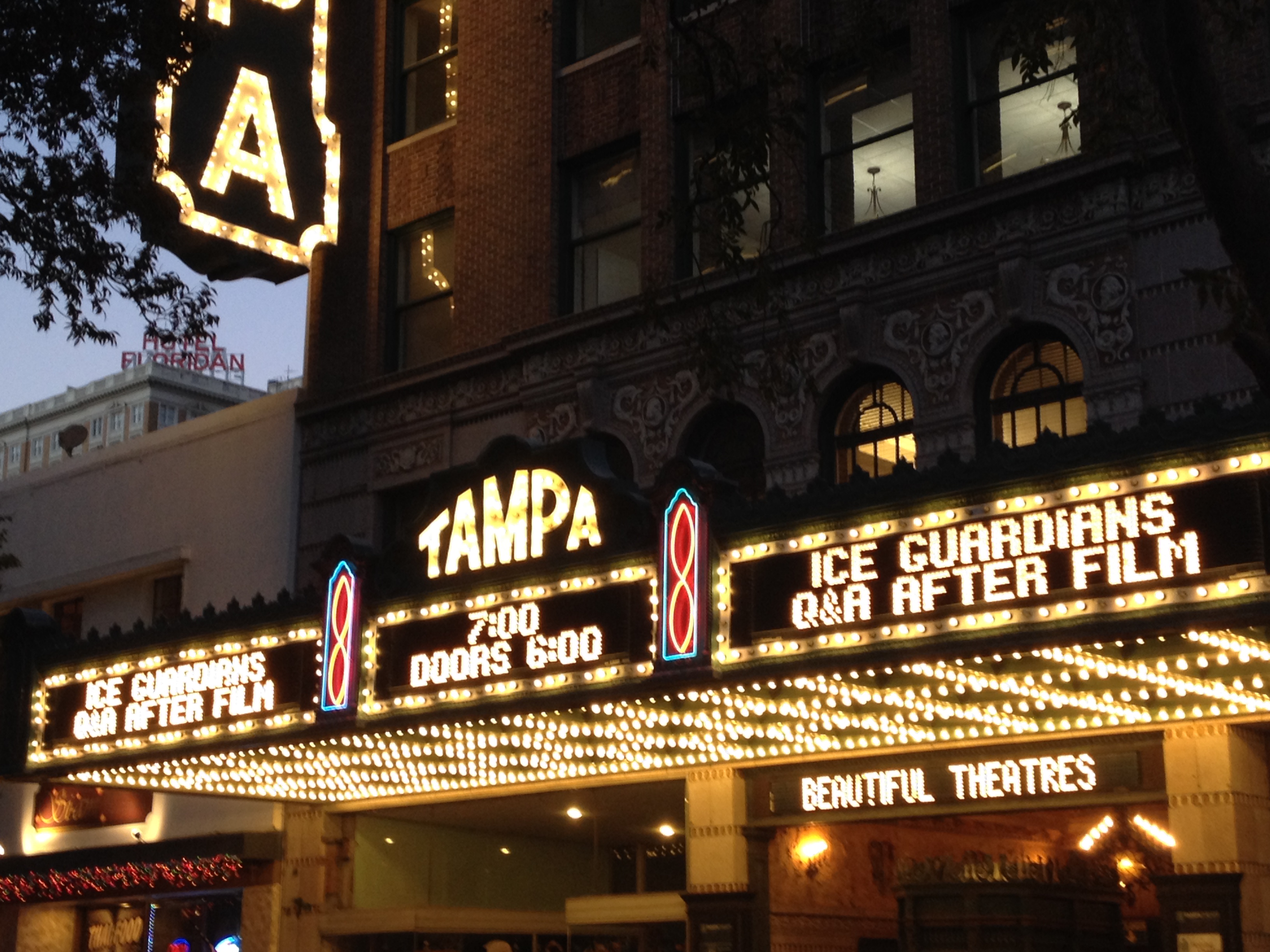 Hockey is a violent sport. Guys fly around the ice at breakneck speeds and frequently collide with each other. The pace is increasingly fast and tempers often flare. When things get too heated, gloves are thrown to the ice and players square off. It’s been a part of the game forever. Few things elicit the escalating roar of 20,000 people realizing a fight has broken out. It often lasts less than a minute before the combatants separate and head to the box to serve their punishment. These aren’t unfamiliar sights to hockey fans. Ice Guardians is a new documentary by Brett Harvey offering a glimpse at previously unseen aspects of the role of the enforcer and some of the men who did this difficult job. The film premiered at the historic Tampa Theatre on Monday night and it was an incredible experience.

Fighting is one of the most polarizing subjects in hockey today and the film doesn’t shy away from that. Fans on the streets are asked what they think of it in the opening minutes and a variety of answers come back. Some said there wasn’t enough. An older gentleman said it’s always been part of the game. One woman said she didn’t see the point of it. Like it or not violence is a part of the sport. Seriously. The first recorded indoor hockey game in 1875 broke into a fight when it was over.

Ice Guardians doesn’t attempt to sway viewers opinions one way or another. There’s no narration. The story is told by the men who did the job. One of the questions that seemed to come up time and time again was “Would you do whatever you could to achieve a life long dream?”.  For guys like Brian McGrattan, Kevin Westgarth, Scott Parker, George Parros, Zenon Konopka and more, the answer is a resounding YES.

They wanted to play in the NHL from the time they were young kids. As they grew older and continued playing they saw their innate skill wasn’t necessarily enough to make that dream come true. They turned to fighting to show their coaches and team brass what they were willing to do to get to the NHL. The film shows the humanity behind the fisticuffs and the psychological impact of knowing you literally must fight to keep your job. No matter how beat up or hurt they were, they had to answer the bell.

Chris Dingman, a Stanley Cup Champion with Colorado and Tampa Bay during his playing career, hopes the movie offers a look at the men behind the penalty minutes.

ST. LOUIS – FEBRUARY 19: Reed Low #34 of the St. Louis Blues throws a few punches at Chris Dingman #11 of the Tampa Bay Lightning on February 19, 2004 at the Savvis Center in St. Louis, Missouri. The Blues defeated the Lightning 4-3 in overtime. (Photo by Elsa/Getty Images)

“I hope people take away some insight into the role of the enforcer, guys that played physical and had to fight. People that have met me have said “Wow, you’re actually a pretty easy going guy, pretty laid back and kind of funny”, “Dingman said. “Just because you have to do a job that job doesn’t define you. It’s not who you are off the ice. It’s something you do. Sometimes you like doing it and sometimes you don’t. Guys have families and kids and they’re just normal people. We’re guys that like to have fun, compete and work hard.”

One of the interesting points made in the film is that star players are being injured at much higher rates in the NHL today because the opposition can get away with it.

“You can really hurt someone with the change in the rules. You can’t obstruct anymore. You can’t hook and hold. It started after the lockout after we won the Stanley Cup in ’04. Guys are skating 30 miles an hour and will run you over. What’s the deterrent?” Dingman said. “If you’re making a couple million a year, a two game suspension and a $5,000 fine is nothing. The guy you hit might be out for two weeks, two months, or a year. When I started out the deterrent was Stu Grimson was waiting for you or Bob Probert. ”

When enforcers drop the gloves it’s easy to view them as monsters or “goons”. That may be the case with people who act violently in everyday life but in a team’s locker room there is value in self sacrifice and putting the team before the individual. Those values are inherent to the culture of the game and one of the reasons enforcers were so respected by their teammates. Brett Hull appeared in the film and said he didn’t think he would have had the career he had without his teammates protecting him. Dave Semenko and Marty McSorely’s presence ensured Wayne Gretzky wasn’t taken advantage of. These guys put their physical well being at risk because of their loyalty and love for their teammates.

At the end of the movie the players are asked if they would approach their playing days the same way if they could do them again. Not one said they’d change a thing. One of the most poignant moments was Kelly Chase being asked, “If you could do it all over again would you?”. He was silent for a moment and his eyes welled up before answering, “With a little more fire”.

After the credits ran attendees were treated to a question and answer session with Bobby “The Chief” Taylor, Phil Esposito, Chris Dingman, Zenon Konopka and Todd Fedoruk.  Esposito pointed out that enforcers didn’t make it because they had fists. They made it because they had talent. That’s quite the endorsement from a Hall of Famer and living hockey legend.

The former Lightning enforcers were asked if they’d ever taken on each other. Here’s what followed:

Ice Guardians is a tremendous experience for fans of hockey and sports in general. The days of the remaining enforcers may be numbered in professional hockey but these men put it all on the line to achieve their dreams. They have an undeniable place in hockey history and this movie gives them a chance to tell their story in their own words. Don’t miss this documentary.