Jerry on Randy Gregory: We Want Him, We Need Him 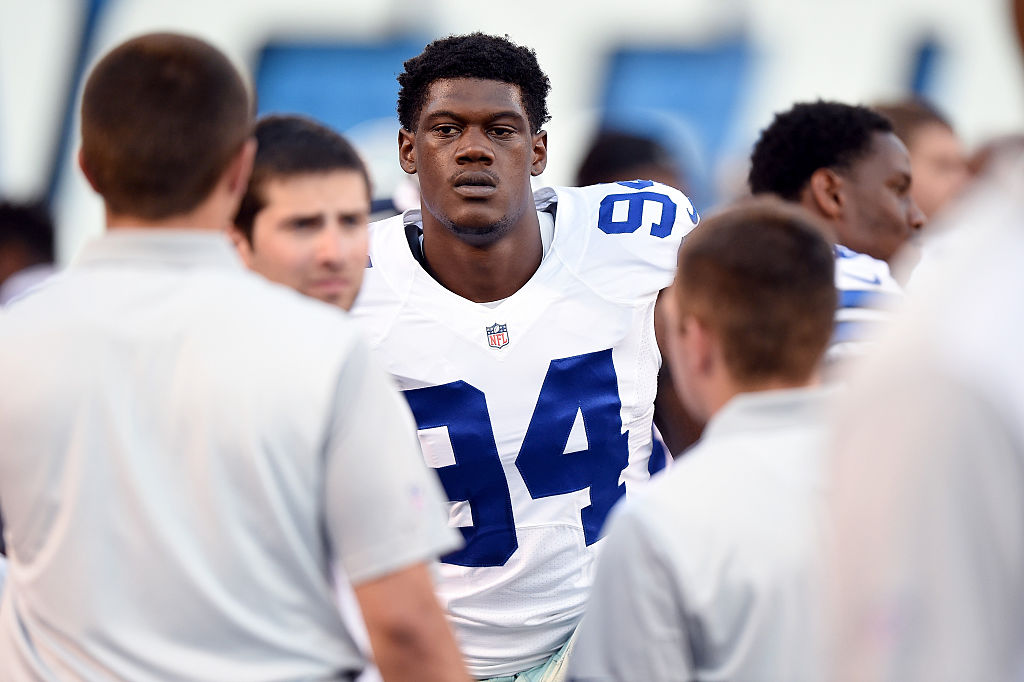 Jerry on Randy Gregory: We Want Him, We Need Him

Randy Gregory has been suspended most of the year, but according to Jerry Jones’ interview with 103.5 The Fan he will be available the next two weeks.

Jerry said, “We want him, we need him” when asked about Gregory’s status on the team.

There’s no secret the Dallas Cowboys are still searching for some sacks and more pressure, and getting Gregory back may help.

Gregory is expected to miss the entire 2017 season, but he is available for the Cowboys use for the remainder of this season, so look for them to get the most they can before his banishment. It could be the last time they get anything from him if we are being realistic.

Gregory’s off field drug use issues were well documented coming into the draft and the Cowboys thought they could offer him a stable environment, it has failed miserably to this point. DeMarcus Ware was released after the 2013 season, and the Cowboys have been throwing substantial draft picks at the position with little to show for it.

The Cowboys used draft picks to move up to get Demarcus Lawrence in the 2nd round in 2014 and he has battled injuries and a suspension offering little help over his 3yrs with the team. Then in 2015 you had Gregory drafted in the 2nd round and he has not played much at all due to multiple failed drug tests and the subsequent suspensions by the league.