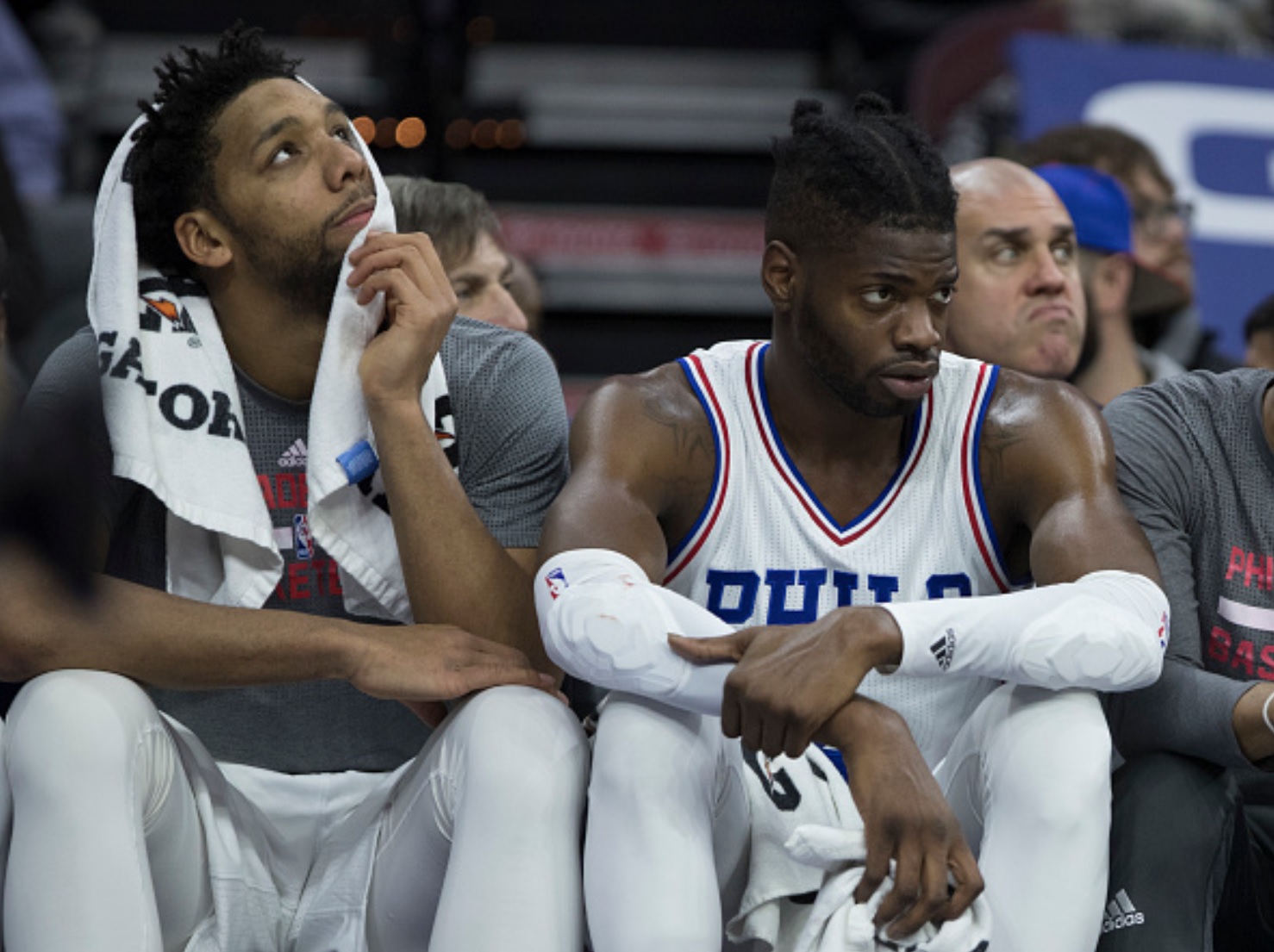 Although fans were excited for Act 2 of Joel Embiid versus Anthony Davis, the main event did not quite live up to the hype. Anthony Davis put up big numbers of 31 points and 16 rebounds, but shot just 12-30 from the field, starting out 1-8 as the Pelicans dug themselves a big hole early. Meanwhile, Joel Embiid struggled with both foul trouble and his shot, shooting 4-12 from the field and 0-3 from three for just 11 points and 6 rebounds in 25 minutes.

The pivotal point of the game was the second quarter, where the Pelicans took the Sixers out back for a whupping to the tune of 42 points, turning what was a 8-point Sixers advantage into a 13-point halftime lead. New Orleans did a good bulk of the damage with Davis on the bench, as former Sixer Tim Frazier provided a spark, scoring all 10 of his points in the frame.

Terrence Jones (17 points, 10 rebounds) also gave the Sixers trouble on the glass, as he, Davis, and Omer Asik combined for 13 offensive rebounds. New Orleans ended up out-rebounding the Sixers 56-43, who if they’re going to stubbornly start two big men, should at least hold their own in that department.

The Sixers would get as close as 95-88 with over 5 minutes left in the game, but then went over 4 minutes without scoring a point, not conducive to completing the comeback effort. While Davis found his footing as the game went along, Embiid went scoreless in the second half. Round 2 of the Battle of the Titans was a clear victory for the Brow.

In the bigger picture, Tuesday night saw the Sixers big man saga take an interesting turn. After Joel Embiid picked up his 4th foul early in the third quarter, Nerlens Noel, who Brett Brown had said wouldn’t be in the rotation unless foul trouble or some other situation arose, checked in to a standing ovation midway through the frame.

Nerlens Noel gets a very warm welcome as he checks into the game for the first time. #SixersTalk pic.twitter.com/Wtg7B2WlwA

Noel (4 points, 3 rebounds) played well enough in 7 minutes of action, recording both of his buckets on putbacks following offensive rebounds. It was fascinating to see how sympathetic a figure Noel has become with the fanbase. Usually, people in Philadelphia turn on players who gripe about playing time and take what’s perceive as the me-first attitude over the good of the team. But I think it speaks to how badly Sixers management has bungled the situation that the fans were clearly on Noel’s side.

Even more interestingly, it would appear that the Sixers’ franchise player has picked a side in the Noel vs. Okafor debate.

Embiid on Noel's ovation: "I loved it. He’s my best friend on the team and I was really happy for him."

Embiid went on to say that he thinks Noel should play more and would like to see the two of them on the court together. To be fair, Embiid has also been clear in the past that he’s friends with Okafor as well, but maybe that’s changed now that the two have shared the floor, when Joel has been visibly frustrated at times.

Joel Embiid drew a foul and hit the deck. Jahlil Okafor helped up Embiid and made a joke and Embiid responded: "Jah, shut the f-ck up boy."

People have assumed that Noel being the first to go from the Sixers big man logjam was a foregone conclusion, but an endorsement from the team’s best player might be enough to turn the tide.

In all of this, I’m beginning to feel slightly bad for Okafor, who actually didn’t play terribly against the Pelicans (11 points, 7 rebounds, and 2 blocks). He was instrumental in the early 4th quarter run to get the Sixers back in the game, and although his defensive rotations were a mess as always, he worked hard on the glass and showed a decent amount strong moves to the rack.

Like everyone else, Okafor deserves to be in a place where he can be utilized most effectively, which isn’t in Philadelphia alongside other centers. We’ll see how things continue to shake out in what’s become the NBA’s biggest soap opera.