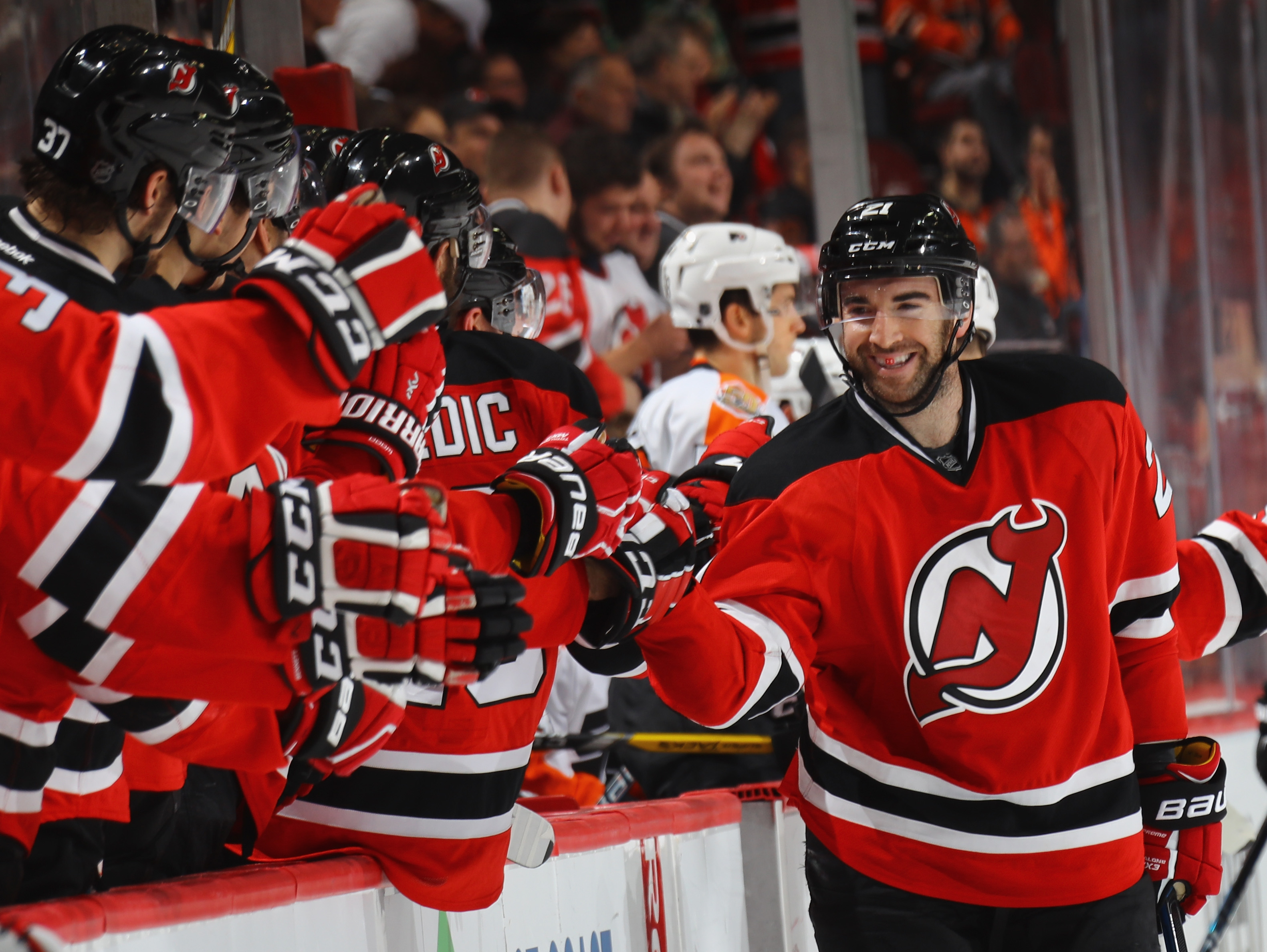 Let’s be honest, when we saw that the Flyers were on the schedule during what has been the Devils worst losing streak of the season, we were all a little worried weren’t we? I mean these are the Flyers, a team we watched put 10 straight wins together over the last couple of weeks while climbing up the eastern conference standings. And the Devils? Well, they’ve been doing the exact opposite. Surely this isn’t the team you want to face when you just can’t seem to buy a win.

But here’s the funny thing, the Flyers are exactly what the Devils needed. The physical play and extracurricular made the Devils bond together and that resulted in something we haven’t seen in a while. Combined with what I can only imagine was said to them by their GM the other day, this was a Devils team that was actually enjoyable to watch.

Quickly from the start, I think we realized this wasn’t going to be the same team we watched put together a nightmare of a performance against Nashville on Tuesday. The Devils came out with intensity and fire and when you play like that, good things are bound to happen.

I’ve been talking to my buds for weeks about the need to get Helgelson up from Albany. They finally brought him back up and look what he managed to do. Sure he played a safe game but the kid adds grit and toughness. While he’s not a better choice than Aaviutu (who should be called back up), he is a better choice than say, Merrill or Moore. I’d actually dress Helgeson and sit Merrill, not Quincey. There are some people out there that don’t want Helgelson in the lineup every night but not me, I want him there.

One would have to think that Schneider is starting to come out of his slump. While he didn’t face a lot of rubber last night, he did manage to stop everything that did get through to him. Between last night’s shutout and Sunday night’s performance at MSG, we are starting to see more of the good Cory and less of the Tuesday night Cory…. I hope!!

Andy Greene and Damon Severson were definitely the best dmen out on the ice tonight and we need to see more of that from them. As a whole, the defense was much better, which is why Cory had a quiet night in net.

Miles Wood is quickly becoming a player you want on the ice. Sure, he has trouble with speed and breakaways but he’s doing good things on the ice when he’s out there. I’m sure this will catch on eventually right??

I thought Hynes needed to manage his muscle a little better. What other purpose does Gazdic dressing serve? Once Simmonds and Gudas starting playing dirty, that’s when you start putting Gazdic out more and let him take care of business.

Still not a big fan of Lovejoy but really, your defense partner doesn’t even have a stick.

Passion, grit and effort will usually beat talent every night. The Devils will need to bring more of that tonight as they skate into Pittsburgh on the last day of play before the quick Christmas break.