Sixers Flame Out in Second Half to Suns 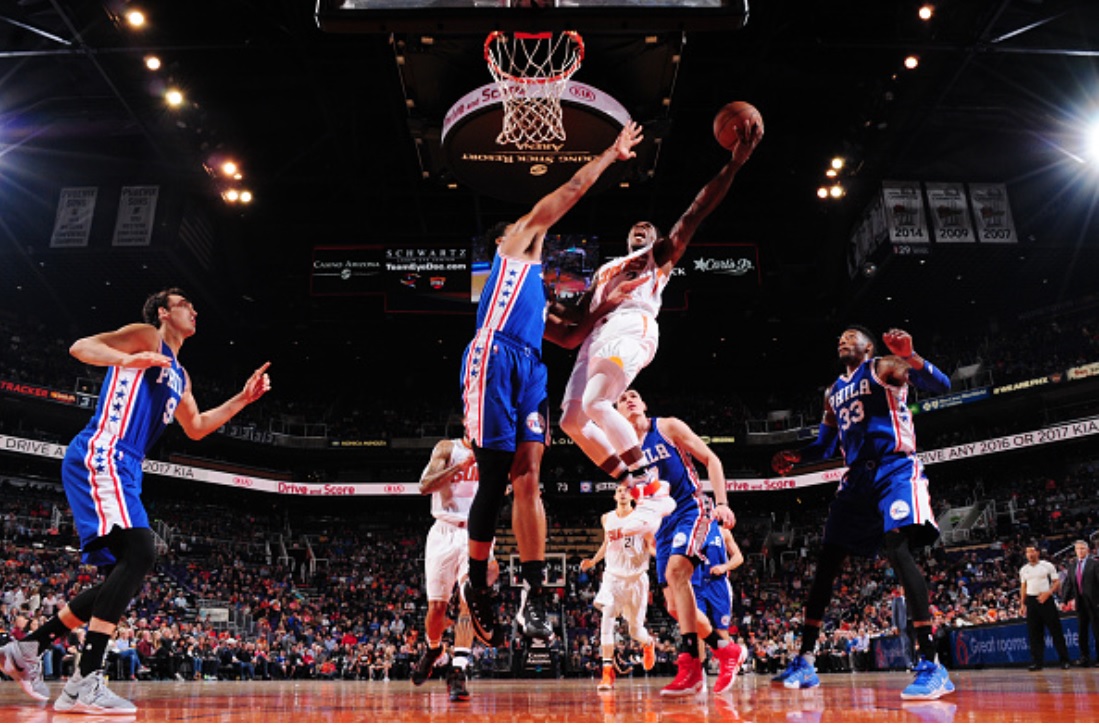 Sixers Flame Out in Second Half to Suns

‘Tis the season for giving and the Sixers got into the holiday mood Friday night in Phoenix, watching a 13-point halftime lead disappear and gifting a victory to the Suns. The 123 points allowed tied the most the Sixers have allowed this season, and it wasn’t due to the quality of the opponent, as it marked Phoenix’s first win in 18 tries this year when trailing entering the fourth quarter.

Two main culprits were at the heart of the team’s difficulties: 19 turnovers, all of which came after the first quarter; and also, the typical poor defense when a certain Sixers center was in the game. The Joel Embiid-Jahlil Okafor pairing was a dud once again. After Philadelphia led by 1 in the duo’s first stint together, things fell apart in the third quarter. A 16-2 run in a matter of minutes quickly erased Philadelphia’s 13-point halftime lead. Eric Bledsoe (24 points, 11 assists) and Devin Booker (23 points) banged down threes as the the Sixers defense struggled to navigate through screens on the perimeter.

With the game transformed to a back-and-forth affair, a 5-minute stint in the fourth quarter with Okafor at center put the game out of reach. The Sixers went from up 1 to down 6 without any rim protection present to overcome poor on-ball defense from the guards. Sixers fans watching from home were left wondering if things would have been ended differently with Nerlens Noel guarding the paint.

Noel did receive 10 minutes of action in the first half, taking the court alongside Embiid for the first time ever. The pair played just under 2 minutes together, outscoring the Suns by 2. Obviously too small a sample size to begin to make a determination either way, but let’s pretend the team would have won by more than 40 if they played the entire game together.

As for Embiid, he was the bright light in what turned out to be a dismal evening, scoring 27 points in 28 minutes. He knocked down 10-11 from the free throw line, providing efficient offense for a team that often finds that hard to come by.

Here, he made Marquese Chriss look like he’s playing in a camper-counselor game.

He also had the usual type of sequence that only comes from Joel Embiid. Embiid affected 2 Phoenix shots in the paint, leading to a Sergio 3 on the other end. The camera then cut to Embiid nodding on the floor in approval.

Even in the face of a terrible loss, Embiid made certain aspects of the game a fun viewing experience. If nothing else, a loss combined with a win for another team toward the bottom of the standings in Phoenix, only ups the chance of a top-notch talent coming to help Embiid turn things around in next summer’s draft.