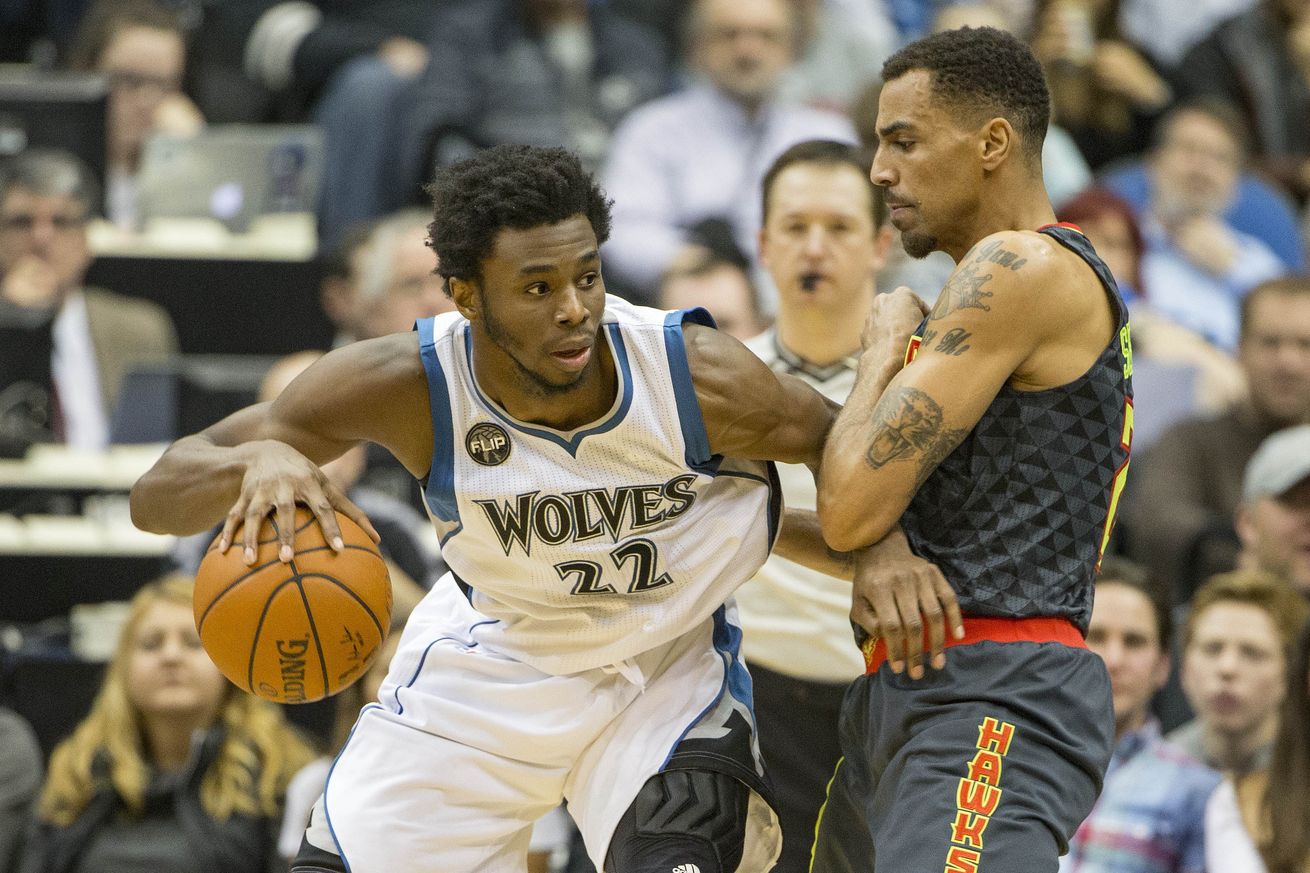 The Timberwolves will look to rebound in their second game of a back-to-back against a Hawks team that will no longer be missing Dwight Howard Monday night. The Wolves are coming off a rough 112-100 Christmas Day loss against Russell Westbrook and the Thunder.

Karl-Anthony towns had a team-high 26 points in the loss, but failed to corral his usual double-double, hauling in 8 rebounds. We can expect Towns to have to battle to get that double-digit rebound mark tonight against a Hawks team with Paul Millsap and Dwight Howard down low. Andrew Wiggins also had a solid scoring night against the Thunder, managing 23 points to go along with 3 rebounds.

Atlanta’s most recent game was a narrow 109-108 win against the Denver Nuggets in Denver last Friday night. Dennis Schroder continued his strong play as of late, scoring 27 points and handing out 6 assists. Big man Paul Millsap also had a solid outing, scoring 20 points and grabbing 8 rebounds.

These two teams last met December 21, with the Wolves coming out on top, 92-84  in Atlanta, their first meeting of the season.

Shifty point guard Dennis Schroder led the Hawks with 21 points and 7 assists in the losing effort. Paul Millsap also had 18 points and 10 rebounds to secure the double-double.

Overall, the Hawks hold a 32-20 series advantage over the Timberwolves all-time, with a .385 winning percentage.

It should be interesting to see how coach Thibs uses his subs in the game. His rotation has been anything but predictable, as rarely used Jordan Hill was the first Timberwolves player off the bench in the Oklahoma City game on Christmas day. Tyus Jones saw some run in the early stage of the season, only to hardly see the floor the past few weeks.

Minnesota ranks dead-last in the league in bench scoring with 21.7 points per game. The Wolves bench also averages the least amount of minutes played, at 13.7 per game.

It should also be noted that Hawks players Dwight Howard and Tim Hardaway Jr. were both listed as out on the teams injury report as of early this morning. Reports recently came out of both players being upgraded to probable tonight, so that situation should still be monitored.

(All stats found on nba.com and basketball-reference.com)