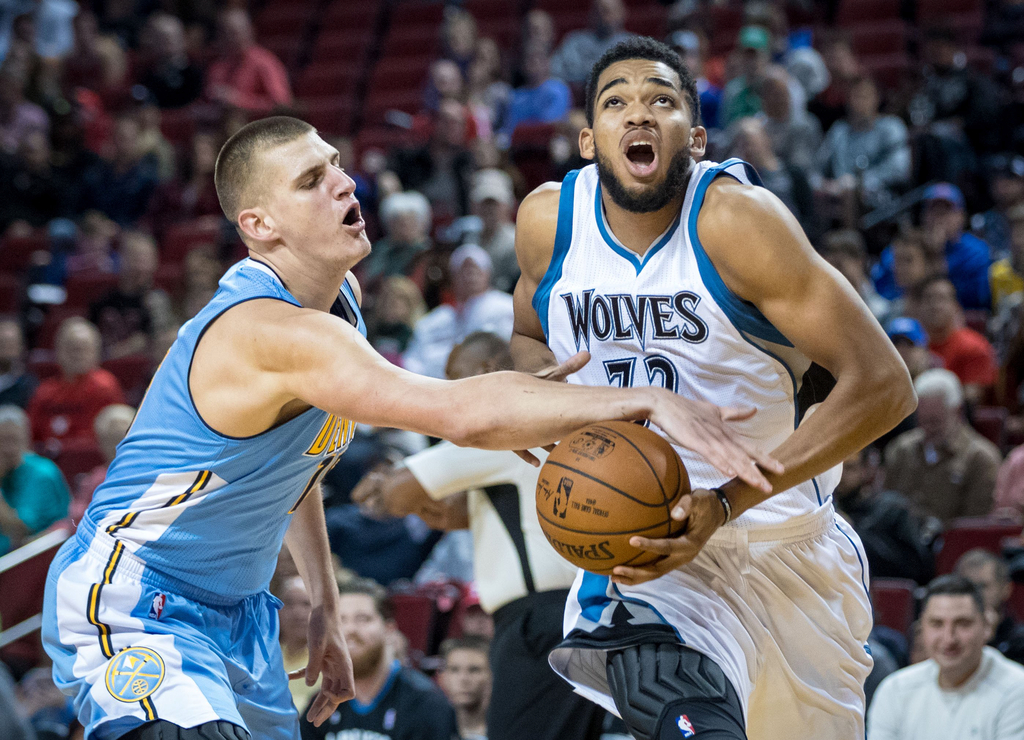 The Timberwolves are coming off an impressive 104-90 victory over the Atlanta Hawks Monday night at home. After being beaten pretty badly on the national stage Christmas day, the Wolves had a solid bounce-back game, as Karl-Anthony Towns led the charge with 22 points and 11 rebounds in the win.

Minnesota shot the lights out of Target Center, knocking down 15 three-pointers as a team. Zach LaVine continued his hot shooting, hitting six from deep on his way to 21 points. If the Wolves want to keep impressing, they will need to shoot at a good clip from here on out, as it will help keep them in games when their bench doesn’t inevitably produce like an average NBA bench should.

Denver is fresh off a 106-102 win over the injury-plagued Los Angeles Clippers Monday night. Nikola Jokic had himself a game down-low, scoring 24 points and snagging 10 rebounds as well. Denver now sits at 13-18 on the season, and will be a tough out tonight.

The last meeting between these two came November 3 in Minneapolis, as the Nuggets walked away victorious, 102-99. Wilson Chandler and Danilo Gallinari gave the Timberwolves fits, scoring 19 points each. Veteran guard Jameer Nelson also was a key part in the Nuggets win, contributing in all areas, compiling 14 points, seven rebounds, and seven assists.

Karl-Anthony Towns had a big game in the close loss, scoring 32 points to go along with 14 rebounds. Andrew Wiggins also had a nice night, scoring 25 points while gathering three rebounds. Gorgui Dieng struggled all game due to early foul trouble, and only managed two points and four rebounds.

Ricky Rubio has been playing some of his best basketball of the year as of late. Over his last 67:40 minutes played, he has zero turnovers while compiling 22 assists.

Karl-Anthony Towns is also up to his usual antics, playing extremely effective offensive basketball for a big man. In their recent win against the Hawks, KAT was perfect from all levels on offense. He went 8/8 from the field, 3/3 from deep, and 3/3from the charity stripe. Against the tough and big Denver big men, Towns will have to have another solid game for the Wolves to secure the rare back-to-back win

(All stats found on nba.com, basketball-reference.com, and Timberwolves PR)