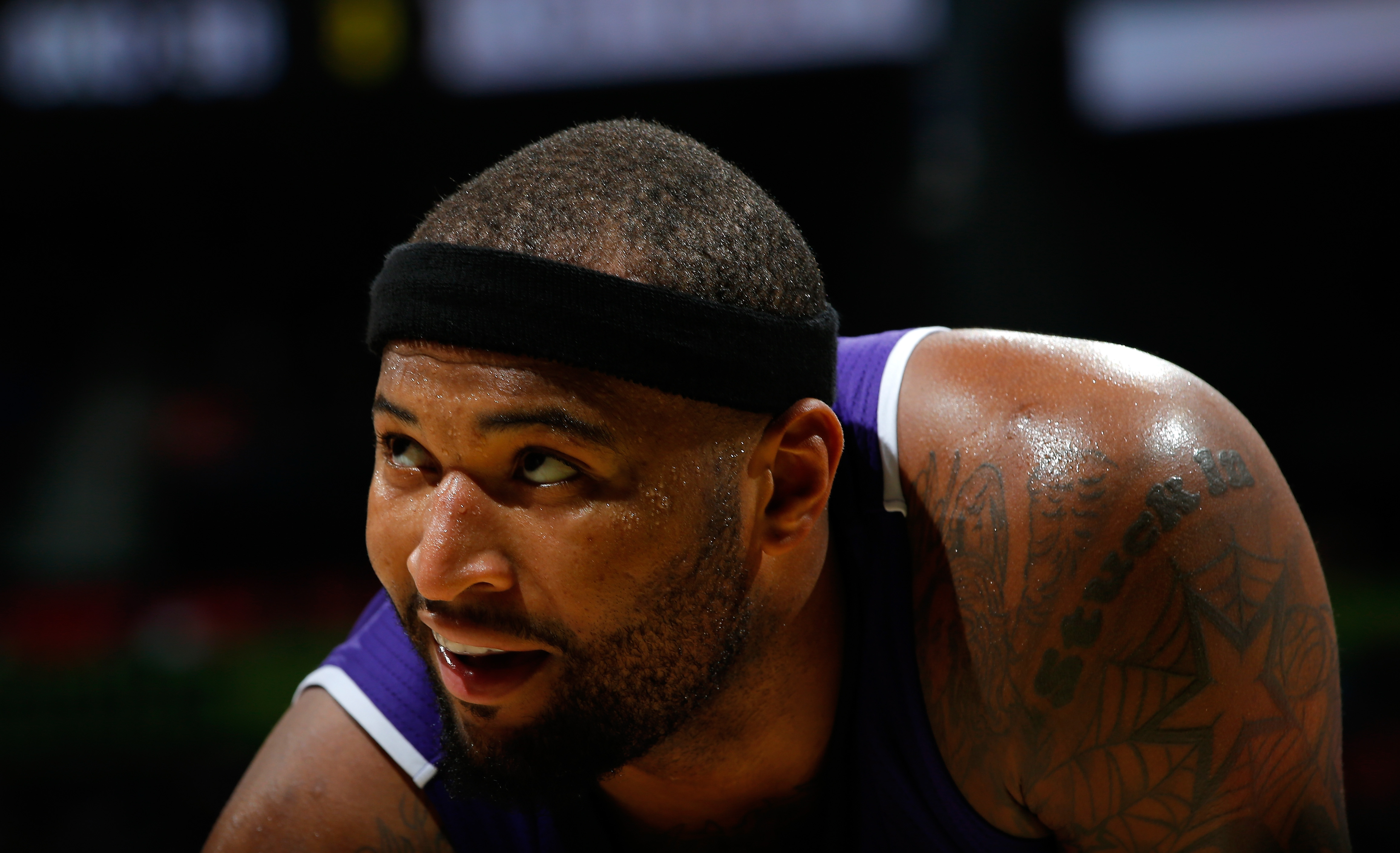 Having won four games in a row over the Trail Blazers, Jazz, Timberwolves, and 76ers, the 14-17 Sacramento Kings are currently eighth in the Western Conference. Could they actually be considered favorites to land the last playoff spot?

Given this is a team that hasn’t made the playoffs in a decade, you would figure it’s been years since they enjoyed such a long winning streak. However, last January the Kings ripped off five straight wins versus the Jazz, Clippers, Lakers, Hawks, and Pacers to reach a record of 20-23. From that point on Sacramento struggled, falling to 33-49. While it did mark the first time since 2008 that the Kings crept up over 29 wins, it was another awful campaign that caused further concern regarding the future of this franchise as well as DeMarcus Cousins’ place in it.

Enter Dave Joerger. He knows a thing or two about coaching elite big men, and he also has experience leading less-than-stellar squads to the promised land that is the postseason. He did it last year when everyone on the Memphis Grizzlies was dropping like it was 1665. Just prior to this recent streak, the Kings earned a close victory over Dave’s former team, but then got dominated by the Dallas Mavericks two nights later.

Does Sacramento more closely resemble the group that has recently beaten the likes of the Grizz and Jazz, or the one that was messed up by the Mavs? We should have a pretty good answer to that question by the end of January. Here’s what’s on tap for the Kings after they take on the Trail Blazers in Portland tonight and the Grizzlies at home on New Year’s Eve.

Of those 16 games, eight are against clubs who are quite comfortably among the top eight in their respective conferences. Only Miami and Philly are non-factors in the race toward the playoffs, and neither of them are walkovers. That means Boogie will need to keep balling out big-time and delivering 30-10 gems on a nightly basis. If you ever catch yourself wondering how Sacramento has held their heads this close to the surface for this long, the answer is none other than Cousins, who has been a man possessed, especially lately. Ty Lawson has been playing decently, Garrett Temple has been ten times better than Arron Afflalo, and the return of Rudy Gay should help to ease Boogie’s burden as a scorer some. But the truth is this team will go as Cousins goes. If he can continue to play at a legitimate MVP-level, there’s no one on this Earth who can do anything but hope to contain him.

The Kings get a lucky break tonight when they face Portland, as Damian Lillard will sit out his second straight contest due to an ankle sprain. Mike Conley and Chandler Parsons are banged up once again for the Grizzlies as well. If the Kings can close 2016 with a bang and keep surviving close contests, Sacramento could be a part of the playoffs during year one in their new stadium. The fans have waited a long time to watch a winner, and the last season in which they won 40+ games, they made the playoffs.

The way things are looking right now in the West, 40 wins might be more than enough to earn the eighth seed, i.e. the right to be Golden State’s warmup opponent in the first round. Perhaps Sacramento would be way better off long-term if they could hold onto a first round draft pick in 2017, which they yield to Chicago if it falls outside of the top 10. But perhaps this is the year that the Kings snatch a whiff of May basketball. Based on all the misery that Cousins and company have endured, it’s difficult to root against them, even though it may be in their best interests to lose a lot for just one more year. It’s also impossible to ignore the fact that Cousins and company are genuinely having fun. It’s not everyday that you see Boogie playfully smacking his rivals’ rump.

The worst-case scenario here involves Sacramento finishing in the 11-to-14 range in the lottery, as the Bulls would reap all the benefits of their bad year while the Kings would have absolutely nothing to show for. The Kings are operating within a particularly precarious situation. Fall just short and set the franchise back by giving away a lotto pick in a very deep draft class. It’s a tight-rope walk on a windy night, and Boogie isn’t exactly known for such balancing acts.

We aren’t yet halfway through the year, but Cousins already has nine technical fouls. If he gets to 16, he is suspended for a game, and then he misses another contest for every couple T’s thereafter (18, 20, 22, etc.). For the Kings to sneak into the playoffs, Cousins will have to contain his emotions on the court. Denver, Portland, New Orleans, the Los Angeles Lakers, and maybe even Minnesota (10-21) could threaten for the final playoff spot. Only Phoenix seems dead as a doornail now that Dirk is back for Big D, so it could be a frantic fight to the finish out West. At the end of the day, an eighth-place finish is to the Kings what the Flint Michigan MegaBowl was to the Flint Tropics, almost meaningless, but ever-entertaining and hilariously hopeful all the same.