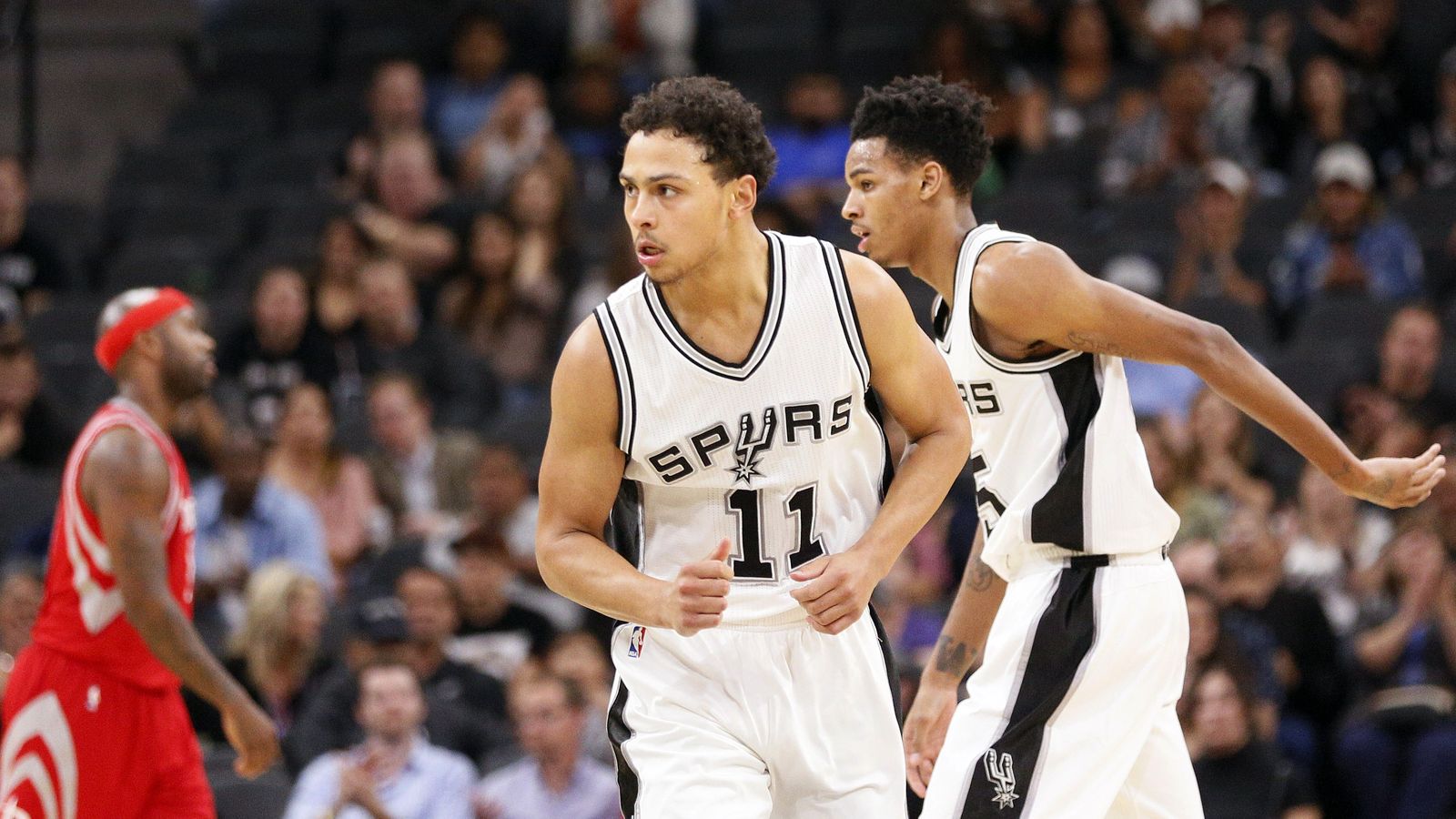 As we approach the halfway mark on the NBA Development League season, it’s time to check in on how the Austin Spurs have fared through 2016.

With a record of 7-11, the Spurs remain the eighth seed in the Western Conference and four games out of a potential playoff spot. For those new to the D-League, only four teams in each conference make the postseason and their season is just 50 games long.

Several faces have changed on Austin’s roster since our last update, but turnovers, inconsistent offense, and a porous defense still remain.

Sixteen different players have logged minutes for the Austin Spurs this season, which is a lot when D-League teams are only allowed 10 active players. The shuffle of warm bodies isn’t an excuse for their struggles though.

Ironically, Austin’s best performance of the season came against the Rio Grande Valley Vipers, the Houston Rockets’ affiliate. With no one assigned to Austin, the Spurs had all 10 of their players log minutes. Everyone except Ryan Arcidiacono scored, with seven players scoring in double figures led by Livio Jean-Charles’ 19 points. The Spurs also held the Vipers to a paltry 40 percent from the field. RGV’s primary source of offense on the night? Free throws, where they went 29-for-39 from the charity stripe in comparison to Austin’s 27-for-29 performance.

Sharing the ball is the primary issue on offense. Only 47.2 percent of the Spurs’ field goals come off assists, good enough for fourth worst in the D-League, and their Assists to Turnover Ratio is 0.99, meaning Spurs players don’t even record one full assist for every turnover they commit.

On the other side of the ball, the Spurs have a Defensive Rating of 106.4, which ranks them 17th out of 22 teams. While not good, their defensive rating isn’t the tell-tale statistic that it seems. Without a true center on the roster, the Spurs struggle at protecting the rim, allowing opponents to shoot 61 percent from within five feet, second worst in the D-League.

To make matters worse, the Spurs also struggle on both ends of the court with games on the line. In the clutch, which is defined as less than five minutes remaining during the fourth quarter or overtime where neither team is ahead by more than five points, Austin has a horrendous 35 percent Effective Field Goal percentage, last in the D-League. Austin’s opponents? They have an Effective Field Goal percentage of 65 percent, which puts Austin last in that category as well. That formula won’t win many games.

Nwaelele may be familiar to some San Antonio Spurs fans. The now 32-year-old guard went undrafted in the 2007 NBA Draft, but was immediately invited to San Antonio for training camp. Nwaelele wouldn’t be able to attend camp due to his Air Force obligations, but he eventually played four games with the Spurs during the 2008 NBA Summer League season.

He returned to professional basketball in 2012 as a member of the Santa Cruz Warriors before getting a second chance at the NBA with the 2013 San Antonio Spurs’ training camp roster. He averaged 3.7 points and 1.7 rebounds in 12.3 minutes before being waived along with Courtney Fells and Corey Maggette.

With his age and development, Nwaelele has a tougher road to the NBA than the average D-Leaguer. But at least we know, in case the call ever comes, he already loves playing in the AT&T Center.

Let’s get this out of the way: If Dejounte Murray and Bryn Forbes combined their talents into one point guard, Forbes would be Dr. Jekyll and Murray would be Mr. Hyde. Or for the millennial crowd, Forbes’ talent would be Kermit and Murray’s talent and execution would be Evil Kermit. “Run the offense, don’t hold onto the ball, good to great…SHOW OFF THE CROSSOVER, SPLIT THE THREE DEFENDERS AND DRIVE TO THE BASKET.” Every possession would end in either a 3-pointer or a turnover.

In all seriousness, the rookie backcourt tandem performed well in their recent time together. Over two games they combined to average 60.5 points, 24.5 rebounds, 11.5 assists and 6.5 steals in 29.2 minutes. They also averaged 14 turnovers per game.

Forbes may have used his 3-point shooting to save the Spurs in his most recent D-League stint, but Murray’s turnovers aren’t exactly killing this team.

Murray’s biggest weakness is gaining a feel for when to attack and when to pass. When on the floor, Murray accounts for over 37 percent of the Spurs’ turnovers. The turnovers aren’t a result of bad passes, but more of his overaggressiveness when attacking the basket which leads to a lot of strips, out of control shot attempts and, luckily, drawn fouls.

Where his turnovers do kill the Spurs is on how easily opponents turn his mistakes into points. Out of players who have logged at least 10 games and 10 minutes per game, Murray allows the second worst amount of Opponent Points off Turnovers in the league at a staggering 16.2 points.

Experience is obviously going to be Murray’s best friend when it comes to finding the perfect balance in when to attack the basket and when to stay within the offense, but the rookie has made enough strides in his game to be entrusted as the third point guard on San Antonio’s bench. Expect him to start fine-tuning certain aspects of his offense (his ability to absorb contact/draw fouls and use his length around the basket is incredible) whenever he’s sent back to Austin.

On the other hand, Forbes is practically a finished D-League product. The Michigan State guard shoots over 50 percent from every single range on the floor except for shots within five to nine feet from the basket.

Forbes has drawn plenty of comparisons to former Spurs flamethrower Gary Neal, but where Forbes separates himself is in his ability to create his own shot. More than half of Forbes’ jump shots have come unassisted in Austin, in comparison to attempting 96.4 percent of his field goals off the catch-and-shoot last year at Michigan State.

Defensively, the 6-foot-2 Forbes still leaves a lot to be desired. He doesn’t rebound well and doesn’t create enough opportunities for teammates, making him a true shooting guard. And having such a small 2-guard isn’t conducive to a good defense, as evident by his 114.4 Defensive Rating.

While the move to cut Nicolas Laprovittola may have been more of a mutual parting of ways to allow the Argentinean to explore more lucrative opportunity elsewhere, that doesn’t mean that Forbes is necessarily safe. His contract becomes fully guaranteed on Jan. 10, but if San Antonio’s front office deems that roster spot would be better filled by a veteran free agent or D-League player eligible for a 10-day contract, cutting Forbes’ minimum salary would be an easy casualty.

Both guards excelled at lighting up the scoreboard and stuffing the stat sheet in the Development League, but only one of them is guaranteed a future in San Antonio through the new year. Forbes better hope the buyout market doesn’t produce any over-the-hill veterans that Popovich can’t resist. Thankfully, Kevin Martin has already retired. On the other hand, Andre Miller is still available…