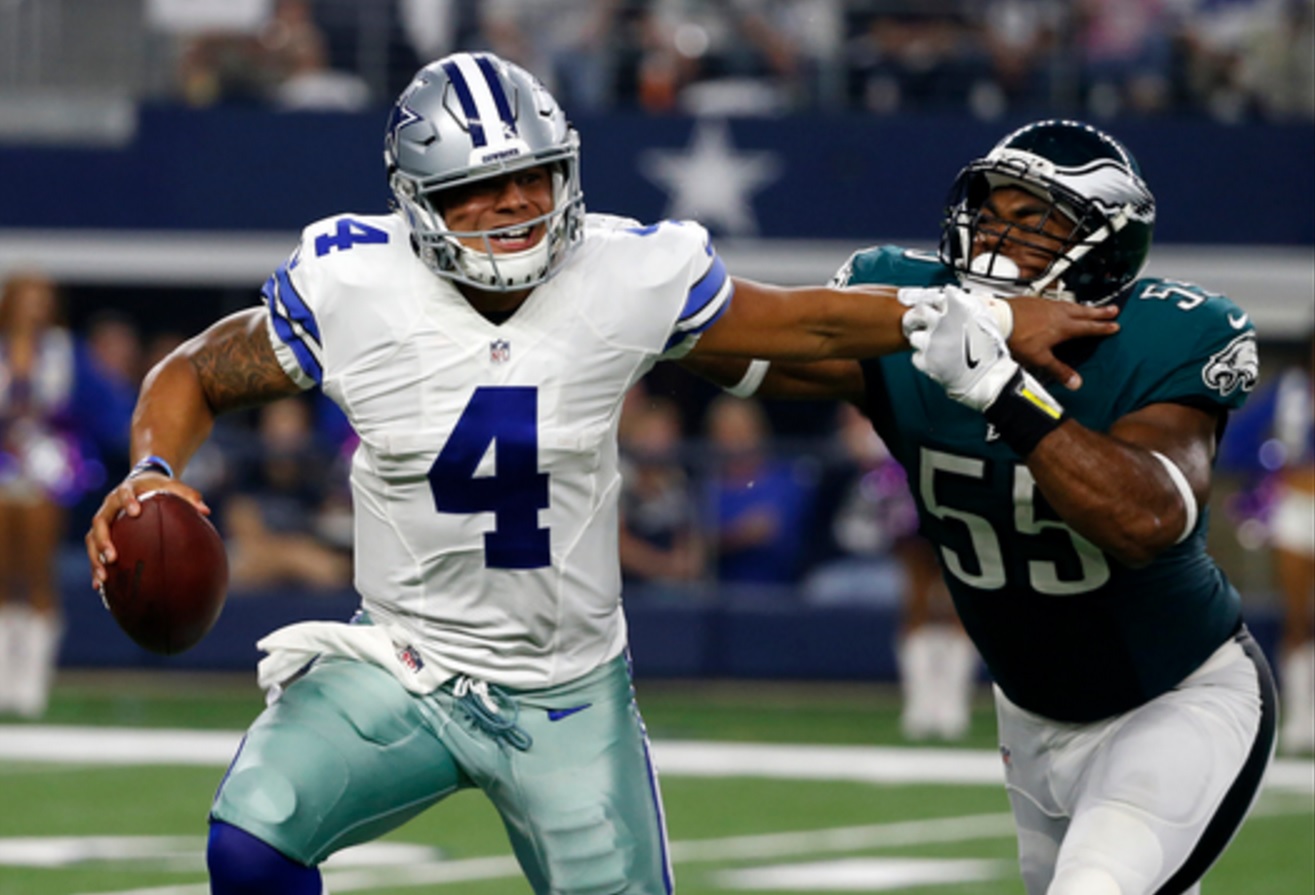 Due to scheduling conflicts, podcasting this week was not possible. Instead, we take you back, to the dark days before podcasts existed, when my weekly thoughts on the NFL were captured in a good, old-fashioned column.

Before anything else, let’s get this out in the open: my wagers this year sucked. If you faded me all season, congratulations, but seeing as that is not the intention of this endeavor, it is hard to call this season anything but a giant disappointment. Beating NFL numbers is very difficult, some have argued impossible. Even on a down year, though, I should be able to provide you with picks that at least keep you close to even.  However, this year the only NFL bettors who made money are your square friends who just bet on New England and against Cleveland and San Francisco every week. It was really that easy, and yet, so difficult for experienced bettors who have any idea what a “sharp” side is.

That explanation is not an attempt to make excuses, just to call it what it is. The NFL has become even more unpredictable than ever before, with it becoming impossible to tell which variation of a team will show up on a given week. I have looked into alternatives, such as becoming a player prop specialist (which I was extremely successful with this year), but there really is nothing quite like betting the spread of a game.

So while I am sad to end the year with no possibility of a winning season, I remind you why we do this, or at least, why we should be doing this: for fun and entertainment. If your wallet really feels it after a loss, you should not be wagering that much, if at all. As long as you keep the wagers in the zone where a losing week is no different than dropping a few bucks on a concert or a dinner out, I feel like it is worth it for the entertainment. So if nothing else, I hope you enjoyed watching, and wagering on, the NFL this season with us, and really hope you join us again next year (and of course, for the playoffs this year).

This is our last chance to fade this Jaguars team in its current form, as next year they will have a new coach and we will have to re-evaluate their whole situation. This line offers a little bit of value because the Jags won last week in an upset that many people seem to think was bigger than it actually was (the Titans were only -4.5). But that was a home game, their first with a new coach, and against a very poor pass defense and a young QB playing his biggest game as a professional on the road. Make no mistake, this team is still bad. While Indianapolis has nothing to play for, Andrew Luck and company will want to end this season on a high note, and I think he has a field day.

As of now, the Cowboys have not come out and said they will be resting anybody, but this line tells us that they will be. Even if they are silly enough to let Dak and Dez and Zeke play one series, I can’t imagine it would be much more than that. In that case, you will have Philadelphia at home facing opposing second stringers, with nothing to gain by losing (as they do not own their first-round draft pick), against a division rival. I think the Eagles get it done. Also, it is week 17, so you know Zach Ertz is good for 13 for 158 and a TD or two.

New Orleans overs were one of my few bright spots of this season, as I was never afraid to bet them no matter how high they got, and more often than not, I won with them (so they were the opposite of betting the Browns). While this is not a home game for New Orleans, it is still in a dome against a team they traditionally play shootouts with in the Falcons. This game is going to be a “first to 40 wins” type of game, and even though the books are finally adjusting and adding some points to these totals, it still won’t be enough.

Washington has a must-win home game against the Giants, who will be resting a lot of players. Also, conspiracy theory alert, the NFL needs them to win for the Sunday Night game to have as much meaning as it could. If you don’t believe the NFL nudges sides it wants, please explain how the Lions got a penalty called on them for tackling Ezekiel Elliot last week. Washington takes care of business.

In the second leg, I am just happy to take the home team getting 9.5 points in a game for the division. I do think Green Bay wins this game, but I also think it will be close.  Also, in case you haven’t heard, if Washington wins BUT Green Bay and Detroit TIE, Washington is out and both of these teams are in. How amazing would that be, if these teams agree to exchange punts for 75 minutes? What would Roger do? Would it inspire a rule change? All I know is I want to see that more than I have ever wanted to see anything in football.

We’ll cap things off this week with the Raiders, who you know will be giving full effort to achieve a 1 or 2 seed, and will be doing everything possible to get Matt McGloin as comfortable as possible running the offense. Also, it was announced today that while Trevor Siemian will start for Denver, Paxton Lynch will play. I am going to assume he plays the second half, so Denver is going to have to outscore Oakland in the first half. I don’t see that happening.

Plus, to continue the talk of conspiracies: a Denver loss hurts Kansas City. After being embarrassed by the Chiefs Sunday night, including an unnecessary but incredibly entertaining touchdown pass by 346-pound lineman Dontari Poe, Denver could send an “FU” Kansas City’s way by not going all out here. I am not saying that they are going to do that, but it is an added reason I could see them losing this one.

That’s it for this week, and for the regular season. Hopefully we can end strong and carry some momentum into the postseason!