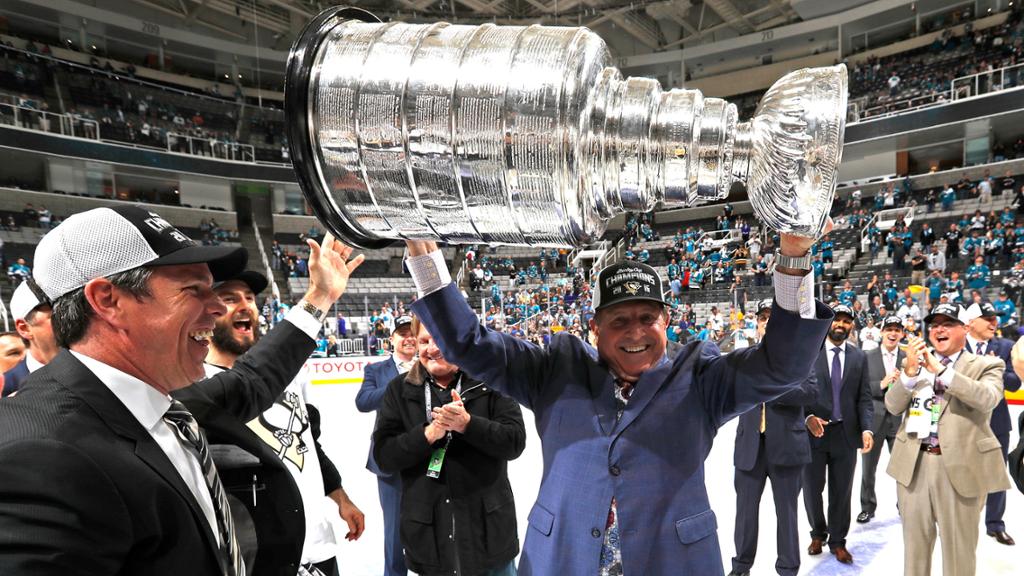 Pittsburgh is a town full of sports characters from Mike Sullivan and his laser beam stare to the famous “pitch doctor” Ray Searage. There are obviously proponents of Mike Tomlin’s style and Clint Hurdle’s bubble gum gnawing is legendary. Among these characters and personalities stands one man, quiet and calm but who makes seismic changes in the team he works with. He molds players, like they’re play-doh and he’s an eight year-old at indoor recess.

That man is Jacques Martin.

At 64, Martin is one of the most well-known names in hockey. He’s previously been the head coach of the Ottawa Senators, Montreal Canadiens, St. Louis Blues, and Florida Panthers. He’s been the general manager of the latter and served as an assistant coach on Hockey Canada’s Men’s team. Before becoming a coach, he taught high school French. Known for stout defense and strong penalty-killing he was brought to the Penguins staff under Dan Bylsma to help sure up a team that was rapidly souring on Disco Dan’s doctrine. Then, when Mike Johnston became bench boss he was “promoted” to special hockey operations adviser. When Johnston went out, Sullivan came in and Martin came down from the press box to the bench. And he was handed the reins on defensive duties. It was perhaps one of the most underrated moves in that coaching shake-up but it had profound effects.

The Penguins penalty kill, known down the stretch last season and into the playoffs for its stoutness, was a Martin responsibility but it didn’t end with the cup win. Despite early struggles, recently the team went a stretch of ten-plus kills without allowing a goal against and despite playing with depleted personnel quashed an extended 5-on-3 in New Jersey on December 27th. Guys like Hagelin, Bonino, Kuhnhackl and Cullen have all played huge roles on the two PK units. And recently Martin has done something new in adding the captain, Sidney Crosby, into the kill rotation for added face-off help. Talk about fear factor. The man who has the more goals and points than anyone in the league right now on the PK? That’s just sinister, Jacques, stop playing with your food before you eat it.

But it’s not just the PK. Perhaps Martin’s most brilliant and well-known master piece has been skating as the Penguins top defenseman recently. Oft-maligned in Edmonton and plucked for a third rounder in the 2016 draft, Justin Schultz got his groove back in large part thanks to Jacques Martin. Schultz,, who was overworked and mismatched frequently in his past life, got a fresh start. Not to mention a few brilliant teachers in Martin and defensemen development coach, Sergei Gonchar.

Martin, Gonchar and Schultz spent nearly a week together before number 4 even got into a game. They worked with him, talked to him, hashed out his role and taught him to work within it. And most importantly, they worked on his confidence. Taught him to believe in himself again, an invaluable lesson.

Then when they did play him they deployed him brilliantly, backing up words about trusting himself with the space to do so. Martin and Sullivan consistently worked to keep his shifts short and sheltered as long as they could. Justin was put in positions where he would succeed so he could remember what succeeding felt like. Martin worked with Sullivan who gave the defender match-ups the staff knew the player could handle.

By the time the playoffs got serious and the Penguins were dueling with the Lightning and the Sharks Schultz and his partners (sometimes Cole sometimes someone else depending on injuries) were an important part of the puzzle. They weren’t receiving the big names but were effective in their role wearing teams down in waves so others could do what they did best last spring.

Then, July 1st came and Schultz could have signed elsewhere. His price as an RFA was too high so the Penguins didn’t qualify him, essentially making him a free agent. He could have left but he stayed. He took a cheap deal for one year to work on his game more and play with the brothers he made in black and gold. And boy has he ever worked and listened to his coaches, recently racking up the most points in one month from the blueline(17) since Sergei Zubov in 1996 and sitting third overall in NHL scoring for the Month of December behind teammates Crosby and Malkin.

When the Penguins lost Letang it was widely accepted that the “straw that stirs the drink” would be gone but Martin had groomed Justin for this. This was “Schultzy”‘s moment and he’s done his best to make the most of it. Not unlike Matt Niskanen in 2013-2014, Schultz has flourished in his larger role. And he has done so largely without his standard partner, Ian Cole: He’s played with a revolving door of defenders depending on the health status of Letang, Daley, Dumoulin and Maatta who have all missed time this month. He’s played a variety of minutes and seen time on a PK the team had previously kept him off of without three of their four standard penalty killing blueliners.

Martin isn’t a big character, he’s the quiet voice in the back of the room. But he’s righted the ship of not just Schultz but Dumoulin, Daley and even Maatta who have all struggled at some point this season. He’s made this team immeasurably better since he joined it even if he’s not necessarily the face we all associate the success with. This is why it’s so fitting that a coach who has played many roles and been on many benches finally won his first Stanley Cup last spring with the defenders he helped mold and the PK he helps run leading the way. And if the only really exciting story about Martin is how he almost dropped the Stanley Cup on the ice last June, well that’s more than okay. 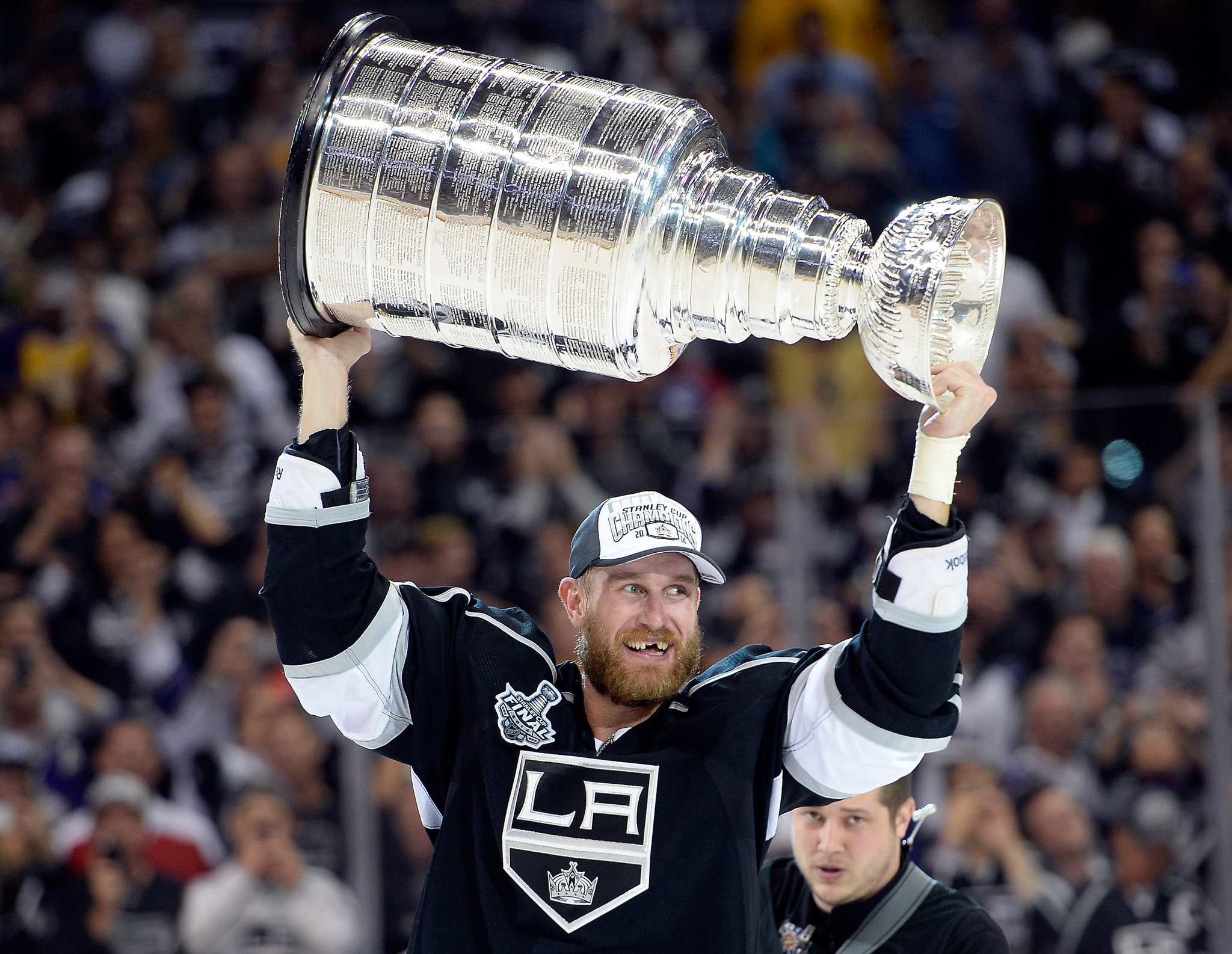 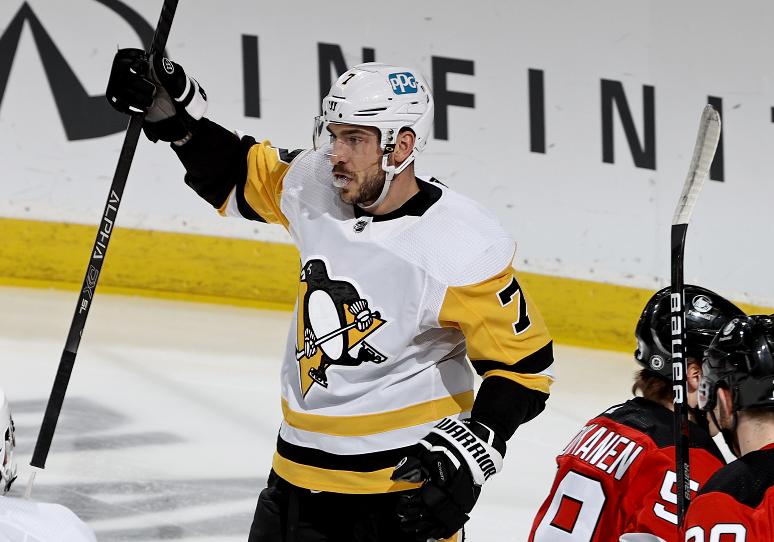