Your Morning Dump… Where it’s almost all IT 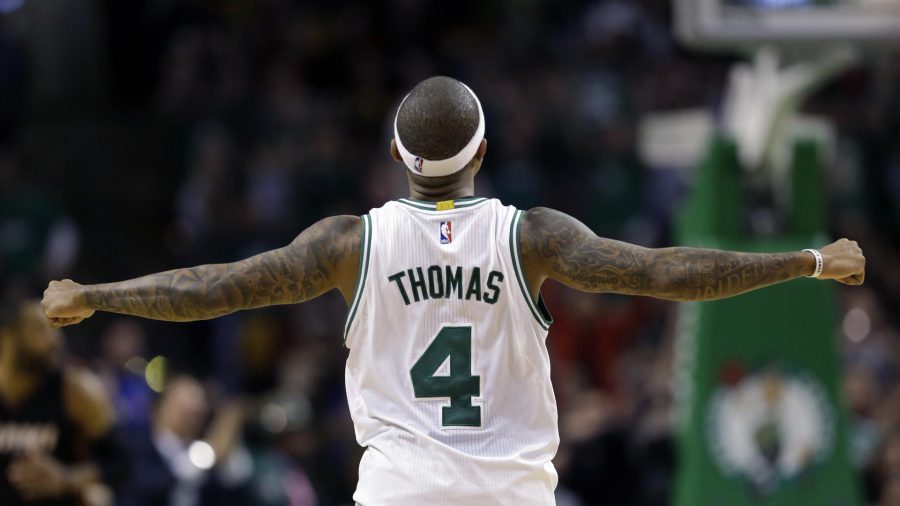 Well. That certainly was something, wasn’t it?

Guys. Not only did IT score more points in a quarter than any other Celtic, he dang near tied the NBA record for most points in the 4th quarter period. The record holder? Well, it’s still Wilt. From his 100 point game.

But that, really, is all you need to know about what happened last night. IT set a Celtics record and dang near tied a record that’s stood for 54 years.

So, in keeping with that, and in no particular order, the best of the early coverage of that little romp:

“Your dad killed us out there”

Whiteside was hit in the right eye during the game, and now he was squinting and his eye was red. Thomas’s 4-year-old son, Jaiden, noticed Whiteside’s eye.

“What happened to you?” he asked.

“Your dad killed us out there,” he said. “That’s what happened.”

Thomas needed a team that believed he could be a star

The Celtics needed a star and Thomas needed a team that believed he could be a star. He truly felt nobody in his past did, not the Kings, not the Phoenix Suns.

“It was a pretty special, memorable night.”

Incredibly, that was enough time for Thomas to pack together six 3-pointers, five free throws, a layup, and an and-one bucket near the rim. Several times throughout the fourth quarter he heard M-V-P chants, which scared him, he joked, because he felt more pressure to make the ensuing shot.

(BTW: look at that: six three pointers, five free throws and two layups in 9:21 seconds of basketball–in the fourth quarter with the game on the line)

“He was making it happen.”

As if his teammates screaming at him to finish off his epic fourth-quarter scoring performance wasn’t enough, Isaiah Thomas looked into the crowd at TD Garden in the final minutes of Friday’s game against the Miami Heat to find his own mother screaming at him.

“It feels really good to have a guy like that on my team. I was just saying earlier, this is special. I know he was trying to give us credit, but he was out there on his own, man. There were no screens, there was no nothing, he was making it happen.

Thomas was simply everything

Thomas was simply everything for Boston on a night when little else went right – especially in the fourth quarter when he played all 12 minutes before leaving to a standing ovation with 6.2 seconds on the clock.

That's what the Celtics gave up to get Isaiah Thomas.

IT on missing Wilt's 4th quarter scoring record by 2 points: "I shouldn’t be in the same conversation. Maybe one day I can break that, maybe

Horford: "They were tough, contested shots. That's what I feel like is most impressive. People need to understand that that's special."

For years, Tanguay was what a former colleague of mine called a 42 regular — a guy who fit the suit jacket, Johnny Bravo-style, but never became a major player. A couple of years ago, he adopted a loose-cannon personality, and his profile grew. It’s why he’s one of the current survivors at CSN as it shifts its focus. You don’t have to search far to see other personalities in the market attempting to do the same thing. It’s practically a matter of survival.

This is the trickle-down effect of a sports media universe in which Skip Bayless— a journeyman sports columnist in his past professional life — makes a reported $6.5 million a year to shriek his contrivances about LeBron James, Tim Tebow, and other often-trending names on Fox Sports 1.

Chad Finn with good advice that, alas, like most good advice, will not find widespread acceptance. I’m trying to figure out when we decided that what we want most is to be made angry about stuff that, in the grand scheme of things is not that important–that is, take what gives you pleasure from it, and ignore the rest.

If you want some solid, Simpsons based advice on how to cope with Gary Tanguay, etc., see the following:

The Teacher & the Student

Kevin McHale and KG are the “Zen Masters” of the post…#KGArea21 pic.twitter.com/mckdiJ5sKn 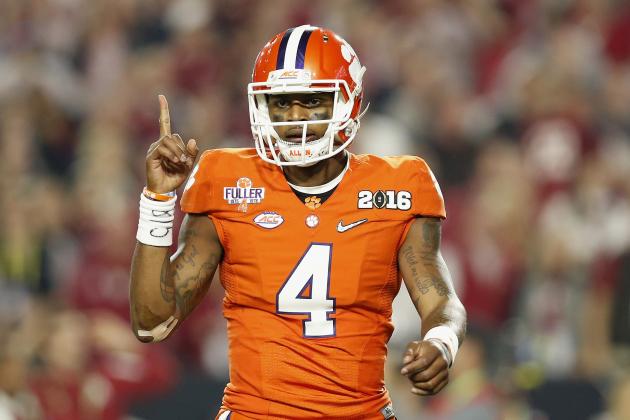 It’s playoff time! The Clemson Tigers are back in the playoff and ready to make another run at Alabama’s crown, while the Ohio State Buckeyes...