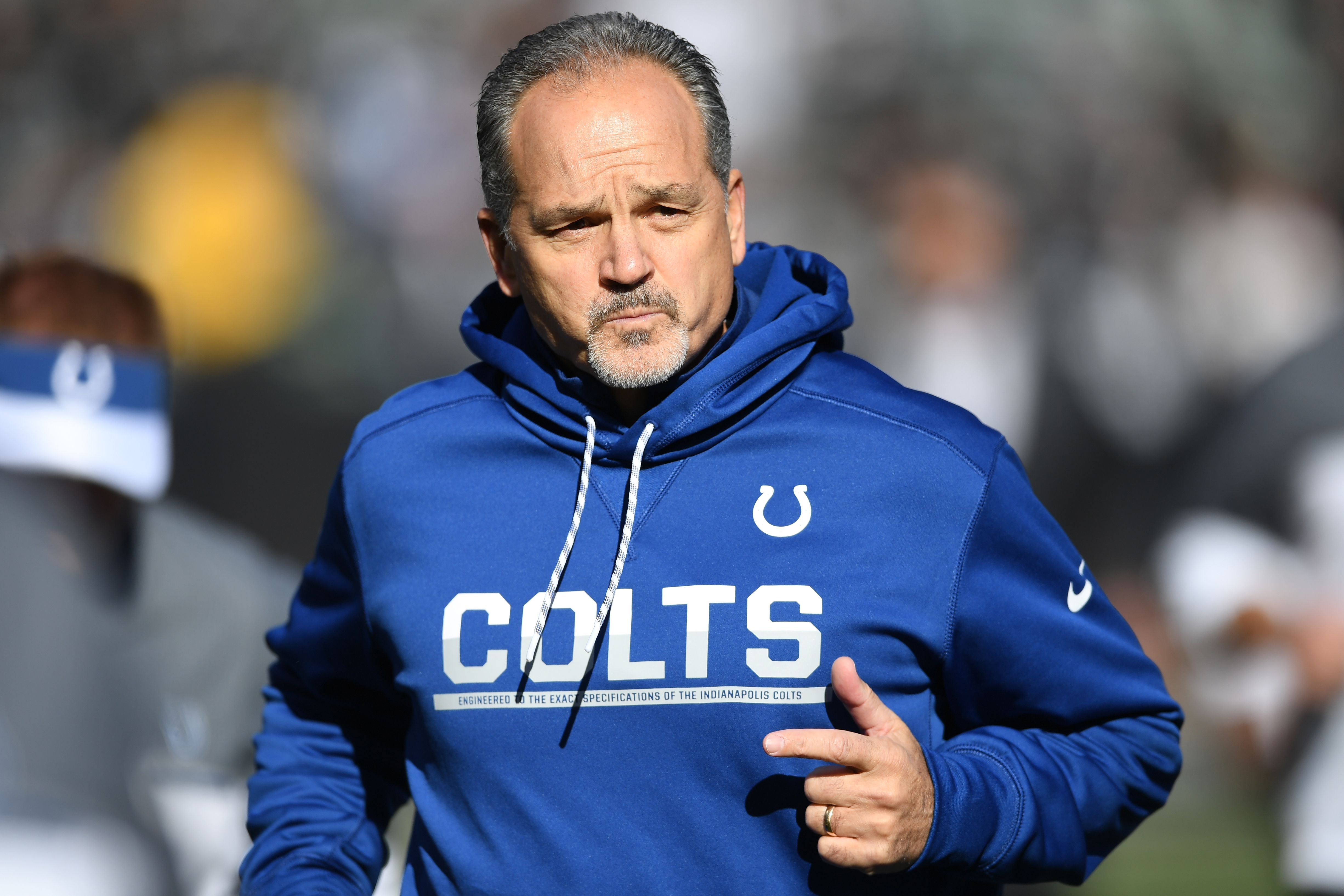 “Just how proud I was of that effort, the players and the coaches and the job that they did in not only preparing for that game but going and finding a way to win that football game. It speaks to our culture, it speaks to our environment, it speaks to the character of those football players, the leadership in that locker room. You don’t come back and win the football game like that and you don’t win games in the National Football League unless you have the right guys and coaches and players and the right culture and right locker room.”

These were actual words said by Chuck Pagano Monday afternoon during his ten-minute opening statement. It didn’t look like there was a single player on the field who was prepared to play a football game on Sunday. Pagano believes that the Indianapolis Colts have the right players, coaches, culture and locker room because they came back from a 14-point deficit to beat a three-win Jacksonville Jaguars team in a completely meaningless game to finish the season 8-8.

Can we set the bar any lower at this point? This is an organization that was chasing championships for a decade. Only one down year and three straight playoff appearances later had everyone feeling like this team was going to be competing for championships for another decade. Frank Gore came to Indianapolis via free agency for the sole reason of helping this franchise win another Super Bowl.

Now the head coach is proud and celebrating a win against a three-win team who recently fired their own coach just to finish the season at .500.

Peyton Manning is arguably the greatest quarterback to ever play the game of football. If fans have the same expectations as they had during the Manning era they’ll be let down.

This regime’s best player just had the best season of his career. They still couldn’t win the worst division in the NFL. That’s bad.

“It was a defining moment with 30 minutes left in that game of how we were going to be remembered for the 2016 season, the 2016 journey,” said Pagano.

I think this game was a defining moment in how the Colts would be remembered for their 2016 season. It was a typical Chuck Pagano led Colts team. Unprepared and flat to the start the game just like the last time they faced the Jaguars this season, or the other six times they trailed by double digits in games this season. Just to have Andrew Luck get hot and bail them out late in the game. It helped that the Jaguars played defense the same way the Colts defense the last possession against Detroit in Week 1.

“Again, I go back to the fight that is in this group and their will to win. They responded when we asked them to respond, they always did. Some devastating, heart-breaking losses and some great, great wins and none greater than yesterday. Everybody can say that it was Jacksonville, it was this, it was that. It was a dang good football team. It is the National Football League, games are hard to win in this league, I don’t care what the records are,” Pagano stated.

They always responded when they were asked to respond? Were they just not asked to respond at times this season? Did nobody ask them to respond in the second meeting versus Houston in their own stadium after being embarrassed the first meeting?

“Great question, an interesting question. We played a bunch of guys and we played without some of our guys in some of the games, Pagano stated when asked if he thought this team has more talent than the 8-8 record.

Pagano also spoke on the development of tight ends Jack Doyle and Erik Swoope. I agree that they’ve done a great job. This seemed like a little bit of a shot at GM Ryan Grigson while speaking highly about his staff’s player development.

“We’ll take some time to hit the reset button, hit the recharge button, but we will grind and we will work and we’ll roll up our sleeves and we will do everything within our power that we possibly can to fight and get the division back and win a division championship again and get ourselves in position to make the playoffs and hopefully reach the mountain top. Until that happens, we’re going to fight and we’re going to grind and do everything we possibly can to make sure we do that, Pagano said.”

Pagano talked a lot especially in his opening statement but there was very little to take out of the press conference. He hadn’t meet with Jim Irsay about his future at the time. He thought he would be back as the coach next year and as of right now it looks like that is the case. Irsay better hope he is right this time because this is not a popular move to the fan base. Andrew Luck will be 28 years old when he plays his next game. They can’t afford to continue to waste him.

All Quotes Courtesy of the Indianapolis Colts PR Department