Some Tips for the Next Bills Coaching Staff by @evancdent 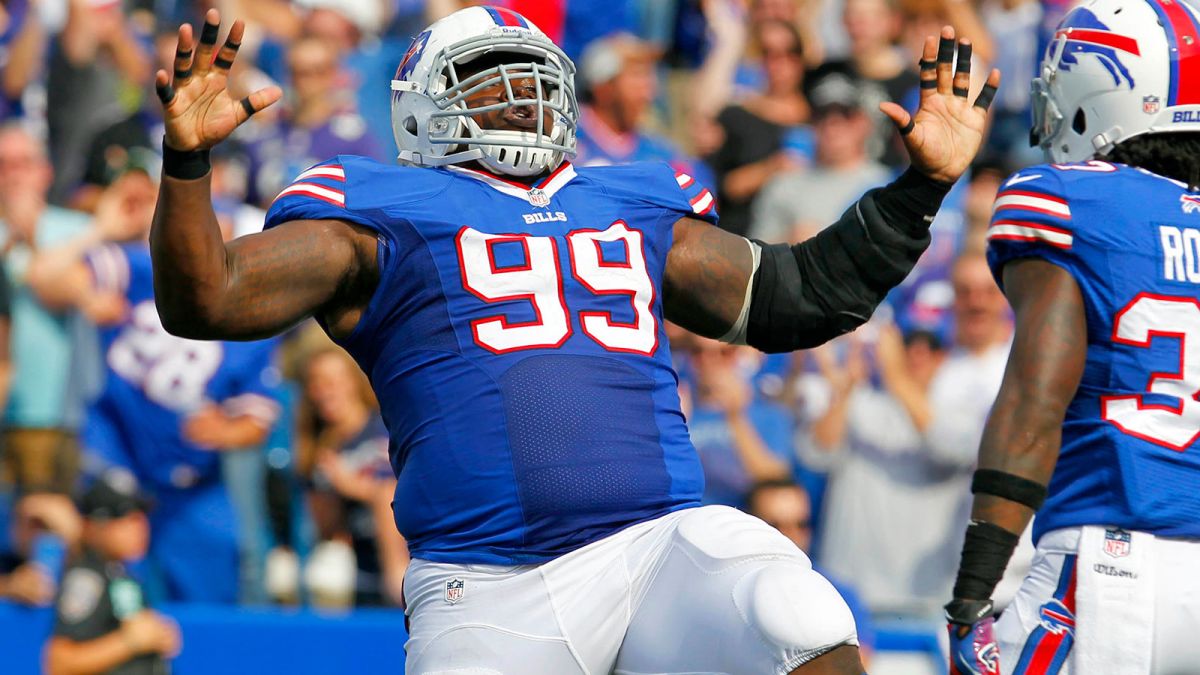 Some Tips for the Next Bills Coaching Staff by @evancdent

Though we’re not sure who exactly is going to hire the next coach, whether the Pegulas will simply rubber stamp Doug Whaley’s choice, or whether Russ Brandon will write the names down of every candidate on a slip of paper and burn them till one produces white smoke, we do know that the Bills will have a new coach next season. While it briefly seemed that Anthony Lynn was a shoo-in for the position, so that the Bills could fire Rex but also have that much-desired continuity, Lynn is now interviewing with other teams, and may want to jump off the Bills’ organizational Titanic while he still can. The Bills have prepared themselves for this by broadening their interview net, reportedly scheduling meetings with Panthers defensive coordinator (referred to as DC or OC for here on out) Sean McDermott, Dolphins DC Vance Joseph, Cardinals OC Harold Goodwin, and Lions DC Teryl Austin, among others.

I won’t pretend to have an extensive knowledge of all these coaches and the schemes they run; I’ve already stanned on this very website for the hire of Lions OC Jim Bob Cooter, for name-related reasons only. But I don’t think it’s that hard to identify some basic things that the ideal coach (and his staff) would bring to the Bills. With these suggestions, I’m assuming that Doug Whaley, because of his, um, unclear at best job title, doesn’t feel he has the job security to propose a total rebuild, and will instead look for a coach that will make the Bills into 2017 playoff contenders.

Joe Buscaglia has pointed this out already, but it bears repeating: the Bills defensive personnel are better suited for a 4-3 than whatever Rex Ryan’s hamfisted, all in, “hybrid,” fully pregnant 3-4 scheme was. The defense was at its best – under Schwartz, basically – when the players were in their best positions, and struggled to adapt to Rex’s all-important scheme. For one example: it’s a waste of Marcel Dareus’s considerable talents to use him as a gap stuffer as opposed to an all out wrecking ball who can play the run and rush the passer with equal aplomb. He’s the guy you gave a massive contract to, a game changer, and, obviously, should be used as such. Guys like Jerry Hughes and Preston Brown were all slightly or very out of position in the 3-4. While returning the defense back to a 4-3 scheme won’t automatically bring the defense back to the top 5 force it was in 2014, I have little doubt that it would have better results than Rex’s scheme, which, as you probably painfully recall, gave up the three biggest rushing results of the year.

In terms of coaching candidates, this mostly comes down to adaptability. If the coach (or the coordinator they’re hiring to scheme the defense) ran a 4-3 at his old gig, like McDermott, perfect. If they ran a 3-4, make sure that they’re willing to adapt their system to the players’ strengths. That sounds simple enough, but some coaches – and here I’m looking at a guy who repeatedly insisted that his defensive record spoke for itself and drove a gigantic, gauche, Bills themed pickup truck – aren’t humble enough to do that.

The secondary will also need a lot of help, with Aaron Williams (rightfully) considering retirement and Stephon Gilmore seemingly on his way out, but that problem will not fall on the coach alone – the Bills will need to invest heavily in either the draft of free agency to make sure that there are at-the-very-least-competent bodies on the backend. Whether the new coach is focused on zone coverage or sticks to a man-focused scheme, the pieces need to be there to enable success.

On the offensive side, keep it simple, stupid. You have LeSean McCoy and a good offensive line. It ain’t broke, so don’t fix it. Pair that running game with the next point, and you’ve got yourselves an elite offense.

No matter what side of the Tyrod option debate you’re on, the new coach and his offensive coordinator will need to focus on their quarterback.  If you’re keeping Tyrod (which is my preference, as it’s not my money and there’s no way they get someone immediately better), get a staff that recognizes his dual threat abilities and can continue to develop his throwing skills – a staff that will continue to mold him into a more consistent passer. With a healthy receiving crew and an ace coaching staff, Tyrod could have more Dolphins or Seahawks type games than stinkers.

If the Bills cut ties with Tyrod, they’ll probably be drafting a quarterback this year, signing a stopgap veteran, and setting up a three-way competition between Cardale, the vet, and the rookie. In this case, the Bills will really need a quarterback whisperer to make sure their passing game is good enough to prevent teams from stacking the box with eight defenders and shutting down the run game. That’s not the easiest thing in the world to do, but if they’re cutting Tyrod, it’s what they’ll have to do.

Who knows what was going on in the Bills locker room all season, but Sammy Watkins was calling for more discipline at the end of the season, and it seems like the players reacted well to Anthony Lynn’s reportedly more strict coaching style. I don’t think you have to be a hardass to be a successful NFL coach – Pete Carroll has something going in Seattle, and he seems to have fully embraced having fun – but having someone more strict than Rex and less of a prick than Doug Marrone seems like a good middle ground.

That’s about all I have, folks. Hopefully the new coach and his staff, whoever they are, follow these simple guidelines toward a better 2017 season. We won’t really know how good the new staff is until a year or so after they’ve been hired, but I’m sure people will have their takes ready the second that the hire is announced.