Two Sides of the Deal: Trading Paul Millsap to the Toronto Raptors 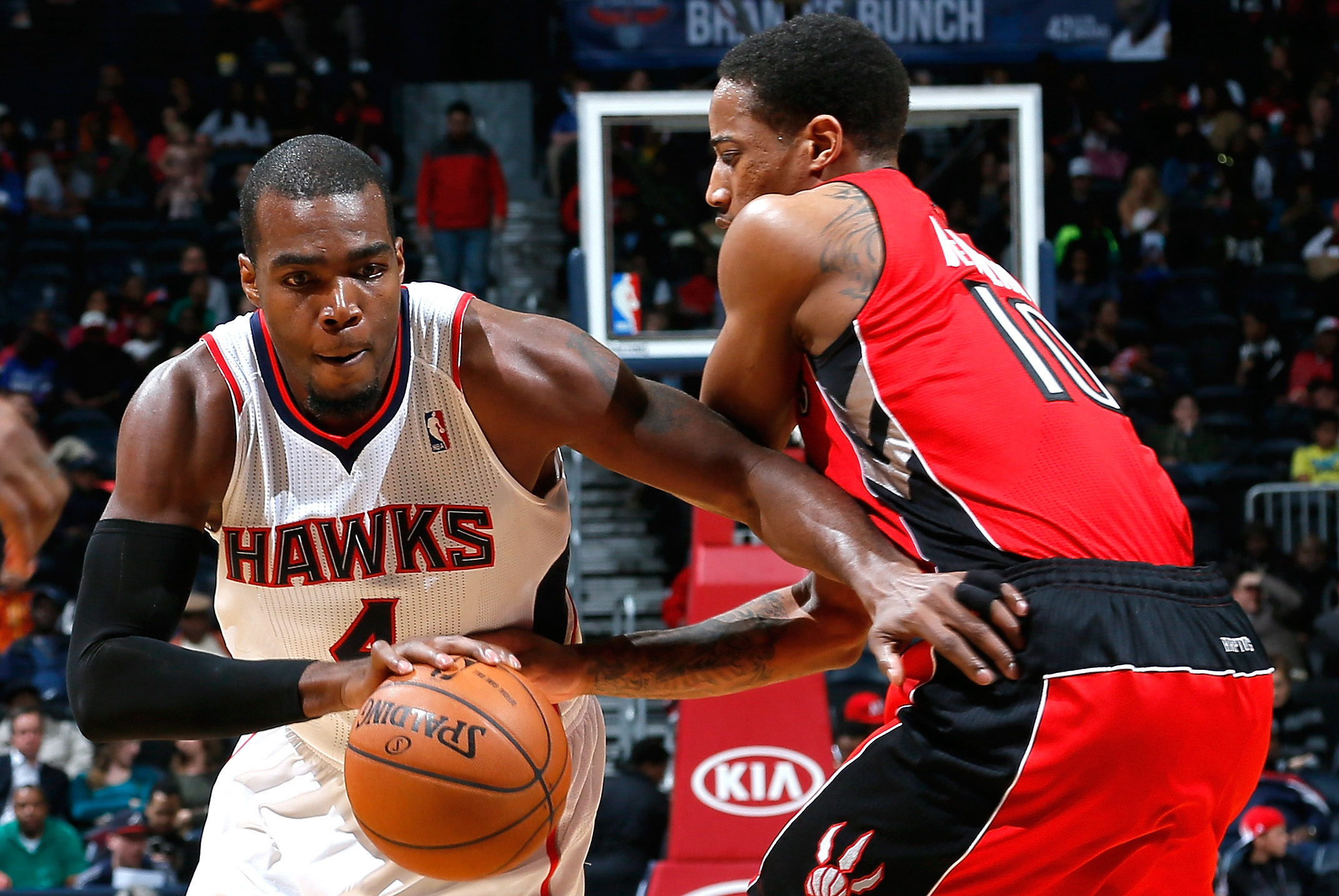 Two Sides of the Deal: Trading Paul Millsap to the Toronto Raptors

Two days ago, ESPN’s Brian Windhorst and Marc Stein reported that the Atlanta Hawks were set to explore trades for star player Paul Millsap. Millsap is a pending free agent and the Hawks would like to capitalize on his star status in a trade. So far this season, Millsap is averaging 17.8 points, 8.2 rebounds, 3.7 assists, and 1.5 steals per game.

It makes sense. After watching Al Horford leave for Boston with nothing to show for it, the Hawks would be wise to see what they can get for Millsap. The Hawks have some young players on the roster, but moving Millsap can only add one, or maybe even two pieces back to the roster for the long haul. Despite Millsap’s status as a pending free agent, teams should be willing to sacrifice a major asset for three months of Millsap, maybe even more with a playoff run.

To no one’s surprise, the team that makes the most sense in a Millsap trade is the Toronto Raptors. The Raptors have been looking for that upgrade at power forward for years. The upgrade from Patrick Patterson to Paul Millsap is transcendent for Toronto’s title chances. Offensively, it adds another all-around offensive threat around DeMar DeRozan and Kyle Lowry. Defensively, Millsap adds a big who can switch on the perimeter and stifle players at the rim.

But like most trades, we have to figure out how both sides can enter the room, negotiate players, and walk away happy from a trade. Let’s start from Toronto’s perspective.

My curiosity stems from the idea of Toronto adding Millsap and maybe one of Atlanta’s perimeter players. Kyle Korver would make sense as a floor-spacing wing. However, the guy I’m curious about is Thabo Sefolosha. Sefolosha isn’t the top-tier defender he once was, but he can still shuffle and stay in front of wing players and space the floor, even though he’s down to 31 percent from beyond the arc.

Regardless, Millsap gives them another two-way star player to join Lowry, and becomes another offensive option in stretches where one of DeRozan or Lowry heads to the bench. I personally feel like his versatility on defense will allow Valanciunas to stay on the floor a bit more, too. There will be stretches where he can even operate on offense in some non-Lowry lineups.

For all the talk of Millsap and what he adds to that offense, it’s what he can do defensively that really stands out for this team. Toronto sits second in the league in offensive efficiency with several talented lineups. The defense, ranking 19th in the league in defensive efficiency, could use the Millsap boost. Not only does he provide skill at the power forward position, but even some minutes at center. His ability to defend at the rim and on the perimeter could allow Toronto could play him alongside Carroll in some 4-5 lineups, while also offering enough flexibility to play alongside more traditional bigs like Valanciunas and Nogueira.

But what can Atlanta take from Toronto in a Paul Millsap trade?

It’s tricky because Toronto doesn’t have that one big contract to make the salaries match and their one ideal contract – Valanciunas – doesn’t match up with Atlanta’s roster, as they currently field Dwight Howard. Their next best contract is Terrence Ross at $10 million. Ross is having a fine season (18.3 PER, .593 TS%, +6.1 Net Rating) but doesn’t do much outside of scoring the basketball.

The combination of Ross’ $10.0 million and Patterson’s $6.0 million gets you close but doesn’t give Atlanta any assets. There are several pieces Toronto could offer, but no star player that stands out. If there’s one thing could hold up the deal, that could be it. Say Orlando decides to move Aaron Gordon for Paul Millsap (I don’t think they would), or if Denver comes to the table with some of their younger players, I find it tough for Toronto to match up.

The first piece I would want if I were Atlanta is Delon Wright. Wright, Toronto’s 2015 first round pick, is trapped behind Lowry and Joseph, two solid point guards. Atlanta doesn’t have much behind the recently extended Dennis Schröder. Sidelined with a shoulder injury this season, Wright could be a nice backup point guard for Atlanta on a rookie contract.

The second is 2016 first round pick Jakob Poeltl. Poeltl is a classic big man who can score in the post and run some pick and roll, and he has underrated athleticism. He’ll never be an elite rim protector, but Poeltl won’t be a complete negative on defense either. Howard is entrenched into the starting center position, but Poeltl could be a nice piece developing behind him. In time, Poeltl could evolve into a solid starting center option.

Last, but not least, Norm Powell is the guy I’m curious if Atlanta can pry from Toronto. Powell isn’t a player to hold up a trade for, but if I’m Toronto, I would be reluctant giving up both Ross and Powell, even if Toronto did acquire Sefolosha back in a deal. Powell is a good young player – an adequate 3-and-D wing – and has the feel of wing players the Hawks like. If I’m Toronto, I would rather give up a first round pick – one of their picks or Los Angeles’ 2017 first – instead of Powell.

The Raptors and Hawks make the most sense for a Millsap deal. The Hawks could recoup some assets back for Millsap and start the rebuild. The Raptors have this window of contention and adding Millsap could give them a realistic chance of beating the Cleveland Cavaliers. The question on both sides is could Toronto sneak one more asset back in that deal and how much can Atlanta get back for him.

Based on talks of Atlanta and Toronto agreeing to terms on a Millsap deal last summer, there’s a chance they can go back to the negotiation table and get it done this time.